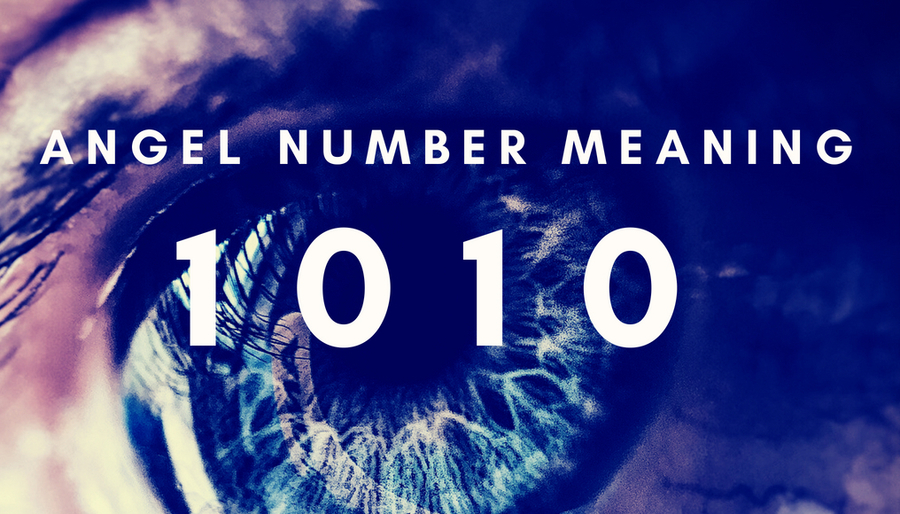 For SO many people around the globe, repeating number patterns are showing up everywhere. This will often begin with frequent sightings of 11:11, 22:22, 12:34, or other personally significant numbers which manage to grab your attention, and tune you into a more present and connected state.

Perhaps one day you glance over at the clock at exactly 11:11 in the morning, then your bill at lunch totals 11.11, then later that same day you see a car registration plate with the numbers 111… Coincidence? If this kind of series of events is happening to you on a regular basis, then I’m sure you don’t think so!

Numerology and the Meaning of Repeating Number Sequences (Angel Numbers)

In Numerology, every number has a resonant frequency, and this frequency holds an archetypal energy.  In basic terms, this means it means something! It holds much more information than just the quantity it describes in the math you learnt at school, so when a number keeps showing up in your life, the information it holds has a particular relevance for you. It contains a message that you need to hear.

Many people call these numbers “Angel Numbers” because they believe the information they contain is divinely guided and brought by the messengers of Spirit: Angels. And if you’re seeing these number messages sprinkle down on you, as if by magic, paving your path ahead, it’s easy to believe this is true.

To read more about the meaning behind repeating numbers 1 – 9, CLICK HERE.

But as well as these, there are other, slightly more esoteric and less straightforward number combinations that appear for many people. One of these is the number 1010.

Read on to discover more about this repeating pattern or download your free repeating numbers handbook here.

What is the Meaning of Angel Number 1010?

1010 is a composite number, made from only the 1 and the zero, and despite the extremely narrow numerical quality it offers, its message is dramatically clear.

Normally, in numerology, we sum and reduce numbers, to find their meaning.  But when number patterns like this appear, each number is significant in its own right (in this case, the 1 and the zero – see below).  So their individual meanings and resonance must be uncovered and understood before any attempt is made to sum and reduce.

What is the meaning of 1?

The number 1 comes first.  It holds an energy which is pioneering and assertive, initiating and motivating.  Those with this number in their personal numerology charts, as the Life Path, Expression or Soul Urge Numbers, for example, are often destined to become leaders of some kind. Even as children they stand out as the risk takers and the ones who are unafraid to go first.  It’s a number infused with bravery and courage and stands straight and tall, as a beacon of confidence.

Although there are other numbers deemed more “creative” – the numbers 3 and 6, for example, are two of the strongest symbols and containers for artistic and expressive energy – the number 1 is the only one which holds the initiating spark required for creativity to begin.  It is the raising of the curtain. The first step. The launch pad. The motivating force that every other number needs before their work can be done. 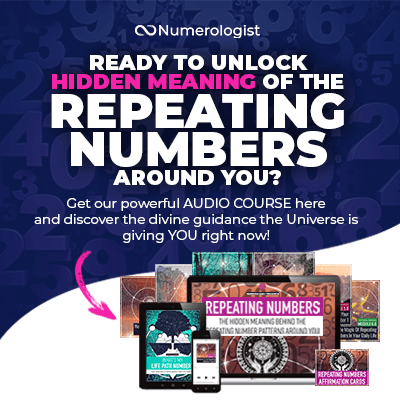 What is the meaning of 0?

The zero is such a fascinating number, not least because of the disagreements as to whether it even qualifies as a number at all.  Regarded by many as simply a placeholder (to differentiate 1 from 10, or 200 from 2000, for example) it appears as an absence of value rather than an expression of it. But in fact, it has a fascinating history (follow this link to find out more) and holds so much more power than it is normally recognized for.

The zero stands for potential. It is the void, the darkness, the center-point of the storm of creation.  But its emptiness isn’t to be discarded: it’s to be revered as the container in which everything and anything can grow.   The zero is the matrix of unlimited possibilities, the zero-point field and the originator of infinity.

These are not concepts that are easy to understand, especially from a left-brained, rational perspective, but the world of Spirit and archetype doesn’t always make logical sense. And without form or measurement to guide the senses (the zero can’t be seen as a geometric shape or pattern) this is a number to feel into.

It is untapped. Your untapped potential and the vastness of what you would be capable of, if you were without any of the limitations you believe you have.

What is the message of Angel Number 1010?

If you’re seeing the number pattern 1010 in your life, take note. As the combined force of the 1 and the zero, these numbers are bringing you a potent message.

As the very first marker at the beginning of the numerical cycle, the 1 is highly encouraging and urges you to inhabit a place of radical self-trust.  The zero amplifies this message, by placing you (the 1) within this zero-point field of unlimited potential. It’s a clear sign that you are capable of anything, but a reminder also, not to become scattered or paralyzed by choice.  Focus within. Tap into what your soul is calling you to do and be, tune into your higher path because this is the one whereon which you’ll find most fulfilment, and be of greatest service to the world.

The number 1 is exacting and sharp, determined and intense, so use this energy to move closer into alignment with your greatest potential, and not just sectioned up into many different versions of it.

If you are seeing angel number 1010 regularly, your eyes are being opened up to see the contrast of the wide, open zero, and the fixed, centred number 1 so that you can begin to use both.

It could be that you are currently scattering your focus and not doing enough of the work of personal excavation, to uncover what your true calling in life is. Perhaps you are spending too much time comparing your life to others, daydreaming without setting clear intentions and emotionally hopping from felt place to another? But without basing any of this in what will truly strengthen and nourish your own sense of self, your life-force is simply trickling away.

The field of influence you have around you IS important.  We’re only capable of imagining into existence what we are capable of perceiving.  So the frequent appearance of the zero in your life is offering a powerful reminder of the breadth of potential that exists around you.  But within this, center. Ground. Hold the strength of the 1 so that YOU are the guiding force through your life, and not the other way around, don’t let what inspires you the distraction from this truth.

What’s Next For You?

Open up to opportunities from unexpected places.  Say “yes” to conversations that feel good, and choose to follow what will bolster (and challenge) your beliefs, in order to empower your standing.

Anything IS possible for you!  This is the underlying message of angel 1010: Both the 1 and the zero are calling, and it is up to you to combine both of these energies, in order to get there!

BUT WHAT ABOUT OTHER REPEATING NUMBER PATTERN MEANINGS?

Are they just a coincidence? Or are they also significant in numerology … and beyond?

To uncover the answers, here are the links to some of our other Angel Number interpretations.

INTERESTED IN THE MEANING, SYMBOLISM, AND SIGNIFICANCE OF OTHER NUMBERS? CHECK OUT OUR BLOGS BELOW…

Does Angel Number 1010 constantly show up in your life at the moment?

Can you see where you have been resistant to moving on with your life?

Share your stories with the Numerologist community below, and let’s move to the next phase together.