Free Will Astrology? Discover What This Poetic Approach To Reading Your Horoscope Will Teach You About Yourself!

By The Numerologist Team
Astrology, Horoscopes

We often look at astrology as the science of the stars. However, Rob Brezny takes a more poetic approach to his work.

It’s so easy to get wrapped up in all of the science surrounding astrology. You look to your horoscope to find out what life has in store for you. Then you spend an eternity calculating the various core numerology numbers in your life to learn more.

“Aries, March, okay there it is. So this is what’s in line for my star sign this month.”

And when you’ve found what you’re looking for, you often need to research even further.

Wouldn’t it be nice to take a more irreverent approach to astrology? Instead of dealing with the science behind the horoscopes, you could just have a good time.

You want to get caught up in all of the myths and wonder that surround this most mysterious of sciences.

That’s where Rob Brezny comes in. Since 1980, he’s written the Free Will Astrology column, which gets syndicated to over 100 publications. Rob’s idea is to bring a little poetry and magic to his work. He wants to evoke the mysticism that surrounds astrology. And in doing so, he hopes to help you to free your mind and learn more about yourself than ever before. 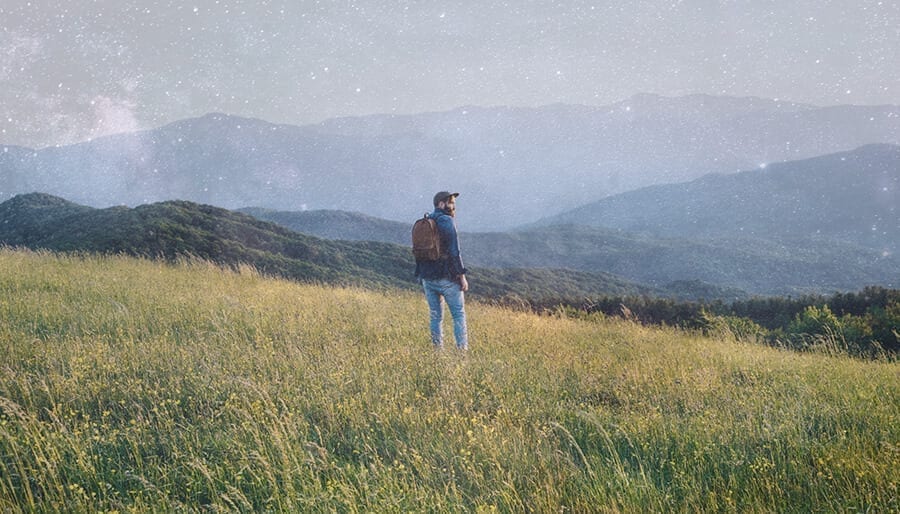 Free will astrology is a very polarizing thing.

It all started with Rob avoiding the astrology columns and horoscopes he found in the papers during the 1970s. Before his own explorations into the science, Rob hated to read what astrologers had to say about people’s lives.

This was his reasoning…

How could one person predict the future for so many people all at once? How could 1/12th of the planet’s population all follow the same path just because they’re a Pisces or a Scorpio?

After moving to Santa Cruz, he leafed through the classifieds in the hope of finding a bike for sale. That’s where he discovered this message:

“Good Times is looking for an astrology columnist. Submit a sample column for the week of January 26. Address to Editor, GT, 1100 Pacific Avenue, Santa Cruz, CA 95060.”

For some reason, the ad stuck out for him. He’d read the Good Times horoscope before and found it entertaining, even if he didn’t believe a word it said.

It’s not that Rob was a skeptic of astrology. On the contrary, he had a deeper knowledge than most. What he despised about the daily horoscopes was how they only focused on a single aspect of the science – the sun.

As he puts it:

“Any reputable practitioner would have told you, for instance, that in order to assess the cosmic energies with authenticity, you’d have to meditate on the movements and relationships of all the heavenly bodies, not just the sun.”

He felt conflicted. Rob wanted to take the job and start writing horoscopes. However, he didn’t want to publish what he perceived to be a fallacy. He didn’t want to spend his time telling millions of people what would happen in their lives based on sun signs alone.

He wanted to go deeper and unlock the secrets of free will in his horoscopes. And it was through that desire that Free Will Astrology was born.

Free Will Astrology is unlike any form of astrology you’ve encountered before. In fact, Brezny himself will tell you that what he writes is as much poetry as it is prophecy.

He wants to enrapture and entertain with his work. He doesn’t want you to believe that he can predict your future using your sun sign alone. Instead, he wants to go deeper and explore what he sees as the self-fulfilling prophecy.

In his work, Brezny still uses the 12 signs of the zodiac that we’re all familiar with. However, he puts a completely different spin on his work with them.

He believes that he creates a set of self-fulfilling prophecies with each of his horoscopes. As he puts it:

“…Therefore, couldn’t it be said that my oracles would be accurate by definition since anyone who regarded them seriously would subconsciously head in the directions I named?”

In other words, Brezny uses his horoscopes as a way to influence his readers. He’s not telling you what will happen. He’s planting seeds in your head based on his own interpretations. And because those who read his words may subconsciously want to believe them, they often become true.

He believes that his work can spark positivity and result in a proactive change within humanity. If his self-fulfilling prophecies come true, he hopes to bring the world into a more harmonious state.

But beyond that, he has his own reasons for pursuing his work. Brezny says:

“My secret long-term agenda, after all, was to build an imagination strong enough to gain regular access to the fourth dimension without the aid of psychedelics.”

Creating his horoscopes is a form of training for him that he hopes will allow him to access a dimension that few can see.

What Does Free Will Astrology Say About Your Life?

This is where things get complicated.

If Brezny doesn’t believe in the traditional horoscope, what kind of impact can his words truly have on your life?

We believe that it all comes down to what you think about the man himself. If you enjoy his interpretation of astrology, you’re more likely to experience things as he says you will.

After all, you’ll be more willing to feel his influence because of your belief in his work.

What we aim to do here is to provide you with a couple of samples. You’ll see straight away how he differs from regular astrologers. Each of these horoscopes is a forecast for a particular star sign, as told by Rob Brezny:

Instead of a traditional reading, Brezny recites a set of four quotes from fashion designer Vivienne Westwood. Perhaps the most interesting of these is the following:

“I’m attracted to people who are really true to themselves and who are always trying to do something that makes their life more interesting.”

Perhaps this is Brezny’s way of influencing the relationships that you build. But if you follow this idea of pursuing interesting people, are you really acting of your own free will?

Much like with his predictions for Aries, Brezny draws on another famous person for inspiration. In this case, it’s Sagittarian Jane Fonda.  He pulls a few quotes from her back catalogue, perhaps with the goal of using one Sagittarius to influence how the others act.

“One part of wisdom is knowing what you don’t need anymore and letting it go.”

There is definite truth to these words. Perhaps Brezny is simply telling you something that you already know but haven’t yet acted upon?

Rob Brezny takes a very different approach to astrology. He aims to entertain, while also influencing his readers’ free will through his work.

It’s very different from what we see in traditional astrology and we’re honestly not sure how we feel about it.

But there’s no denying the man’s success in the field. Perhaps he’s unlocked the answers after all and we’re just all following in his wake.

What do you think about Free Will Astrology? Is it legitimate or is Rob Brezny a charlatan? Let us know your opinions in the comments section below.

Horoscope: These Signs Will Find The Energy Shifts Of This Week EXTREMELY Challenging!
Horoscope: 3 Signs Will Be Exposed This Week. Will It Be You?!
Jupiter Retrograde Just Jumped Back Into Aquarius. Here's a Reminder About What You Must Do During T...