Astrology and horoscopes can help you to make the most important decisions in your life. In fact, several US Presidents have used them during their careers. 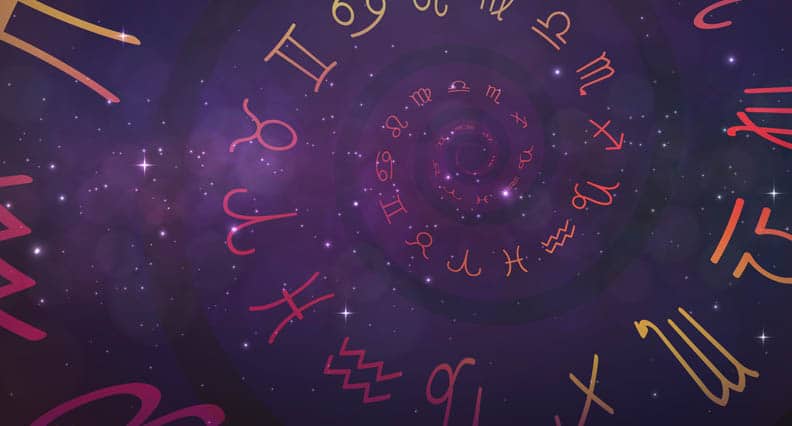 The United States President is one of the most powerful people on the planet.

But a lot of responsibility comes along with that power. The President has to make a ton of different decisions every single day.

It can get a little overwhelming.

With so many advisors pulling the President in all sorts of directions, it’s no surprise that some of them look to the stars.

The fact is that the White House has an interesting history when it comes to astrology and horoscopes. In fact, several US Presidents have relied on astrology to help them make key decisions.

And they’re not the only ones.

Some of the world’s leading entrepreneurs also use astrology and horoscopes to help them along.

Here, we’re going to look at how some truly powerful people rely on the planets to help them make key decisions. 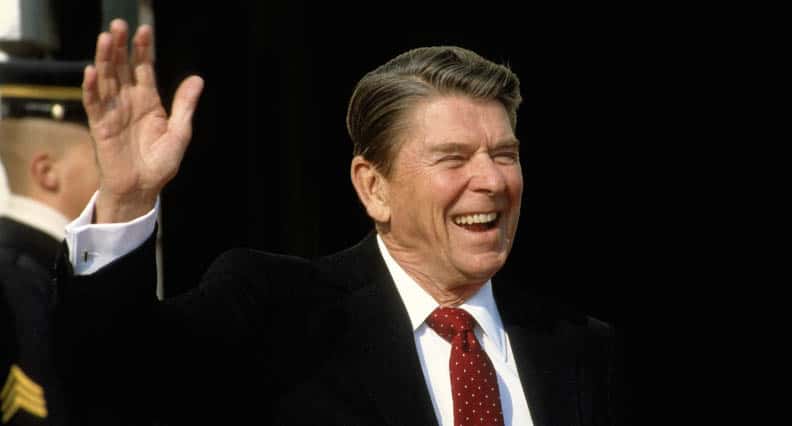 He may have been The Great Communicator, but many also saw Ronald Reagan as an amazing decision maker.

Reagan was the President who started making inroads with the Soviet Union at the height of the Cold War. During his eight-year tenure, he became one of the most admired Presidents of all time.

…at least among Republicans.

But he had a secret that many didn’t know until the late 1980s.

Ronald and his wife, Nancy, regularly consulted with an astrologer. In fact, they used astrology and horoscopes to help them make some of their biggest decisions.

That astrologer was Joan Quigley and the revelation that the Reagans used her created a mini-scandal in the 1980s. Reagan’s opponents poured scorn on him and even Nancy tried to backtrack in terms of the advice the couple received.

But the evidence is all there.

It appears that Quigley advised the Reagans on everything from scheduling to important decisions. Using astrology and horoscopes, she guided Reagan through some of the toughest choices he ever made.

She also wasn’t the only astrologer they used.

Long before Reagan entered the White House, he and Nancy consulted with astrologers.

That interest stretched back to the 1950s.

One thing is for sure. Ronald Reagan enjoyed tremendous success as both an actor and a politician. It appears that astrology and horoscopes played a key role in both areas.

Franklin Delano Roosevelt may be one of the most revered Presidents in US history.

He got elected to the country’s main office four times, making him the United States’ longest-serving President.

Many credit his New Deal with creating the American middle class. Plus, he introduced the idea of social security to the United States, which has benefited so many.

We don’t know a lot about just how much FDR relied on astrology and horoscopes.

However, we do know that one of his most trusted advisors used them.

He was well-known in the press as being a follower of astrologer and horoscopes. In the 1940s, a Washington Post story noted that he was: “<a> stargazer of many cults.”

While this has an insulting tone, we choose to take something positive from it.

After all, the Vice President clearly has a huge influence on the President’s decisions.

Serving between 1941 and 1945, Wallace worked with Roosevelt during a time of war. It was during this time that Roosevelt played a key part in creating the United Nations. Plus, he faced some of the toughest decisions during this period that any President will ever face.

It’s no stretch to say that astrology and horoscopes likely played a part in those decisions thanks to Wallace. 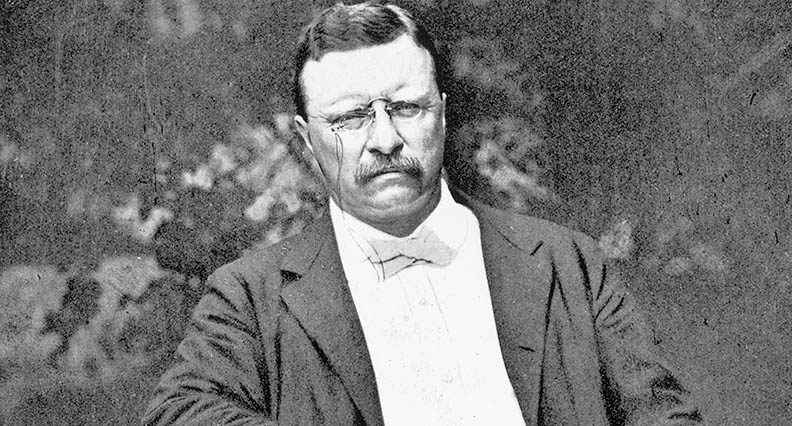 The other Roosevelt to serve in the White House was far more open about his use of astrology and horoscopes.

Theodore Roosevelt served as President between 1901 and 1909. During that time, he introduced the Square Deal. This prompted reform in American workplaces, particularly in terms of welfare and regulation.

He was also a war hero who survived an assassination attempt while giving a speech.

Roosevelt went on to complete that speech before seeking medical attention.

Finally, he played a key role in developing the United States into the superpower that it is today.

It was no secret that Roosevelt kept his eye on astrology and horoscopes. In fact, he mounted his horoscope on a special chess board located in the Oval Office.

When asked about it, he simply said:

“I always keep my weather eye on the opposition of my seventh house Moon to my first house Mars.”

It appears that Roosevelt wasn’t just a proponent of astrology. That quote alone seems to show that he was an expert in the field.

J.P. Morgan was one of the first titans of the American banking and financial industries. People still revere his name to this day for good reason.

He was the first person to ever become a billionaire.

Morgan was also an industrialist who played a key role in creating General Electric. Plus, he went on to found the Federal Steel Company.

It seems like everything that he touched turned to gold. By the time of his death in 1913, he’d achieved what no other person could have dreamt of at the time.

And it’s widely believed that he used astrology and horoscopes to influence his decisions.

Morgan said as much himself in a famous quote:

The simple message here is that J.P. Morgan credited astrology and horoscopes with helping him to achieve something amazing.

They were his secret weapons and they helped him to climb above all of the other business titans of his time.

And in doing so, he helped to shape the course of an entire nation for many years.

If you’re asked to name a famous businessperson from the beginning of the 20th century, what’s the first name to come to mind?

Morgan will be up there. 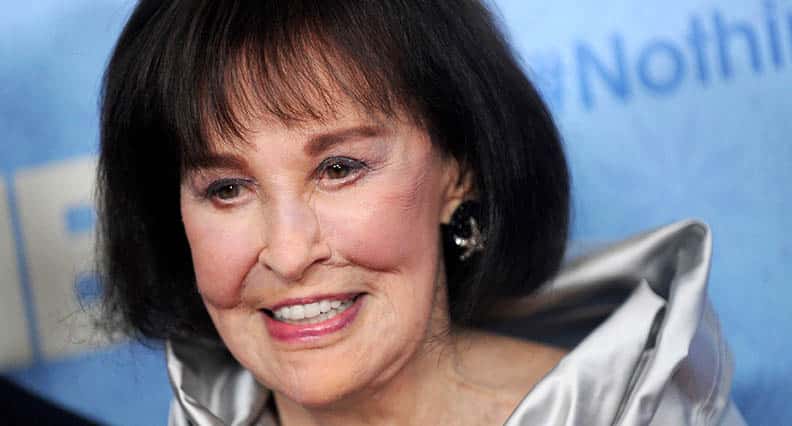 You may know Gloria Vanderbilt as the heiress to a huge fortune.

Or, you may know her as an artist, poet, and stage actress.

But it is in her business ventures that Vanderbilt made her own millions. She created GV Ltd. and won acclaim for her line of jeans that carried the signature swan logo of the brand.

She was a woman of many talents and her passing in 2019 was a true tragedy for the art and fashion worlds.

However, many don’t know that she was also a keen follower of astrology and horoscopes.

“I was born during an eclipse. I believe very much in astrology. If you were born on an eclipse it indicates your destiny is chaotic.”

Her life certainly reflected that belief. From her tumultuous childhood through to her many ventures, Vanderbilt lived the life of chaos that she believed that she would.

There’s no denying the impact that she had on the world. And her legacy lives on through her son, CNN anchor Anderson Cooper, who once said of his mother:

“I always thought of her as a visitor from another world, a traveler stranded here who’d come from a distant star that burned out long ago.”

While he may not have served as the President of the United States, Benjamin Franklin is still one of the country’s most important figures.

His work and discoveries helped to shape the entire future of the country.

Born as the 10th son of a soap maker in Boston, Franklin began working as an apprentice printer at 15 years old.

He later traveled to New York and moved onto Philadelphia when he failed to find work. It was here that he had some of his greatest success.

He bought The Pennsylvania Gazette in 1729 and soon started to devote himself to doing good. He founded the Junto, which dedicated itself to improving the lives of young working men. And his desire for social upheaval soon saw him make an impact on the political scene.

His journey through politics led to him becoming a key figure in the fight for American independence. And of course, his was one of the most important names on the United States Constitution.

And all of that is without mentioning his contributions to science. Without Franklin, it may have taken many more years to understand the nature of electricity. His kite experiment is among the most famous in the world.

It was during his time as a printer and publisher that his love of astrology and horoscopes became known. In his book, Poor Richard’s Almanac, he wrote:

“Oh the wonderful knowledge to be found in the stars. Even the smallest things are written there…if you had but skill to read.”

Find the Skill to Read

From Presidents through to business titans, many of the most successful Americans rely on astrology.

This list highlights six tremendously influential people who used it. They are some of the key decision makers and business minds in the country’s history.

And each of them believed that astrology played a role in their success.

Perhaps your own success is waiting just around the corner. If you use astrology and horoscopes in the same fashion, you may achieve remarkable things in your own life.

Perhaps the planets have something special to say about you.

What do you think about how these famous people used astrology? Do you have any more examples that you can share with us? Let us know in the comments below.