Taking Pluto Out of Pandora’s Box: Understanding How Pluto Affects Your Karma & Transformation

By Crystal B.
Astrology

Taking Pluto Out of Pandora’s Box: Understanding How Pluto Affects Your Karma & Transformation 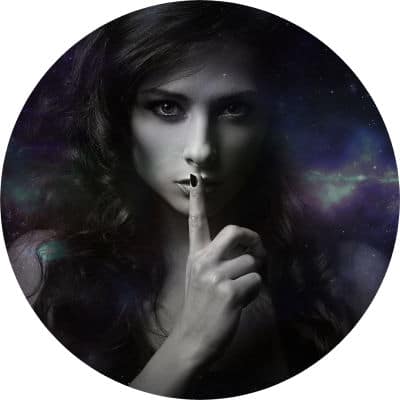 PinAstrology is very much connected to mythology.  The planets have a lot of connections with all of the stories about the Gods.  There are many great mythological tales – but one of my favorites is about a woman named Pandora. Her story is an important one and helps us connect deeper to the meaning of Pluto – the planet of karmic transformation.  As you will soon see, Pandora’s Box and Pluto go hand in hand.

The Story of Pandora

To make a very long story short, Pandora was a lovely girl who lived in a worry- problem free world (or at least she thought). But one day everything changed as it always does for all of us. She gave into temptation (as we all do from time to time) and her world was turned upside down. We will soon see, however, that sometimes we need to be turned in a different direction in order to get where we need to go.

Pandora’s story began when her father Zeus, king of the Gods, decided to give her a very special box. It was a beautiful box made of the most sparkling jewels. A mere glance would make anyone want to open it and see what other treasures were inside. The caveat of course was that there was a lock protecting the contents and strict instructions came along with the gift.

Zeus told Pandora that she was “NEVER to open it – under any circumstances”. He gave the key to her husband to safeguard and also told him not to open it. Now, we all know that the story doesn’t end here. How many people, after all, could really not give into the temptation that would be calling every single day.

So despite the strict warning, eventually Pandora (who was ever full of curiosity) gave in to the call to open that beautiful box. The truth is that she had a hard time being an obedient daughter anyway. No matter if we’re rebels at heart or not, curiosity does tend to get the best of us. Temptations of all kinds can be very hard to escape.

One night, when her husband was sleeping, Pandora stole the key that Zeus gave him and decided to open the box. She could hardly contain her excitement as she turned the key. Her moment was so close to see all the precious contents that were protected so carefully.

Unfortunately, her excitement disappeared and turned quickly into horror. Instead of things getting prettier, they got ugly. Very very ugly. When Pandora opened the box all of these monstrous bugs flew out creating one of the most horrible sites our eyes could see.

All of that ugliness turned out to be all of the monstrosities of the world like hate, envy and sickness.  Pandora quickly tried to close the box—but it was too late.  All of the harsh things about the world and human kind were released.

The saying “opening up a Pandora’s Box” comes from this very tale.

Pluto, the Planet of Karma and Transformation 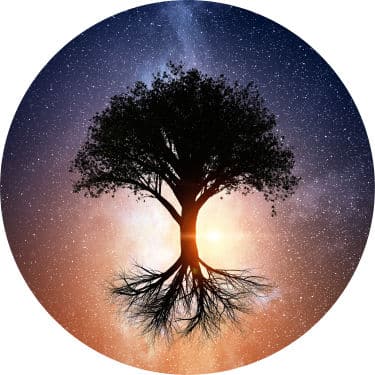 PinPluto, the planet in astrology that represents our karma and transformation, is very much like Pandora’s Box. The place that he is lives in our astrology charts can represent where our deepest transformations take place. Pluto can also represent all the monsters that we’ve had to beat down through the years – which include worries, ugliness and fear. This is the planet that can take us down to the depths of the lowest of the low. His favorite place to linger is in the underworld.

At the same time, however, Pluto is the very planet that can help to empower us and lift us back up again. He is not only the force of death & destruction but rebirth and transformation. A new beginning of great magnitude will always come along for the Pluto ride.

Which now brings me to the last part of my story about Pandora and her box. There is a positive twist that I need to mention that is important to the ending of this important and symbolic tale.

Pandora brought the box back to her husband in order to show him the ugliness she had discovered. When she opened the box one last time to show him, something spectacular happened. Instead of all the ugliness the beautiful and colorful butterfly emerged.

And this is where a ray of sunshine comes into play. In the myth, the butterfly represents hope. Alongside all that bad that came out, we were granted hope alongside it.

This paradox is similar to the energy of Pluto and how he can affect our own personal lives. Wherever Pluto decides to takes us down – he grants us the same ability to rise us back up and restore all that was lost.

The rebuild of what was lost is never easy. It does eventually happen though with a determined mind. When it does the final result is usually a lot more solid then what was there before. The key to Pluto is to keep hope through the destruction. Eventually he’ll help to rise us back up to something greater than before. He’s can be the butterfly that emerges out of the cocoon of darkness.

How Does Pluto Affect You

Pluto is one of the slowest moving planets, which means that when he comes around to affect us it usually takes several years to go through the entire process of transformation. Some of us will never experience Pluto transits as strongly as others. It all depends on our personal astrology and where transiting Pluto is moving through.

The most radical Pluto transits take place when he crosses over the main quadrants of our charts. These 4 important points are:  1st House (Ascendant/Rising Sign), 4th House (IC), 7th house (Descendant) and 10th house (Midheaven).

Here’s a brief explanation of Pluto’s effects on these important axis in our astrology. The most important thing to discover when we realize we’re under a Pluto transit is not to fear it.  Pluto wants us to stare him down and use his awareness to realign with our karmic mission and true purpose. Check out your personal astrology chart and see where transiting Pluto is operating here.

1st House (Ascendant/Rising Sign): Your identity goes through a major shake-up, release and transformation. An entirely new look will surround you on both your interior and exterior. Unexplored pieces of your psyche begin to surface in order to be dealt with accordingly. Major psychological changes begin to take place that help you get more in tune with who you truly are.

4th House (IC): Matters involving your family and home go through a radical transformation. Karmic situations may be encountered in regards to family members or a parent. Childhood memories could re-surface and secrets may be revealed pertaining to the past. Some people transform their place of living radically or decide to make a radical move where they need to completely rebuild their home surroundings.

7th house (Descendant): Relationships become a very important focal point of your life. What you desire in an intimate one-on-one partnership becomes very apparent. Your wants and needs come bubbling to the surface in order to be met. If a current relationship isn’t meeting your deepest needs, you may decide to let it go. You will likely also come into contact with influential and powerful people.