Has the Angel Number  28 been showing up for you recently?

Been seeing it on digital clocks, devices, paperwork or license plates? In today’s digital world, numbers, and Angel sequences are one of the very best ways the Divine (the universe, Source, God, Goddess... whatever you wanna call it) grabs our attention. It's been going on for years now (have you noticed?) but seems to be accelerating...

This means, it’s highly likely that the Spirits are using numbers just like this one, to call you up – and it’s time you listened. 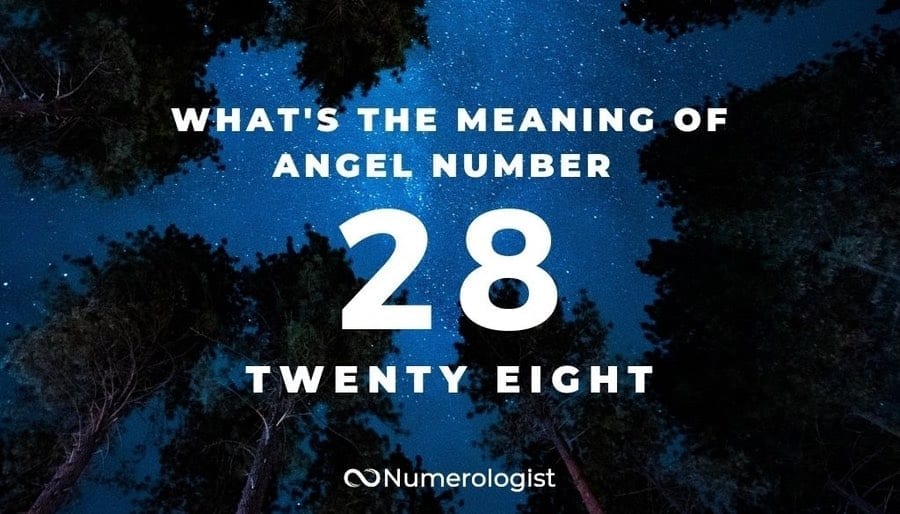 What Does Angel Number 28 Mean?

The number 28 is what’s known as a composite number. Which means it’s meaning is born from the numbers 2 and 8.

*Normally, in numerology, we sum and reduce numbers to a single digit to find their core meaning (in this case, 2 + 8 = 10, and 1 + 0 = 1). But when Angel numbers like this appear, each number alone has huge significance. That means, the 2, 8 and the number 1 all have a frequency to bear, and a message to bring.

So to dig a little deeper into the meaning of this oh-so-powerful number, let's break it down...

Meaning & Frequency of the Number 2

The number 2 is feminine in nature. It holds many of the essentially feminine qualities, such as receptivity, creativity and intuition. It pertains to relationships, and receptivity, cooperation, and coupledom. This number is also a deeply psychic, spiritual and intuitive number. The 2 also symbolizes healing, and in numerology, it brings unity and wholeness in a way that no other number can.

READ: MEANING, MYSTERY, AND MAGIC OF THE NUMBER 2

Meaning & Frequency of the Number 8

In almost all systems of Numerology, eight is the number of renewal.

It often pertains to power and money (those being the most common languages we speak these days) but in fact, the number 8 brings balance. Just like the eternal flow of the infinity symbol (which is the same as the single digit 8 on its side), the energy of the eight must keep moving. It falls, and it rises, it builds and it destroys.

The 8 is both constant and extreme.

READ: MEANING, MYSTERY, AND MAGIC OF THE NUMBER 8

In Numerology, the 1 is the beginning, the very first of all numbers. It brings new beginnings. It holds an energy that is independent, pioneering, initiating and motivating. Numerologists regard the 1 as masculine (though bear in mind there's no gender bias in numerology). So it symbolizes the most primal and traditional masculine traits, such as ambition, confidence, bravery, and self-expression. This number is closely related to the ego and the self.

Read: MEANING, MYSTERY, AND MAGIC OF THE NUMBER 1

This number comes as a powerful sign that intuition and psychic awareness are your guides right now. Your Angels are calling you in a very specific direction, to make very specific connections. So it’s imperative that you listen in, as something big is coming your way.

Whenever numbers containing the 2 appear in your life, it’s an invitation to tune into Spirit. And here within the number 28, you also need to place your trust in relationships. Because these connections to other people are to be the source of your empowerment.

Are you a very independent person?

Often, this Angel Number shows up in the lives of people who are trying to go it alone and find success on their own terms. Sound familiar? Well, you’re in luck - the 8, here inside number 28, serves as a sign that success IS close! This is a powerful indicator that all you desire IS achingly close by! So be reassured - your turn has arrived!

But before you quite get there, you need to do something just a little bit differently, from what you're used to...

Angel Number 28: Trusting Others is Your Route to Empowerment

Your Angels are using this Number to urge you to reach out. Seek support, cooperation, compromise. The way to greatness isn’t alone – you need to do it with the presence of others. Be a teamworker - you have SO much to learn from being alongside others, and not just racing ahead of them.

But crucially, you must offer them your trust.

Sometimes, it can feel like a weakness to lean on others. To need somebody else can feel like a personal lack. But this Angel Number is appearing right now, to tell you the opposite is true. Placing your trust in others at this time could be exactly what will lead you into a place of empowerment. 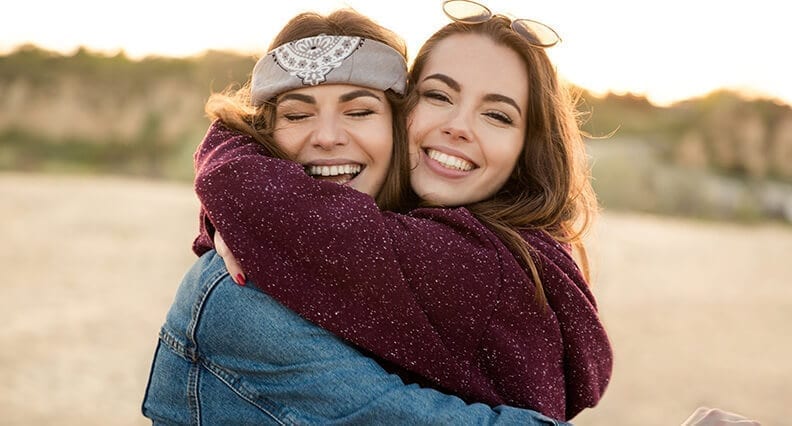 Angel Number 28: Obstacles are Here to Teach You Endurance

As the number of challenges, the meaning of the number 8 can also indicate obstacles which are appearing (or soon to appear) on your path. It’s vital for you to realize that any difficulties you're facing right now are simply that - obstacles – and not signs that you have strayed from your path.

The Number 28 is showing up to remind you that the flow between ease and effort is natural.

Do not be put off by challenges. Endurance is part of your journey so keep on going. Your Spirit Guides and Angels want you to move forward with confidence and strength.

You have everything to gain! So don’t buckle at the last hurdle. Don’t sabotage your chances of success. You are SO close to achieving your goals!

Ultimately, the underlying frequency of the number 28 aligns with the radical self-trust required to break new ground, and become a pioneer.

You have been working for SO long now, to reach a place of success and achievement. And this Angel Number is calling you onward! There is no need to wonder if you’ve been doing the ‘right’ thing, or if your efforts are worthwhile.

The message of this number IS all the spiritual encouragement you need. You hold a great deal of power right now, and have the capacity to positively influence a great number of people. The numbers 2 and 8 combine to create the 1 (2 + 8 = 10, and 1 + 0 = 1) symbolizes confidence, leadership and authority. And these are your allies right now.

And an entirely new paradigm will open up to you

OK, Let's backtrack for a moment. Are you new to Angel Numbers?

Angels are the messengers of Spirit. They communicate with us through many forms and languages, including numbers. Today's world is so highly digitalized, that numbers are everywhere (have you noticed!)) which makes it easy for Angels to speak through them.

Think about it - repeating number sequences like 3333, 4444 and even Angel Number 911 are actually designed to catch your attention! It's important to realize that when certain number codes appear on the calendar, the clock,  or anywhere else in plain sight, they’re actually sacred symbols. The purpose of these repeating number patterns is to break the spell of the matrix, and to draw your attention towards the divine vibration of you and the Universe.

One of the first people to start publicly interpreting the meanings behind number sequences a few years ago was Doreen Virtue. But once you know some basic numerology, you can do this too. Many people even use number patterns as a way to connect with guardian angels on a regular basis … and with a little practice, this is also something you can do, too.

Wondering if the Numbers 2, 8 or 1 appear in your Numerology Chart?

Maybe it's your Life Path Number, Destiny Number / Expression Number, or Soul Urge Number (in which case, you really want to know!)

Click on the link below, enter your birth date and we'll calculate your core Numbers in a free numerology reading.

Now if you've been seeing Angel Number 28 pop up in your life, then we wanna know about it!

Share with us where it's appeared, in the comments below! 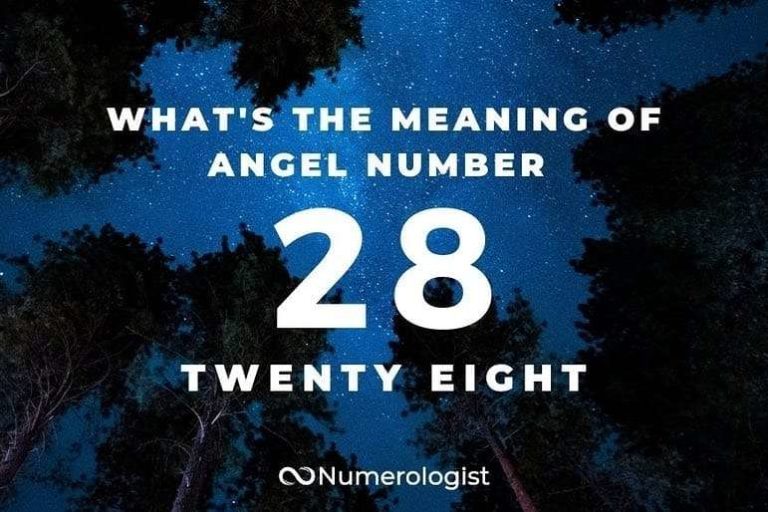 How Will This Connective Number Show You That Trusting Others Will Lead You To Self-Empowerment? (Meaning of Angel Number 28)

Has the Angel Number  28 been showing up for you recently? Been seeing it on digital clocks, devices, paperwork or license plates? In today’s digital world, numbers, and Angel sequences are one of the very…