Ronald Reagan was well-known as The Great Communicator during his time in the White House. He was an excellent decision maker. But there’s a key astrology secret that lies behind his success.

The greatest leaders in the world rise and fall on the power of their decisions.

In the end, that’s all that leadership is. It’s the ability to take the information that you have and make crucial decisions based upon it.

Ronald Reagan is one of the more revered US presidents of all time because of his ability to make the tough decisions.

But what many don’t know is that there was an astrology secret behind The Great Communicator’s success. 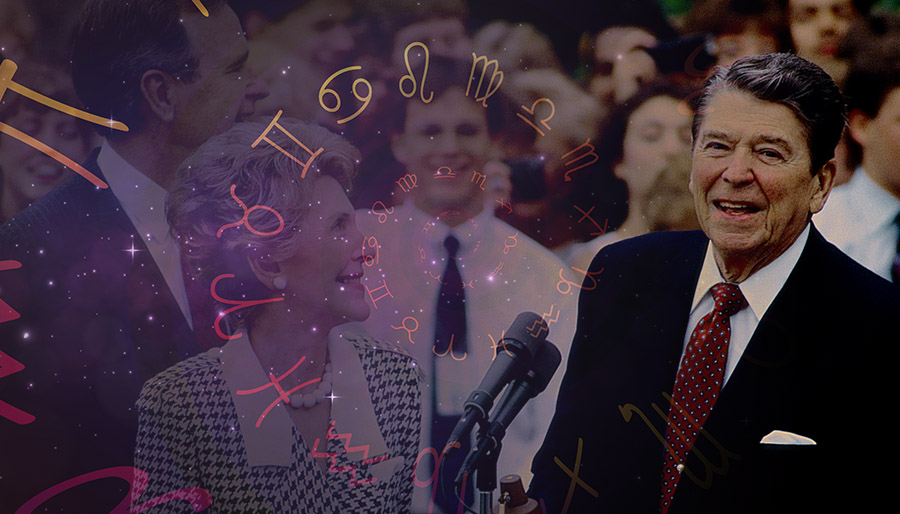 Reagan’s Time in the White House

Born under the sign of Aquarius, Ronald Reagan was an actor long before he became a politician. As a star of the silver screen, he earned the adoration of millions.

And he turned that adoration into a successful bid for the presidency.

Reagan ascended to the nation’s leading position in 1981 and served for two terms. In many ways, his leadership defined the 1980s in the United States.

Many key moments occurred during his presidency. Reagan was the first president to appoint a woman to the Supreme Court. His work led to the end of the recession that the United States experienced in the early-1980s. And he played a key role in opening negotiations with the Soviet Union during the Cold War era.

It’s fair to say that Regan had plenty of tough decisions to make during his presidency.

But it wasn’t until nearly the end of his tenure that his big astrology secret came out.

Joan Quigley and the Role She Played in Reagan’s Presidency

In For the Record, published in 1988, Reagan’s former chief of staff spilled the beans on what was a closely guarded secret at the time.

“Virtually every major move and decision the Reagans made during my time as White House Chief of Staff was cleared in advance with a woman in San Francisco who drew up horoscopes to make certain that the planets were in a favorable alignment for the enterprise.”

The cat was out of the bag.

Americans realized that their president used astrology to make some of his key decisions. And it wasn’t long before journalists tracked down the astrologist that Reagan consulted on a near-daily basis.

Joan Quigley was the astrologer in question. And the role she played in key White House decisions made national headlines.

In 1990, she spoke to The Los Angeles Times about the role she played:

“I would participate in a more intimate way than the publicly recognized insiders of greatest importance.”

She went on to say that she played a key role in helping Reagan make the decision to open negotiations with the “evil empire” of the Soviet Union.

The Reaction at the Time

Unfortunately, the reaction to this revelation was…less than positive.

Reagan’s opponents immediately seized upon the president’s use of astrology to pour scorn on him. They questioned his decision-making abilities despite his track record of making good choices.

It was a tough time for the Reagans.

Even Nancy Reagan, who had hired Quigley in the first place, started to distance herself from the astrologer. 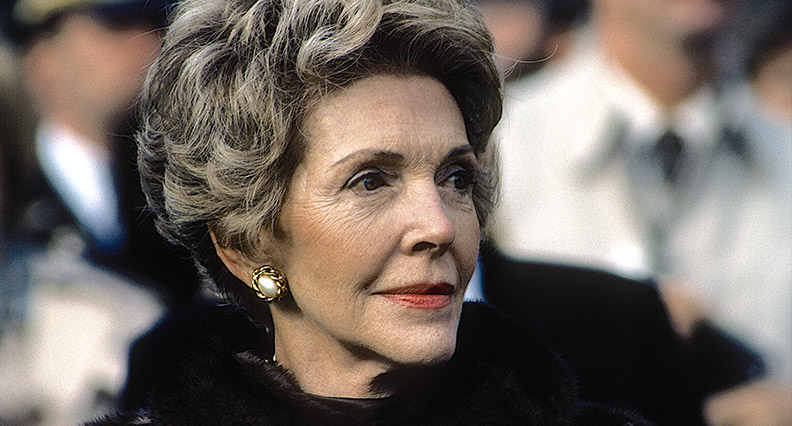 It came out that she’d always paid Quigley through a third party. This showed that the Reagans worried about what would happen if the president’s secret came out. They tried to cover their tracks despite the fact that astrology helped them in so many ways.

Nancy even claimed that Quigley played a very minor role in decision-making. In her own memoir, My Turn, she wrote that:

“While astrology was a factor in determining Ronnie’s schedule, it was never the only one, and no political decision was ever based on it.”

So which one was it?

Did Joan Quigley play the huge role that she claimed to play after the news broke? Or was she simply a consultant among many others who contributed in a small way to scheduling?

Perhaps the answer lies in the Reagans’ long-running association with astrology.

A Relationship Stretching Back for Decades

Nancy Reagan’s relationship with Joan Quigley stretched back much further than her husband’s presidency.

Nancy first met Quigley on an episode of The Merv Griffin Show. From there, Quigley became Nancy’s astrologer. Reports claim that Quigley offered her advice to Reagan in the 1970s. In fact, she played a key role during Reagan’s 1976 bid for the Republican presidential nomination. 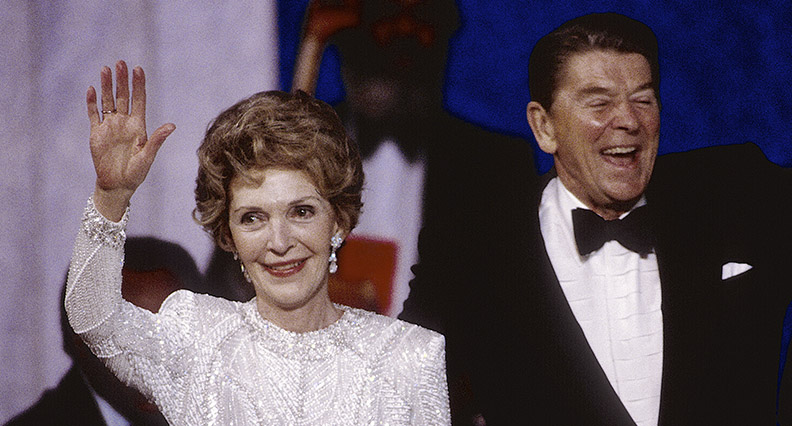 Quigley also said that she could have helped Ronal Reagan avoid the attempt made on his life in 1981. The assassination attempt resulted in a bullet missing Reagan’s heart by just one inch. And Quigley apparently once said that she wished that Nancy had called her earlier in the day. She could have advised her to change Ronald’s schedule so he would avoid the assassination attempt.

What’s clear is that the relationship between the Reagans and Quigley runs far deeper than Nancy claimed.

They relied upon her for everything from scheduling to key decision making.

In fact, it appears that Nancy set up a private phone line in the White House specifically for calling Quigley. A second phone line in Camp David reinforces the importance that astrology played in Reagan’s work as president.

Three Tips for Making Decisions With the Help of Astrology

It’s clear to us that Joan Quigley played a massive role in the Reagans’ lives. Her guidance led them towards some of the most important decisions that Ronald ever made in his presidency. 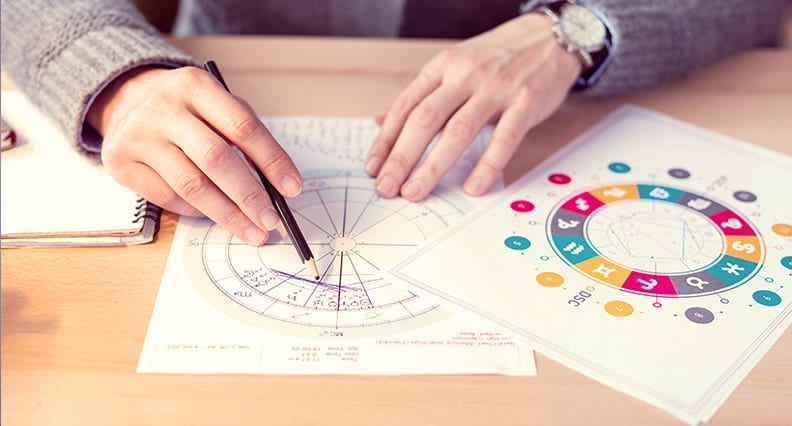 And it is partially thanks to her astrology expertise that Reagan is recognized as such an important president.

The Reagans’ reaction to their big secret getting out is simply a case of political backtracking. The use of astrology gave ammo to the couple’s enemies.

But the truth is that it played a key role in some of Ronald Reagan’s most important decisions.

It can do the same for you. We have three ways that you can use astrology to help with decision making.

Tip #1 – Understand How Your Sign Affects Your Decision Making

Ronald Reagan was an Aquarius. This made him a forward-thinking decision maker, which his attempts to open negotiations with the Soviet Union showed. He recognized that the Cold War would only lead to more hurt and anger. So, he looked forward and made the decision to bring about change. 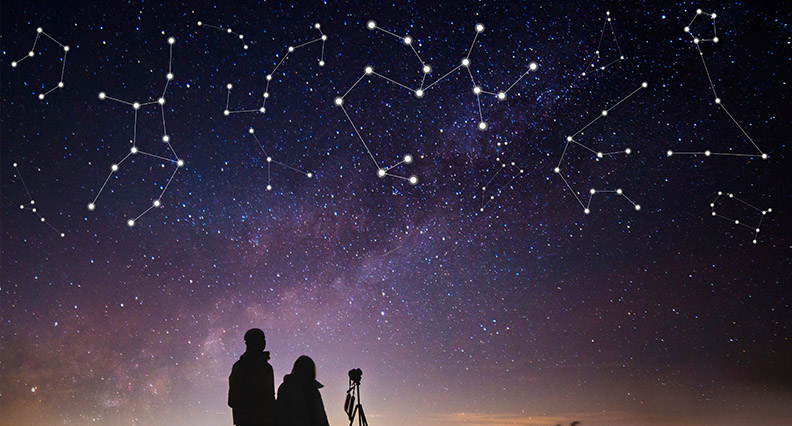 He also thought thoroughly before acting. Perhaps in this sense, his relationship with Joan Quigley makes sense. She was one of many people who advised him on important matters. Reagan’s sign prompted him to take that information and combine it with everything else to make decisions.

Your own sign has a similar effect on your decision making.

Scorpios have a resourcefulness that makes them ideal for making tough decisions. Leos tend to make unwavering decisions and have little room for flexibility.

Discover what your sign says about your own decision-making process. You’ll understand the factors at play that influence your choices more readily.

Compare the planetary positions to what you see on your birth chart.

We can speculate that this is the technique that Quigley used when helping Reagan with his scheduling.

She helped him to choose specific times to take action based on planetary alignments. In many cases, this is a backward process. You use your birth chart to identify the worst times and work from there. Eventually, you’ll come upon a time that provides the energies needed to achieve whatever your goal is.

This works when trying to figure out the timing for almost anything in your life. From making a key business decision through to buying a house, birth charting is a very effective tool.

It’s not just timing that you have to consider when making a decision. 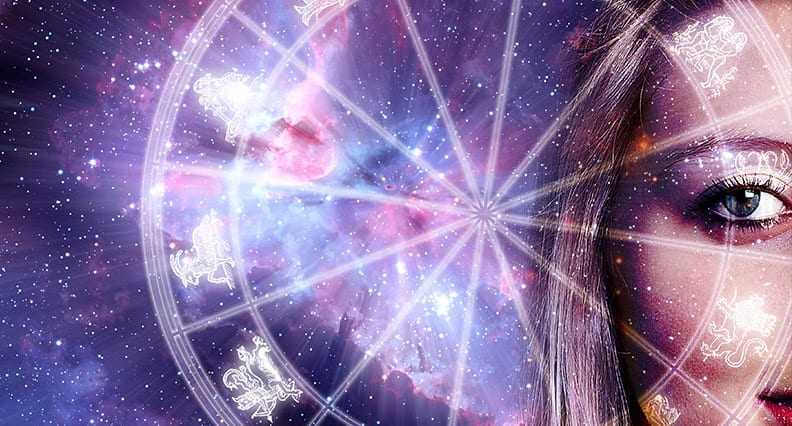 The question itself is of the utmost importance.

Should I marry this person? Should we move in together?

Will taking this action in my business lead to profit?

Horary is the technique that astrologers use to answer very specific questions. Your horary chart can help you to determine the likelihood of a specific thing happening. It can even help you find lost things and help you discover potential obstacles.

But it requires the help of an experienced astrologer to work correctly.

Use the Power That Served Reagan

Ronald Reagan used astrology to help him make the big decisions in his presidency.

Of that, we have no doubt. It’s confirmed by his wife, associates, and the astrologer herself.

This remarkable power guided him through some of the most important decisions that any US president has ever had to make. Thanks to this guidance, Reagan started to melt the ice of the Cold War.

He created forward-thinking policies and had one of the most successful presidencies in recent memory.

Perhaps you can use that same power to help you with your own decisions.

Now it’s time to tell us what you think about Ronald Reagan’s big secret. Did astrology really play a huge role in his presidency? How do you think it changed his outlook? Let us know in the comments below.