What is the Crown Chakra?

By The Numerologist TeamFebruary 14, 2019 Chakra

What is the Crown Chakra?

The Crown Chakra is the uppermost chakra connected to the human body. Situated on the crown of the head, it’s often referred to as the “seat of cosmic consciousness”, and it’s believed to connect each person to the divine.

This uppermost energy center is also a place of betweenness. As the point that sits between the limits of human consciousness, and the infinite knowledge of the Universe, the crown chakra can be a place of radical expansion. 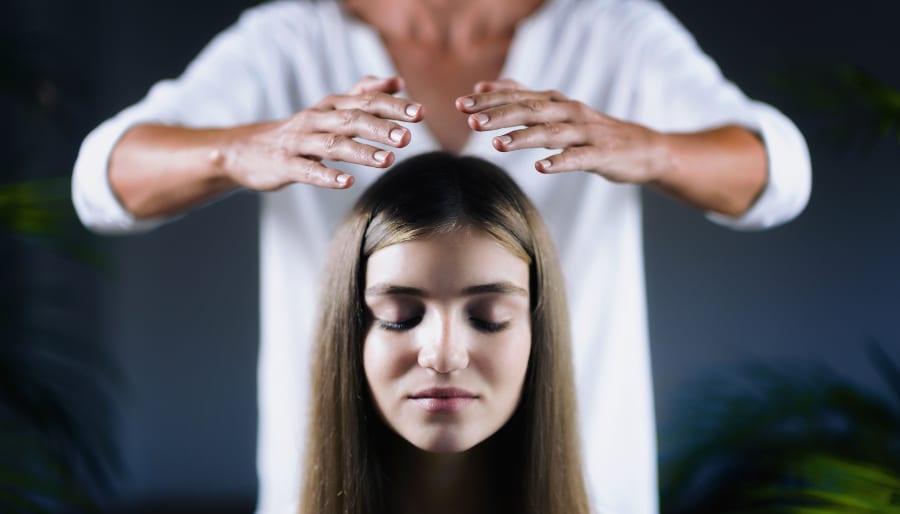 As the seventh, and uppermost chakra that is part of the human body, this chakra is our connection to higher states of consciousness.

This chakra is the seventh in the system. It’s located at the very top of the head, and is facing upwards.

The Sanskrit name for this chakra is Sahasrāra, which in English means “thousand-petaled”

This chakra is considered to be an iridescent white, lilac and/or purple color.

The symbol is a thousand-petaled lotus flower, depicted in purple and white.

What is a Chakra?

Chakras can be found described in the ancient Vedic Texts, dating from 1500 BC. Yet the concept of chakras has also entered our more mainstream spiritual lexicon.

A chakra on the human body is a spinning disk or wheel of energy. They are believed to relate to different areas of the physical body and its systems, as well as to energetic impulses, strengths and also weaknesses.

In the human body, there are 7 main chakras that run along the spine, each of which holds and carries a specific energy. There are also as many as 114 minor chakras spread over the rest of the body.

The seven main chakras are listed below in descending order. It’s important to understand that all have equal importance. Where a chakra is located on the body has nothing to do with its value.

What’s the Difference Between a Healthy Chakra and an Imbalanced Chakra?

When a chakra is open and operating optimally, it’s spinning with ease. This allows it to transmit information throughout the physical, emotional and mental bodies, and beyond into a person’s auric field.

Quite simply, this feels good! When our chakras are balanced, we’re functioning healthily.

Yet, it’s not uncommon for chakras to be out of balance (over, or underactive), or worse still, blocked. When this occurs, an individual will experience negativity – in the form of fearful or destructive thoughts, difficulty learning of holding focus, depression or anxiety, or any host of other emotional and physical disorders. Long term chakra imbalances can also result in chronic physical illness.

Symptoms of an imbalanced or blocked Crown Chakra

Connected to the pineal gland, problems with this chakra can ultimately manifest in issues tied to spirituality. If you think that your seventh chakra may be struggling, here are the signs of look out for:

Signs of an Overactive Crown Chakra

Signs of an Underactive Crown Chakra

5 Chakra Healing and Balancing Exercises for the Sahasrāra

Imbalances in this energy center are often directly related to stress. Modern life is stressful – there’s no denying it! But one of the easiest and best ways to cut straight through it, is with meditation.

Simply sitting quietly for a couple of minutes a day, focusing on your breath, and trying to release any unhelpful thoughts can have a profound effect, and really help to soothe and balance this chakra.

A lot of excess ‘stuff’ (both physical and non-physical) in your life makes it really hard to tune into the higher, spiritual realms. It keeps us stuck down here, inside emotions of overwhelm and complexity. On the other hand, simplifying, and purifying your life can help to purify the inner realms too. And this makes balancing the crown much more likely.

If your crown is out of whack, then it could be that you’re giving it nothing to anchor onto. Remember this is the energy center of divine connection. So do you have a practical personal way to enable this for yourself?

Consider adopting a spiritual practice. It could be sitting with an altar, daily prayer, walking in nature, or creating offerings for the Spirits of the land you live on. Be creative, and find something that works for you.

Purple crystals in particular are great for balancing and healing the crown. Place them around your home, and beside your bed when sleeping. You can also try meditating with them. Here are some ideal crystals to work with:

Chanting this sound is said to balance and align the crown chakras. Try chanting whilst you’re in the shower, driving your car, or simply sitting at home in the garden.

For more on the crown chakra, or ways to nurture and expand your spiritual side, follow the links below:

Do YOU have any tips for crown chakra healing? Or any experiences to share with our community? Let us know n the comments below!