Think Ascension’s All “Love and Light”? It’s time you looked into the Shadow…

The Shadow Self is the part of each of us that we do not see. All human beings have a dark side, just as we all cast a shadow on the ground.

It contains the aspects of us that hide in our unconscious, meaning we’re not aware of them. Yet here’s the thing. These unacknowledged pieces of us – traits, characteristics, behaviors, habits, beliefs, and qualities – are, for the most part, running the show.

So however much personal or spiritual development you do, however much conscious manifestation you focus on, your Shadow Self is always there in your unconscious mind and within your energy field, controlling your vibrational frequency. Whether you want it to, or not. 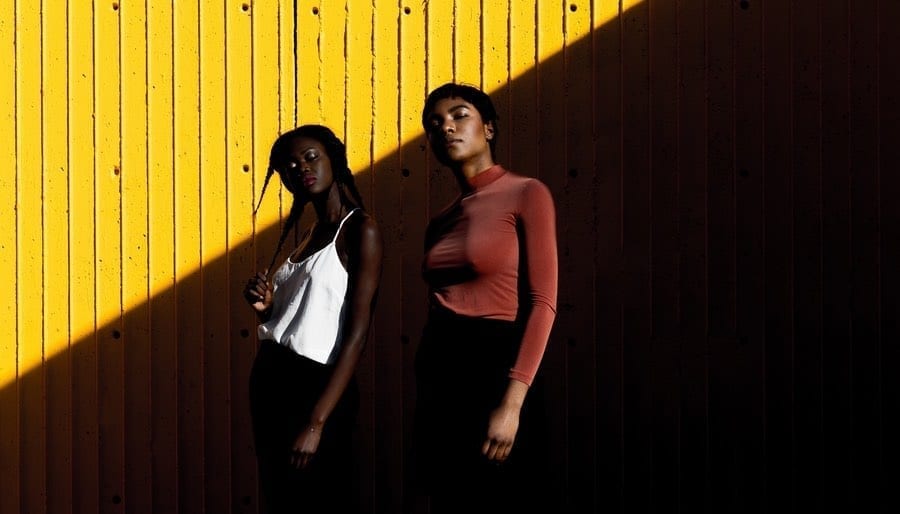 PinOrigins of the “Shadow Self” (Let’s Get our Facts Straight)

It was the Swiss psychiatrist Carl Jung who first coined the term “Shadow Self”. This is the unknown, dark side of the personality.

“Everyone carries a shadow” Jung wrote, “and the less it is embodied in the individual’s conscious life, the blacker and denser it is.”

According to Jung, we all distance ourselves from aspects of the self that we find potentially dangerous or damaging. So rather than confronting these parts of ourselves, we hide them, ignore them and pretend they don’t exist.

What Creates the Shadow Self ?

At some point in our lives, we all disowned these dangerous or damaging pieces of ourselves. You likely did this automatically, multiple times, as reactions to events that occurred in your childhood. People talk of “trauma” but in fact, the kind of situation that caused you to fragment your consciousness, plunging a part of your psyche into your shadow could have seems quite innocent and harmless at the time.

Here are a couple of  examples:

Maybe at the age of 3, you were trying to sing your mother a nursery rhyme you’d just mastered. But she had a splitting headache and told you to be quiet. You felt this rejection deeply, and so the part of you that was naturally self-expressed, and the belief you had in your singing ability was silenced, represses and pushed into the dark. In adulthood, you struggle to speak up for yourself and suffer from a lack of self-worth.

Or perhaps when you were 4 you got lost in the supermarket. You believed your parents had left you there and felt an overwhelming sense of abandonment. You were SO frightened of being alone, that the natural independence developing inside you got pushed out of your consciousness and into your shadow. In adulthood, you struggle to be self-reliant and continue to express neediness, in fear of being abandoned by friends and family.

Don’t Fall into the Blame Game…

It’s really important NOT to blame your parents for any part they may or may not have to play in the formation of your Shadow Self. Plus, some of your most challenging shadow aspects could even be carried through ancestral lines, or over from past lives.

SO instead of blame, look forward to what you can do to re-integrate these pieces of your fragmented self, work through the emotional blocks they’re causing, and become whole again.

What is Shadow Work? (AND HOW TO DO IT)

Shadow work is a deeply personal process, that involves looking into the dark, unconscious aspects of the self, in order to to re-integrate them.

1. The first stage of shadow work is awareness

This is tricky – because our Shadow Self lives in the dark side of the unconscious, we don’t see it clearly for what it is. But what you can see is the projection of your shadow, when it reacts to certain triggers – specifically, situations, confrontations, conversations and occurrences in everyday life, that remind you (unconsciously) of the initial trauma that caused it.

So if you’re the person who’s mother told you to be quiet when you wanted to sing, your trigger could be seeing someone else sing. Your shadow rises up, and you judge that person, accusing them (probably under your breath) of being over-confident or lacking real talent. Your ego wants to silence them like you were silenced.

OR maybe you keep finding yourself in relationships with partners who play out the same pattern over and over – who silence you and cause you to feel like you can’t voice yourself?

Do you see how it’s your Shadow Self running the show in both of these scenarios?

In the first, because your shadow is being triggered, you’re placing a projection of your own emotions of self-doubt and worthlessness out into the world. Not good.

And in the second, the same (unconscious) vibrational frequency of self-doubt and worthlessness is so strong in your energetic field, that it’s attracting more and more of the same to you. (That’s the LoA in action folks.. it’s not all sunshine and roses). Yet because this frequency is coming from your Shadow Self, you’re likely unconscious of what’s really going on.

Again, don’t start blaming yourself. Human experience is polarized. And even though you may not think you signed up or it, this is lightwork. So it’s your opportunity to shine.

CHECK OUT: 11 SIGNS YOU’RE A LIGHTWORKER (AND HOW TO AMPLIFY YOUR IMPACT)

2. The second stage of Shadow Work is Shadow Integration

Your Shadow Self contains the fragmented pieces – the forgotten aspects of your true self – that were repressed, disowned and pushed out of your awareness. Shadow work is the reversal of this process. Instead of pushing these pieces away, you need to welcome them back in.

There are many different methods for integration – some will work better for you than others, but all involve acceptance.

Here’s a simple 2-step shadow integration practice that you can start with:

1. Allow yourself to feel

When you feel triggered, allow yourself to feel. Whether your emotions are anger, frustration, sadness, despair, or anything in between – dive into them. Sit with them. Acknowledge them. Give them space to express and most importantly, be validated. In our culture, we rarely validate “negative” emotions, but this is a truly vital part of shadow work.

If you really don’t have the time (and let’s face it – modern life doesn’t always allow it) then make space to do this work later on, when you DO have time.

Because, for the most part, the aspect of your shadow that’s appearing in this moment was disowned by you in childhood, this is where you need to return to, to re-integrate it.

Of course, you’re an adult now, but that doesn’t mean you can’t still be “parented”. So parent yourself.

Give yourself unconditional love in this moment, particularly focusing on your shadow.

Gently speaking words of acceptance and encouragement (internally or aloud) as though you were talking directly to your inner child could really help.

“ Your feelings have value”
“ I love and accept you, exactly as you are”
“You are safe to feel whatever you need to, in this moment”

This may feel a little strange at first, but actually talking to your Shadow Self will really serve to transmute the unconscious and suppressed fear that we all feel towards our own shadows, and help to integrate them fully.

Shadow integration isn’t a quick fix. You may need to go through this method countless times, yet each time you do, your shadow will integrate a little more and the emotional blocks it used to hold over you, will loosen their grip.

It’s also an ongoing process. As one layer of your Shadow Self is peeled away, another may be revealed below it. But keep going. This deep, introspective and (let’s not pretend) difficult personal work IS the work. It’s what will truly allow you to heal, grow, and consciously manifest what you want, without self-sabotaging.

And that’s your birthright. So isn’t it about time you claimed it?

Now, share with us in the comments below any insights from your deep dive into shadow work. What have you learnt about yourself? What have you healed? We’d love to hear from you!

NUMEROLOGY OF THE SHADOW: NEGATIVE PERSONALITY TRAITS BY NUMBER