Could The Numerological Origins of #13 Debunk The Theory That Friday The 13th Is The Unluckiest Day?! 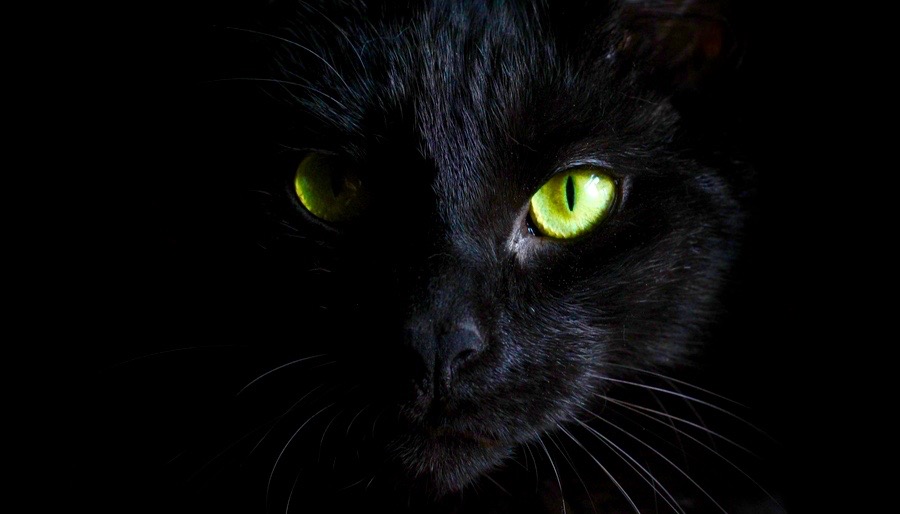 Friday the 13th can strike fear into even the most rationally-minded of people, but why is this?  And does it have any grounding in fact, experience or numerology?  And what if you happen to be born on Friday the 13?

What does Numerology Say about Friday 13th?

One of the founding principles of Numerology is that no number can be defined as being “good” or “bad”. All numbers may contain attributes that we humans may describe as good or bad, but numbers themselves exist beyond this kind of polarizing perspective.

Even the number 666, which has been associated with pure evil for as long as most of us can remember, isn’t an inherently “bad” number. It’s no better or worse than the number code 11:11 that so many people are currently drawn to (or is it the other way round?!)

Is Friday 13th your Birthday?

In numerological terms, 13 reduces to a 4, so if you’re (lucky enough to be!) born on this day, this is your Birthday Number (and you can read more about this HERE).  13 is also what’s known as a Karmic Number, so if you’re born on this day, you do have some work to do in this lifetime, but is this unlucky? NO! We’ve all come here with challenges to meet!

But despite the purity of numbers, it’s true that over many years of mythological, cultural, historical, political and social storytelling, certain numbers have become associated with luck. Good and bad.

Is The Number 13 Actually Unlucky?

Triskaidekaphobia means fear of the number 13. The term comes from the Greek, where tris = three, kai = and, deka = ten, plus phobia, which means fear.

But what actually causes this fear?

One of these associations comes from Medieval times, and the story of the last supper of Jesus. It’s said that Judas, the betrayer of Jesus, was the 13th person to sit at the table, and so the number 13 is cursed.

The Persians believed that the signs of the Zodiac governed both the months of the year and 1,000 year periods. They said that twelve thousand years of order would be followed by a thousand years of chaos, in which none of the signs could exert their virtues.

In Norse mythology, it’s believed that Loki, the 13th God in the pantheon, was the 13th, uninvited, attendee to arrive at a banquet, where the favorite God Baldur, was then killed. He is still believed to be a bringer of mischief and misfortune in today’s Scandinavia.

Hindus believe that a gathering of 13 people is unlucky.

Even in modern cities, some skyscrapers have no 13th floor, and some streets are built without a number 13 house…  So this basic belief in the unluckiness of the number 13 runs deep, particularly in our western societies.  And the world we live in likes to fulfil its prophesies, so for those who DO believe the fates are against them where this number is concerned, are likely to reap the rewards (or not) of those beliefs.

What About the Origins of Friday 13th?

Paraskavedekatriaphobia…..say what…?! The fear of Friday the 13th actually has its own medical term!

But what actually causes this fear?

One theory about the origin of Friday the 13th centres around the Norse Goddess Frigga (Fraya), who is associated with Fridays. Legend has it that she convened each Friday with a group of 11 other witches and the Devil (a total of 13) to plot the malicious mayhem they would impart for the upcoming week. This actually stems from the conversion of the old Norse tribes to Christianity, when Freya was labelled a witch and denigrated to reinforce the church’s hold. But the Devil is not part of the old tribal faiths, so when dissected, it’s clear this myth is make-believe.  But its legacy may not be…

According to the history books, King Philip of France, out of jealousy over the rising popularity of the Knights Templar, ordered their mass arrest on Friday 13th of 1307. Thousands were locked up and many tortured and killed in the years that followed. This story was basically unknown before the publication of the “DaVinci Code” so is unlikely to have a large role to play in this folklore fear of Friday 13th.

In 1907, the novel “Friday the 13th” by Thomas Lawson was published, telling of an unscrupulous stockbroker who used superstition to panic the markets to his advantage. Almost immediately after it became a bestseller, Friday 13th became known as a day of bad luck. It has been noted by historians that prior to the book’s publication, references to Friday 13th and its cursed nature were not widespread, so could this be the origin? Or at least a major reinforcement to the cursed belief? Incidentally, the schooner belonging to the author sank – you guessed it – on Friday the 13th!

An interesting fact is that numerologically, 13 reduces to the number 4, so when drawing up your personal chart, a numerologist would consider this to be the core frequency implied by the 13.  And in some cultures across the globe, the 4 is considered to be rather unlucky, and in some cases, even decidedly evil.

In some Chinese dialects, the words for “four” and “death” sound so similar that numbers like 44 or 14 sound like curses or threats to those who speak a different one. In some cities you won’t find a 4th street or even a 4th floor in a building, and at one time, there was no number 4 bus in Beijing.

The fear of four – Tetraphobia – is so common in Asia that Nokia does not produce cellphones whose model numbers begin with the 4.

But on The Contrary… 13 is not always considered a curse

The Torah, holy book of the Hebrews speaks of the 13 attributes of mercy, or the 13 mercies of God, which are believed to have brought salvation and forgiveness to the Jewish people throughout the generations.

Back in 1881, a group of influential business and military types formed a sceptics society called the Thirteen Club. They would get together each Friday the 13th and try to break every superstition. Nobody ever died from their antics, and their membership even included five men who ended up as President of the US! Maybe they picked up on the lucky “vibration” of 13 that so many others avoid.

In Romanian, Greek and Spanish cultures, Tuesday the 13th is considered unlucky, which makes a little more sense astrologically speaking, because Tuesday traditionally belongs to the angry red planet Mars, while Friday is ruled over by peaceful Venus.

In our ancient cultures, the number 13 was revered as the number of the Goddess, and therefore not a bit unlucky! Even now, evidence of the feminine power of this number is filtering back into common knowledge and experience, as the wisdom of the ancient times is being re-ignited.

There are 13 witches in a coven.

Women have 13 menstrual cycles in a year: 13 opportunities to become pregnant, and create life.

The 13 day of the month also appears to be favored for Marian apparitions of the Divine Feminine:

Our Lady of Fatima appeared on May 13, 1917, to Lucia, Jacinta and Francisco for the first time. She then appeared at Fatima, Portugal on the thirteenth of every month for six more months.

Whether or not you associate with Catholicism, it can’t be denied that the number 13 features heavily in these apparitions, yet this has done little to subdue any fear that still exists around the number.

Some people say that over the past few thousand years, the leaders and priests of the patriarchal religions debased the significance of this number, as one more way to suppress the power of the feminine.  You can read more about this HERE.

Whether or not you buy into the hype, one thing is becoming clearer and clearer: we create the world we live in. What we believe gains power, what we give our attention to grows.

So what do YOU believe?

Is Friday 13th unlucky? Or is it a number of the divine?

Why not choose to create your own luck, whatever the numbers tell you?

Do you have any Friday 13 stories? Please share them below in the comments, we’d love to hear them…! 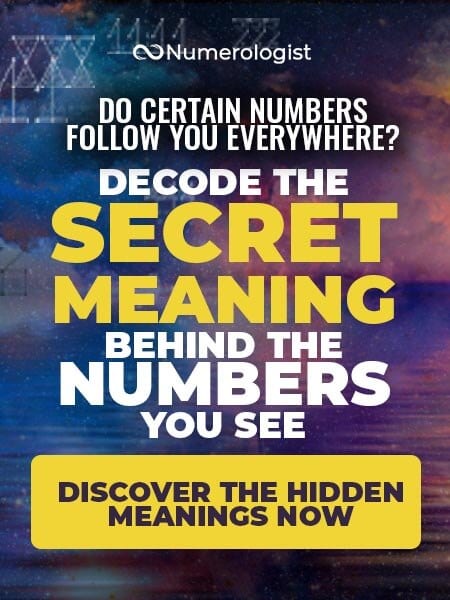 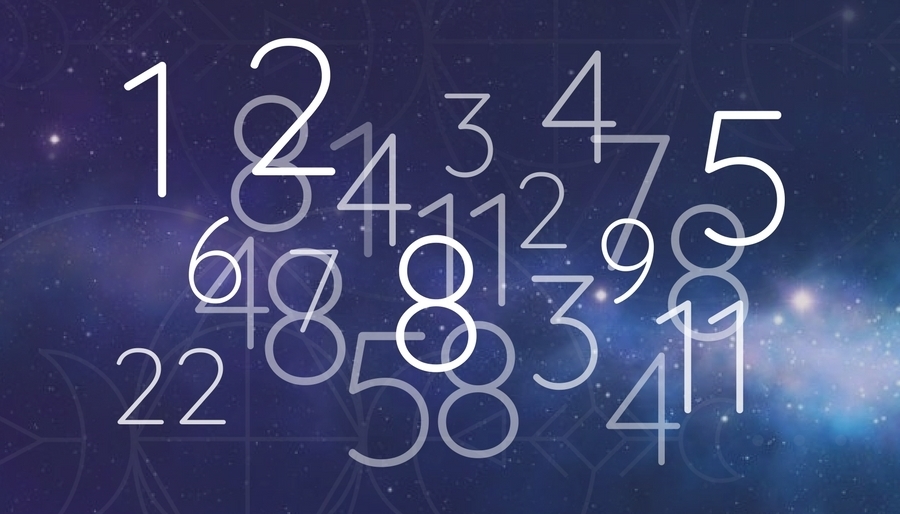 What Is Numerology & How Can It Help You? 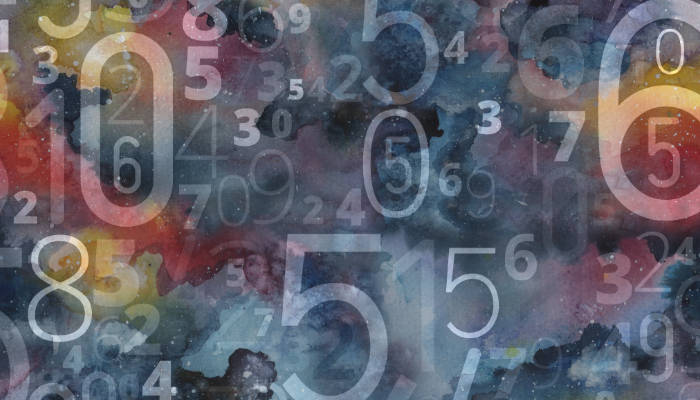 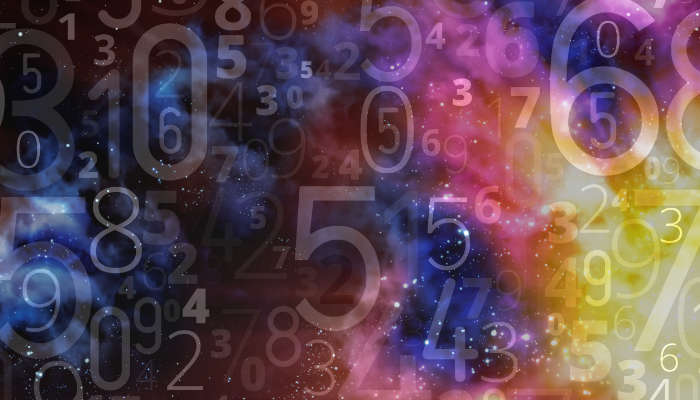 The Number Dictionary: The Meaning of Each Number!