What Happened to the Divine Feminine and How Can I Reclaim Her? 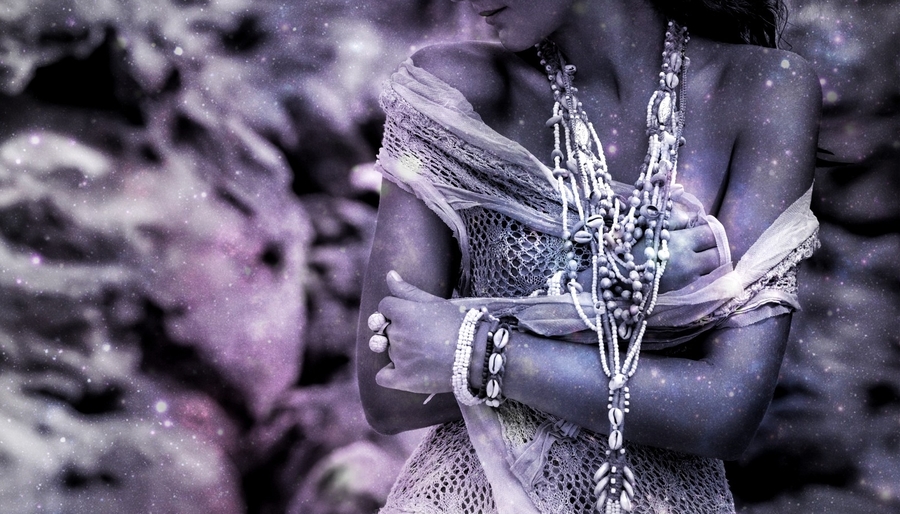 For a very long time, we’ve been led to believe that God is male. The language we have to describe this God: that “He” created us and that He is “our Father” describes this gendered being. All the depictions we’ve been shown of this God, in paintings, murals and sculptures made over millennia, are of a male creature, sitting up in heaven, surveying “His” creations.

I’m not here to tell you that it’s not true, that God isn’t gendered (and you are free to believe what you like.) I’m here to offer another, additional piece of the picture. Because, as I am sure you’re aware, there is a Divine force building in our world today, that has been suppressed and forgotten for too long. But now, finally, She is coming back to the surface of our collective experience and understanding.

“God” and the Goddess

There are at least two principles involved in creation. Everyone who knows basic biology knows that two counterparts are required for life to form: man and woman, male and female and in the divine realms, God and Goddess. Both are necessary and both are vital for the different physical and energetic qualities that they bring. But for the last 13,000 years, the divine feminine and divine masculine principles that are so fundamental to the healthy creativity and ongoing survival of our planet have been wildly out of balance. That’s not to say there has been too much of one principle and not enough of the other. The divine masculine has also been a victim of our history and its long patriarchal rampage.

Just as expressions of the Divine Feminine have been systematically silenced and destroyed for almost as long as we have kept records, so have the most sacred aspects of the masculine. And in their place, the patriarchal “God” and His systems of society have instead taken root. So it’s important, I think, to make it clear that the return of the Goddess doesn’t mean the appointment of a counterpart to the “God” we know and recognize. The Goddess comes to break down the whole illusion of the manufactured Godhead and to pave the way for the Divine Masculine to also return.

**It’s vitally important to realize that talk of the divine masculine and divine feminine are not descriptions of gender binary. Gender is becoming increasingly fluid in our modern world, so whether you identify as male or female or neither or both, you contain aspects of the divine feminine and the divine masculine. This means that alongside and as well as our planet, both aspects need to be healed and awakened in you too.

What is the Divine Feminine?

Providing not only half of the creative energy required to balance growth and expression, but also the crucible, the womb, to actually contain the transformation and make it possible, the divine feminine holds a lot of power.

She is the deep, dark, tangled rainforests of our planet.

She is the heavily pregnant woman you pass on your way to work.

She is the next spark of imagination rising up from inside your soul.

She is SO many things.  But at an essential level, Her expressions can be defined in words, so here’s a list of just some divine feminine principles:

This list contains overarching principles which have whole spectrums of expression within them, ranging from one extreme to another (and these extremes can move us into dangerous territories of imbalance, as we see within the current patriarchal system). Of course, many of them overlap with sacred masculine principles, so here’s a list describing some of those, because as we know, harmonious creation requires BOTH the sacred masculine and the sacred feminine.

What Happened to the Divine Feminine?

In the ancient worlds, it was recognized that the Goddess worked and revealed herself through a myriad of different forms, and these were often defined by certain female deities or Goddesses. In ancient Egypt, Her sacred femininity expressed through Hathor, Isis, Maat and Sekhmet, to name just a few. In Olympian Greece, Her variety of faces were revealed through deities including Artemis, Athena and Hera. The Celts recognized Her power in Arianrhod and Brigit, amongst many many others. It’s important to realize that these Goddesses weren’t just characters in stories. They were actual sacred forces at play in the world and in the lives of the people we call our ancestors. And when called upon, they worked through them and for them.

But what happened when the patriarchy arrived, was that these Goddesses were turned from living and present allies to myths and stories which were only allowed to exist in the mind. The sacred rituals and practices that the ancients used to draw their power down were suppressed and stopped (or hidden by necessity). Gradually, over time, humans became removed from their Goddesses (and their counterpart Gods, it should be said) and instead, they were presented with this alternate, singular “God” to put their trust in.

The Embodiment of the Sacred Feminine

It’s crucial to not to underestimate the enormous and detrimental impact on the lives of the ancients (which we are still reeling from today) caused by the direct suppression of their sacred ritual practices. It was understood then, that connection to and communion with the Divine Feminine needed to be an embodied experience. The dances, rituals, ceremonies, symbols, tools, elixirs, medicines, plants and repeated actions directly involving the Earth and nature, were what allowed Her power to move through her people. It was the physicality of their actions which kept the Divine Feminine alive.

So once these were stopped, and the Goddess was forced into the minds of our ancestors and not their bodies, She slipped away.

So why is this?

It is very, very difficult to write about because, quite simply, feminine principles don’t reside in the mind. To explain it in a way that the mind can understand is to negate the very feminine spirituality that it involves, and ends up only perpetuating the patriarchal system. It’s a paradox and a huge sticking point because the world we live in doesn’t allow much space for anything which can’t be rationalized on the mental planes. But trust me, the only way to understand the true nature of the Goddess, and her ways is to embody her principles for yourself.

How to Reclaim the Sacred Feminine in YOUR Life

You can read articles and essays and books about the Divine Feminine. You can research the history and mythology of the Goddess, figure out how it all works … and you’ll be entirely missing the point.
The only way to truly reclaim the sacred feminine principles in your life, is to get out of your head, and back into your body.

Stand up straight and inhabit your muscles, joints, organs, your bones and your blood.

Be totally present in your physicality and activate your senses.

Be an antenna for sensory information through these channels, directly into your body and not via your intellect. Try to stop judging, criticizing, analyzing, reflecting, and rationalizing about all of your experiences. By insisting upon engaging the mind as the first point of call (as so many of us have been programmed to do, from such a young age), you are preventing your body’s own true response from rising up to the surface.

Your body has a wisdom of its own, which is directly connected to the sacred feminine.

There is only one way to activate the divine feminine, and YOU are it!

But the understanding you seek won’t be found cognitively, you cannot figure it out with your mind. The divine feminine is not a destination, there is no “aha” to aim for. Her gentle re-emergence is a process of yours and mine, and every human’s re-embodiment.

Do this, trust this, and She will reveal to you everything you want to know, in the language that She speaks.

For more on how to activate the Divine Feminine through your personal Numerology, follow this link…

Are you feeling the sacred feminine rise up in you?

Have you been inspired to help to bring this energy back to humanity?

Share your experiences below, we would love to hear from you …