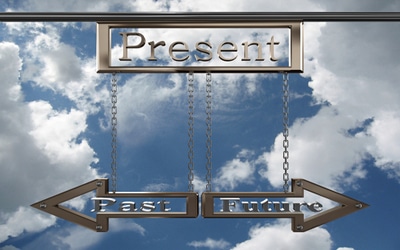 Throughout history, many people have come forward with news of their unique ability to see events in the future, discover information from another person’s past with no previous knowledge of the subject, and experience all kinds of paranormal situations. Because of this ability, people are drawn to consult these “gifted” individuals in a diverse range of matters: predicting future outcomes of business ventures to determine if they would be successful and lucrative, the arrival of significant personal relationships and events such as marriage, or even contacting a departed loved one. Although many of these psychics claim to use their gift for the purpose of helping other people in need, there has never been clear evidence that their abilities are paranormal in nature or if any single psychic has ever been able to provide correct predictions at all times.

Previously possessing the surname Brown, Sylvia Browne is one such individual who has made a name for herself in the United States using her ability. She describes herself as a spiritual teacher, author, psychic, lecturer, and researcher in the field of parapsychology. She claims to have manifested her psychic ability at the age of three while living in her hometown of Kansas City, Missouri. She established the Nirvana Foundation for Psychic Research in 1974, now known as the Sylvia Browne Corporation, to further her research into the paranormal and to continue assisting people in gaining control of their lives, understanding life’s meaning, and determining future events. She also formed the Society of Novus Spiritus in California in 1986, an organization based upon a Christian Gnostic theology.

To this day, Sylvia Browne offers psychic readings over the phone and makes several public appearances each year. She claims to help people see their future and also claims to have provided information on different cases to police departments and the Federal Bureau of Investigation as a psychic detective. However, detailed studies performed on her predictions about murder and missing persons cases have revealed that “Browne has not even been mostly correct in a single case,” although she claims to be more than 85% correct.

Investigators point out that modern-day mediums like Sylvia Browne utilize “mental mediumship tactics” like cold reading (a method of gleaning information about a person from appearance, body language, and other physical cues) and hot reading (conducting research on a person’s information before their reading session), which makes the medium appear to know more about a subject than she actually does.

Sylvia Browne’s philosophy is based upon research into people’s past lives through hypnosis and her deep trance channeling ability. She considers seeing the future and the existence of reincarnation as central themes in her life’s work, but does not force them upon people who choose not to believe. Believing in her abilities is a choice any person can freely make. She often quotes “Take with you what you want and leave the rest behind.”