Are You Clairsentient? 10 Astonishing Signs That You Possess This Empathic Superpower!

By The Numerologist Team
Personal Development

You’ve probably heard a lot about empathy over the last few years.

With spiritual awareness and emotional sensitivity going through the roof this last decade, many more ordinary people are waking up to their empathic gifts (yes – even though it may not always feel like it, empathy IS a gift!)

One strand of this is clairsentience.

Clairsentience and empathy aren’t quite the same thing, but they’re similar. So if you already identify as an empath, then it’s likely you have clairsentient abilities just waiting to be uncovered… 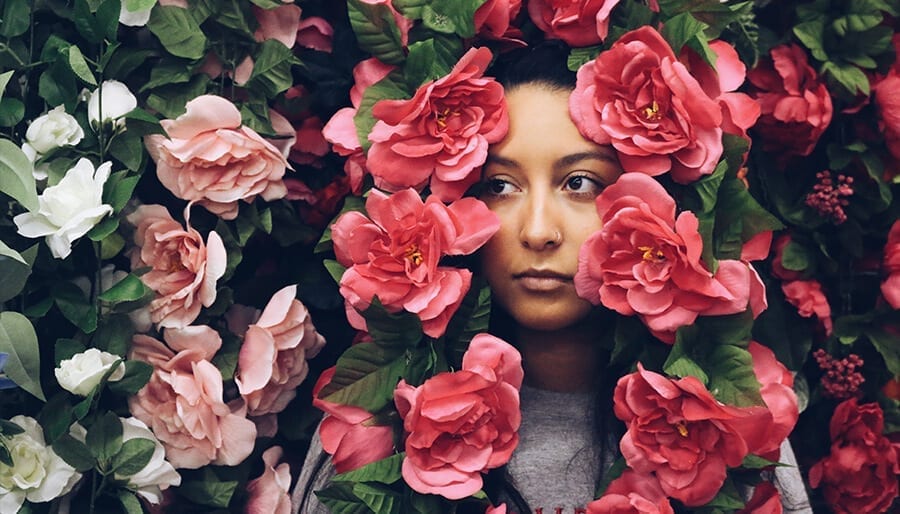 It’s closely tied into intuition (like all of the clairs) yet this one pertains to feeling.

Quite simply, clairsentience is the ability to pick up on feelings, via many different sources (like people, objects, places, and buildings, for example).

Whereas empaths can also pick up on feelings, clairsentient ability is more psychic in nature. The feelings that are picked up usually relate to specific information, insights and spiritual messages.

Follow the links above to discover more about the other. For now, here are the 10 signs that clairsentience is YOUR superpower…

If you already identify as having strong empathic abilities, then it’s highly likely that you also have some psychic gifts. Even if you’re not fully conscious of them.

Yet, strongly sensing the energy of the other people around you, and psychically reading them, can be exhausting at times.

Check out the resources below for support and guidance:

2. You struggle with crowds

If you find it difficult to be in large numbers of people, then it’s likely you could have clairsentient abilities.

Having SO many different people’s energy to contend with can be overwhelming for the nervous system of the clairsentient. So unless you can develop the ability to switch this psychic power on and off, the overload of information is way too much.

3. You have “gut feelings” about people

Ever met someone for the first time and instantly knew you’d be friends? Or has the opposite happened, and you knew you needed to exit their company ASAP?!

The clairsentient person usually has this sixth sense about other people, and it’s pretty accurate!

4. You sense Spirits and otherworldly beings

Similar to other forms of psychic mediumship, clairsentient folks will often sense other beings in a space. Yes, this does mean ghosts. But also Angels, spirit guides and any of the other supernatural beings that we share this world with.

5. You are super-sensitive to clutter

Because clairsentient people have an intuitive sensitivity to the energy of… well, everything, they may find it difficult to cope when there are a lot of objects around. Essentially, this means that a lot of clutter creates too much of a confusing and impactful energy field for them.

If you find yourself avoiding cluttered spaced, or always working to prevent it from building up, then it could be the defense mechanism of a clairsentient nervous system.

ALSO READ: 5 Magickal Tips To Transform Any Space Into A Sacred Sanctuary!

6. You sense temperature changes between rooms/spaces

Your ability to sense energy may manifest through temperature.

Often the different rooms in a building will hold onto energy and emotion, especially if something significant occurred inside. A sign of clairsentience can be picking up on this, usually as a drop in temperature, or a cool breeze upon entering.

7. You were described as too sensitive as a child (or you still are!)

Similar to being an empath, may clairsentient people were described as being over-sensitive, or over-emotional as children. Perhaps you cried easily, or were affected strongly when other children or family members felt pain?

Often in these situations, a child’s own energy can become confused and they genuinely do feel what the other person feels. Perhaps this still happens for you?

It can be especially intense if your clairsentient gifts mean you also pick up on extra information that others aren’t aware of, like the causes of pain or any lies being concealed.

8. You sometimes feel tingling sensations at your crown, or on the palms of your hands

Tingling at the crown, or sometimes on the palms of the hand can indicate clairsentient ability. This is where intuitive messages and information tend to enter into the body. Even if the rest of your feeling body is also activated, it’s a good idea to be aware of these chakra points too.

ALSO CHECK OUT: 5 Crown Chakra Balancing Tips For Becoming The Queen You Are (& Banishing Basically Everything You Hate About Your Life)

9. You have a really accurate in-built lie detector

Whether you feel it in your bones, your heart, or it’s a full-body experience, if you know that a lie is a lie, then this is a pretty clear sign of clairsentience.

RELATED POST: 4 Simple Ways To Tune Into Your Intuition & Tap Into Your Ultimate Guidance System

10. Your mood can shifts quickly depending on people or places you’re near.

Again, these are crossovers with empathy, as clairsentience is all about picking up information via the intuitive senses.

If you find your mood shifts quickly when nothing else has changed, then it could be that you’re picking up clairsentient messages.

Sometimes this is negative energy (in which case there are many ways to protect yourself). But it could just as easily be that you’re tapping into waves of joy and happiness!

Are any of these signs familiar? Have a hunch YOU could have psychic abilities in the form of clairsentience? Drop a comment below and let us know

9 Self-Limiting Beliefs You Need To Banish If You Want To Actually Live Your Best Life
The Universe Is Calling Out Your Victim Mindset. Here's How To Channel The Blame Properly
5 Ways to Open the Heart Chakra for Self-Love & Authenticity