Angels + Magic? Hell Yeah! Here’s What You Need to Know About Angelic Witchcraft!

Ever feel like angels are just a bit too, hmmm, ‘angelic’ for you?

Too many feathers and too much white light?

Does the religious edge put you off?

Want your spirit to be a little more punchy?

Well, it turns out that there’s a whole branch of modern witchcraft that’s intimately connected to the angelic realms, and it’s not what you’d think. About as far as you can get from the choirs of heaven (without going to the dark side, lol) Angelic Witchcraft is Potent. With a capital P. 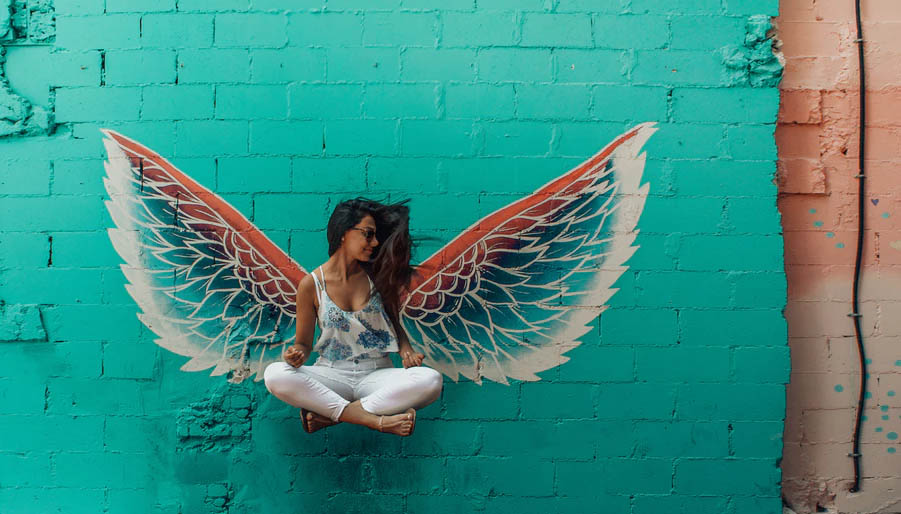 PinIn one of the most popular modern guides to Wicca – Wiccapedia, Leanna Greenaway discusses Angelic Wicca, a relatively new path within the craft, in which “most spells and rituals are directed to the angelic energies” instead of to the traditional pagan gods and goddesses. She calls it an evolution of witchcraft. And seeing as so many folks these days are pretty far removed from their ancestral lands, which ARE the homes of the gods and goddesses that you would tend to work with when casting magic spells – it makes a lot of sense.

In this age of globalism, angels do have the edge.

Maybe it’s all those 16th-century paintings of fair-faced winged beings from above. Or maybe it’s the dreamy photorealist images populating Google image searches on “angels”. Somewhere along the line, angels got a reputation for being these fragile, fine-spun things, all “love and light” and blessings on everyone. But if you’ve ever had an angelic encounter you’ll know dominating, forceful, and absolutely transformational are actually much better descriptors.

RELATED: 5 Unmistakable Ways Your Angels Are Trying To Communicate With You

And they didn’t just get there by chance. These ancient beings are tough, tougher than you or I could ever comprehend, so tough that they don’t need to wear it on their sleeves. So if you want something to change in your life, and need a little spiritual support to get things moving, don’t ask Angels into your magic spell work unless you’re serious. 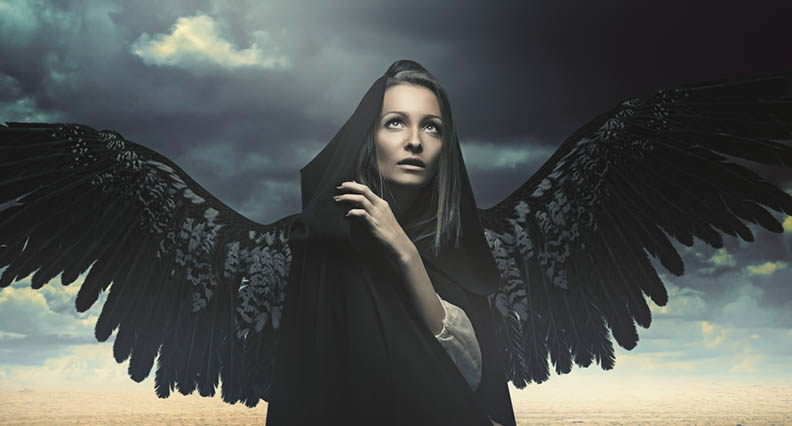 Here’s a true story: Last year a friend ‘passed’ some angels onto me for a week. I was instructed to set up an angel altar complete with white candle, perform a ritual using specific words to welcome them into my home, and ask them to help me out with a personal intention. Then 7 days later, I was to direct them onto somebody else. It was a little reminiscent of one of those pesky chain letters you used to get in school but sprinkled with a little magical, slightly occult, dust. It was around this time that I was juuust easing into the idea of maybe moving into a different house, so this happening smoothly was the focus of my intention.

Within a week, it was done. The course of my life had shifted. A contract on a new house was signed. 6 rooms in my current house had been rented out. My kids were enrolled in new schools. I’d somehow received a windfall of cash to pay for it all…

I have zero doubt that some serious angelic intervention was going on behind the scenes to make this not only happen unbelievably quickly, but without a hitch. It was as though opportunities were just dropping from the sky. It’s not to say making any of this happen was easy, because it wasn’t. There was a lot involved. But here’s the thing. I had to participate fully. There was no room for sitting on the fence, wondering whether any of it was actually a good idea; or looking around for the signs, simply enjoying the alchemy of it all.

Even though it felt like life was accelerating for me, I was still in the driver’s seat and I have to drive! 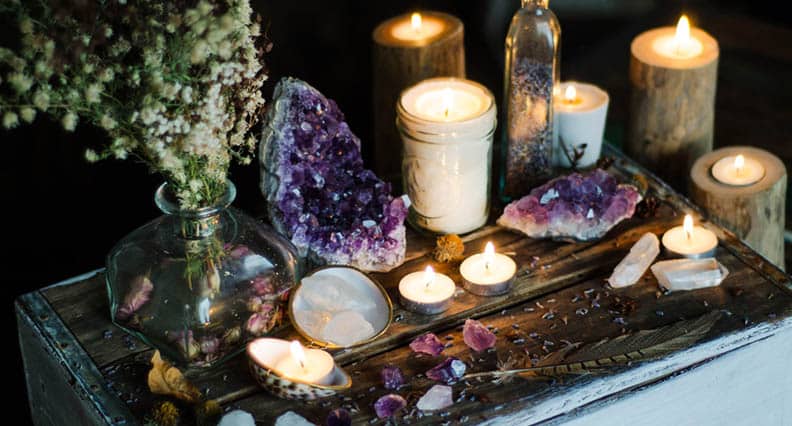 This was about exiting that comfort zone without looking back. It was about proving how much I was willing to leave behind, in order to arrive into a brand new life. Because – as you will know if you’re someone who works with magic and spells to make changes in your life – when something you want is manifesting around you, it’s very easy to turn back around when the going gets tough, and carry on as normal. Change is hard, it requires commitment and hard work. And those starry celestial creatures aren’t about to re-shape your reality around you, if you don’t also shape up.

Think your game for this kind of transformation?

Here’s a simple (but potent) spell to summon your angel, to help with a problem you’ve been facing. It’s taken, with thanks, from Wiccapedia by Shawn Robbins and Lenna Greenaway.

RELATED: Try These 6 Unusual Crystals To Connect With Your Angels

A Simple Spell to Summon your Angel

“Angels of love and beauty, I call upon you this day to help ease my burden. With your inspiring power and influence, show me the solutions I seek.”

Although this spell is simple – you don’t need any tools or ingredients other than the candles and the feathers – it is very dynamic if performed correctly, and within a few short days your problem will diminish and things will start to improve. If you want to make extra sure that the angels are listening you can repeat this spell and relight the candles the next day.

SO if you’re ready, let’s get the magic started. What problem are you facing at the moment? Where in your life could you do with an extra sprinkle of angelical magic, or, ahem, a big, unavoidable push in a new direction?

Share with the Numerologist community in the comments below.

Need more guidance? Well, you’re in luck! Archangel Michael is waiting to guide you on a divine journey to prosperity!