A Match Made In Heaven! Will Your Soul Urge Number Help You Discover The Person You Were Destined To Be With?

Are you truly compatible with the person you’re in a relationship with? Your soul urge number reveals all.

What is your soul urge number?

Also known as the heart’s desire number, it is one of the 5 core numbers in numerology. This means that you will receive one whenever you have a numerology reading.

The number tells you about your heart’s inner needs and desires. In other words, it tells you what you yearn for most out of life.

For some, this may be the freedom to express themselves creatively. Others may be driven by a wanderlust that has them chasing the grand new things they’re sure lie just over the horizon.

If you have the drive to create great social change in the world, that’s the influence of your soul urge number at play.

Simply put, this number tells you what truly motivates you in life. It unveils the truth behind the cravings and urges you feel. And in doing so, it often reveals the true intentions behind the actions you take.

We’ll dig into the issue of compatibility in a numerological sense a little later. First, let’s look at how to calculate the soul urge number. 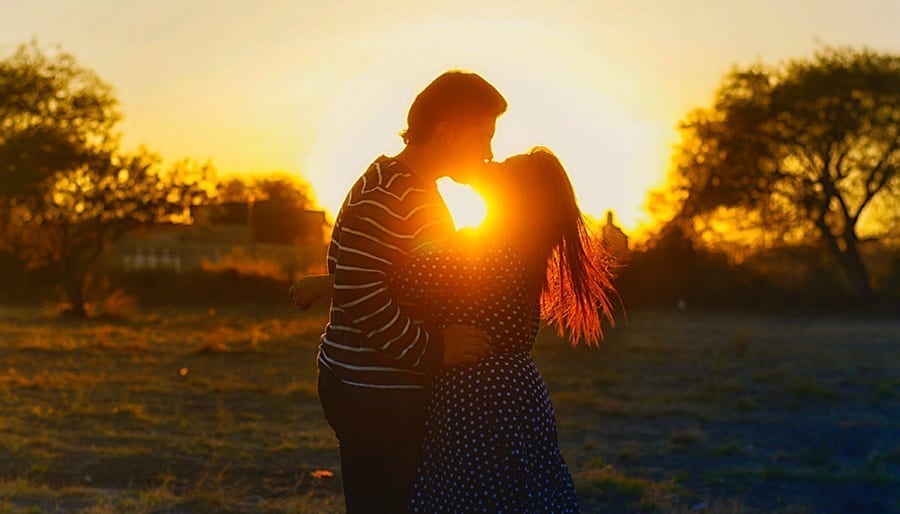 In Western numerology, you use the vowels of your full name to calculate your soul urge number. The reason we use vowels for this number is that they contribute the linking sound in the syllable. To see what we mean, simply say your name out loud. You’ll find that every vowel sound serves the purpose of bringing the whole name together.

The chart tells you which number is associated with which letter. It is as follows:

Here’s how to complete the calculation using the example name of Brad Michael Ortega.

First, we separate the vowels from the full name:

From there, we assign the numbers to the vowels and add them together:

We then reduce this number to a single digit:

In this example, the soul urge number reveals a natural leader who generally excels in a business setting. They might become an entrepreneur, although they may also ascend to a higher management position within a company.

Ambition is one of the hallmarks of this soul urge number. As such, this person would need a partner who supports and understands that ambition. The partner would also need to offer Brad the freedom he needs to pursue his ambitions. 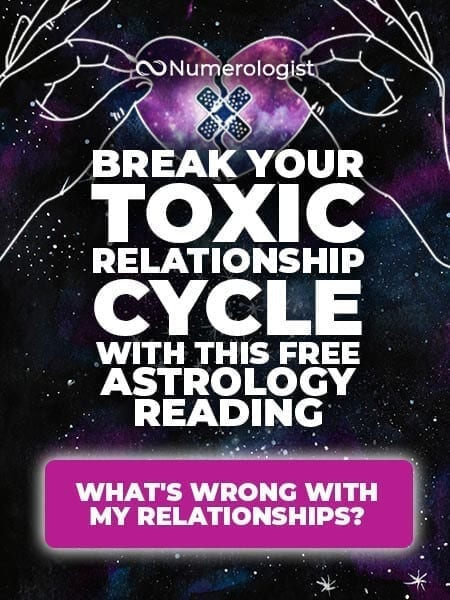 All five of the core numbers in numerology affect how compatible you are with a person. The three most important are:

The reasons for the importance of these three are pretty clear.

In an ideal relationship, you’d find yourself on a similar life path to your partner. This means you have complementary goals and will support each other in achieving them.

The Personality number describes the first impression you make on somebody. We can call this the all-important chemistry we have with people. There are some who’ll get drawn to you and others who won’t. Usually, it’s the personality number that dictates your magnetism and the people you attract.

However, the soul urge number is the most important out of the three for calculating romantic compatibility.

Why is the Soul Urge Number so Important?

That’s especially important in a relationship, as many of us turn away from our heart’s desires, thanks to the influence of the other core numbers.

For example, you may find your partner has a magnetic personality that draws you in. This means that your personality numbers are compatible.

However, this only covers the surface level of the relationship. The personality number is all about first impressions. Once you dig beneath it, you may find that you have wildly different desires for the relationship.

Often, further exploration of each other’s soul urge numbers will show that you’re less compatible than you thought.

Conversely, think about a situation you’ve likely seen in your life at some point…

You see two people who seem like they’re on completely different paths in life. You look at them and can’t figure out why their relationship works. They seem to be a happy couple, even though they may have radically different personalities, for instance.

Often, this is an example of the soul urge number having a deep impact on each person in the couple. While they may have superficial differences, their heart’s desire reveals that they want complimentary things.

So a couple that shouldn’t work on paper works very well in real life.

These are just examples that highlight how complex the issue of compatibility in numerology can become. To understand the full extent, you’ll need to have a professional numerology reading with your partner.

But let’s simplify things and refocus on the soul urge number again. After all, it is this number that indicates if the relationship will truly work on a deeper level.

It’s a common misconception that you and your partner must have the same soul urge number to be compatible.

That’s rarely the case. In fact, having the same soul urge number could lead to conflicts, depending on what the number is. 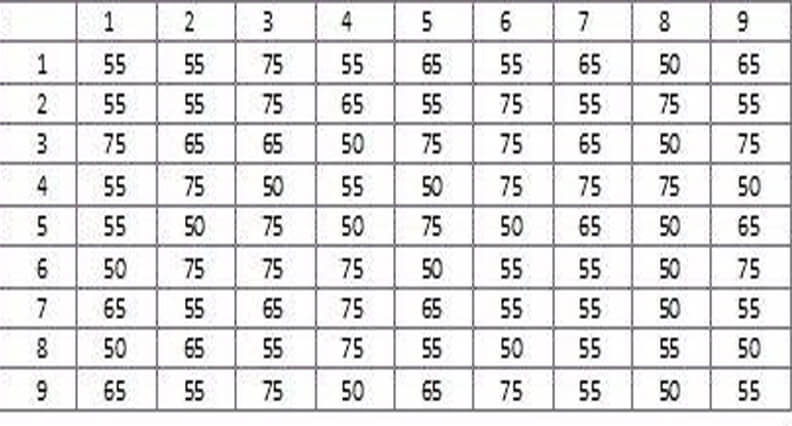 As we can see above, there are many examples of the same soul urge number proving incompatible.

In fact, the compatibility comes out at 55% in the majority of cases. This chart shows us that there’s no such thing as perfect compatibility. That’s because there are other factors at play beyond the soul urge number. In this chart, 75% is the highest possible because we need room for other relationship influencers.

However, we can use this chart to provide an example of soul urge compatibility in practice.

Let’s use the same name that we used in our calculation above – Brad Michael Ortega.

As you recall, Brad has a soul urge number of 1. This means that he’s a driven and natural leader who probably has deep career ambitions.

Now, let’s imagine he has a partner named Claire Louise Connor. We need to find her soul urge number to discover if they’re compatible when it comes to their heart’s desires:

Separating the vowels in Claire’s name gives us the following:

Using the Pythagorean system, we create the following calculation:

So, Claire has a soul urge number of 5. This means that she has a deep desire for freedom and isn’t keen on getting tied down. She likely enjoys traveling and loves to experience new things.

Now, using the above chart, we can check the compatibility. First, we check the left-hand column for Brad’s soul urge number of 1. Then, we move across to Claire’s number of 5.

This reveals a compatibility percentage of 65%, which is a good start for this couple.

In this case, Brad’s business ventures may afford Claire the free time she needs to go after new experiences. When they come together again, they both feel satisfied because they’ve been able to follow their heart’s desires.

But this is only a small part of the puzzle.

The couple’s other core numbers will dictate the true success of the relationship.

Are You Compatible With Your Partner?

Following the above method will help you to determine your soul urge compatibility with your partner. The higher the compatibility, the better the chances of the relationship working on a deeper level.

However, you have to understand the roles the other core numbers play incompatibility. To get the most accurate idea, you and your partner need to undergo a full relationship reading.

Have you used numerology to help you to choose a partner? How accurate do you believe the soul urge number is a measure of compatibility? Tell us in the comments section below.

20 Tips for a Glitteringly Green Christmas That Will Empower Humanity & Planet Earth
The Naughty Things Your Lover Needs to Know About You, Based on Your Heart’s Desire Number
5 Ways to Open the Heart Chakra for Self-Love & Authenticity 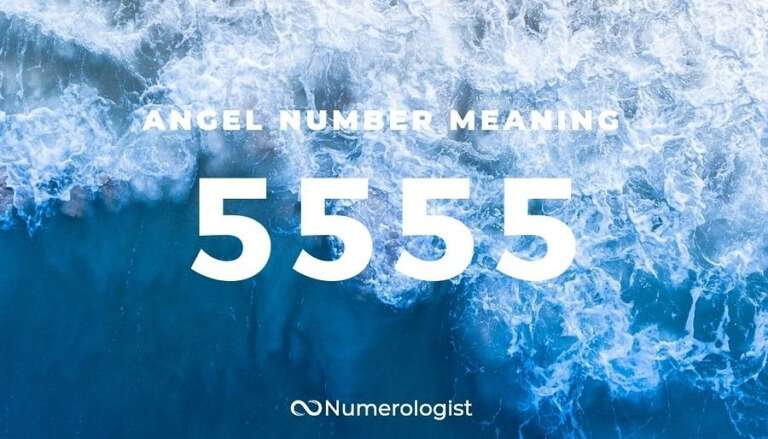