Three to four times a year, Mercury, the fastest moving planet in our solar system appears to stop on its orbit, stand still in space and then travel backwards.  It’s this backward motion that is being referred to when you hear people talking about Mercury “in retrograde” and each time it lasts for about three (looong!) weeks.

So when this planet goes into retrograde, these areas of our lives can be seriously affected.  And it’s precisely because as modern humans, we are SO dependent on travel, connectivity, technology and our many forms of communication, that Mercury’s retrograde feels like it cuts deeper than many of the other Planets.  It’s also travelling insanely fast, which means that its movements – especially when going backwards – can make us feel a bit like we’re inside a spinning top.

If you’re not prepared, it can certainly feel like a hot mess when you’re right in the middle of it.  But if you DO know what’s coming, and more importantly know how to handle it, then Mercury retrograde can be a breeze!

Follow these and who knows, you may just emerge from the other side more energized, more aligned and ready to leap into life with more gusto than before!

1. Back up your data

This is number 1 so do it now!  Because computers, phones and electronic devices all reside under the watchful gaze of Mercury, when this planet retrogrades it can spin their operating systems out of whack. Don’t take any risks.

Plan important conversations.  Check letters and emails before you send them, and make sure that all the information you need to convey is there in plain sight.

Our own attention and awareness can be a little off-kilter during a Mercury retrograde. Even though it can be easier to blame everyone and everything else when things go wrong, what if the lesson here is to take responsibility … before the storm hits?

Check the details of all arrangements made during Mercury retrograde, then check them again. Then one more time. Pay particular attention to travel plans.

Avoid entering into any new contracts or commitments. Instead, review, renew or release old ones.  When Mercury is in retrograde we have a good opportunity to go back over old ground to see what is and isn’t working for us any longer.  Cut ties which no longer serve you, and strengthen those that do.

If you really must embark upon something new …

If signing contracts or entering into agreements, read through every single line. Ask questions. Make yourself as informed as you can, because the chances are you’ll uncover a vital detail that nobody else told you was there.

If other people say things that upset you, don’t take it so personally. Let it go.  They’re also being swept up in this retrograde tide, so give them the benefit of the doubt.  They probably didn’t mean it.

Don’t hurt yourself by holding onto resentments. Mercury retrograde is the ideal time to cut karmic cords and free yourself of harmful, unwanted emotional ties to other people and situations.  Follow this link for a powerful forgiveness ritual.

We’re often flung into the past during a Mercury Retro, with old flames and forgotten friends popping up unexpectedly.  These are really opportunities to re-kindle connections, reinforce alliances or just to finally make amends and cut ties.  So make it intentional. Use this time to re-connect with people from the past you care about or have unfinished business with.

9. Flow with where you’re taken

Missed flights, unexpected delays and changed plans are really just heavily disguised cosmic course corrections. Mercury has a sneaky way of leading us astray, in order to lead us to something which is actually a much better fit.  So trust where you’re being taken – follow Mercury’s lead.

If reality as you know it appears to be dissolving in front of your eyes, stop running around like crazy trying to pick up the pieces!  S-l-o-w  d-o-w-n.  What else can you see appearing in its place?  What awesomeness is moving in to fill the cracks?  If all you are doing is rushing around pretending it’s not happening, you’ll miss out on the magic…

Here are the dates:

So grab your calendar, add in these dates and with our top survival tips you’ll be cruising through Mercury Retrograde like a dream! 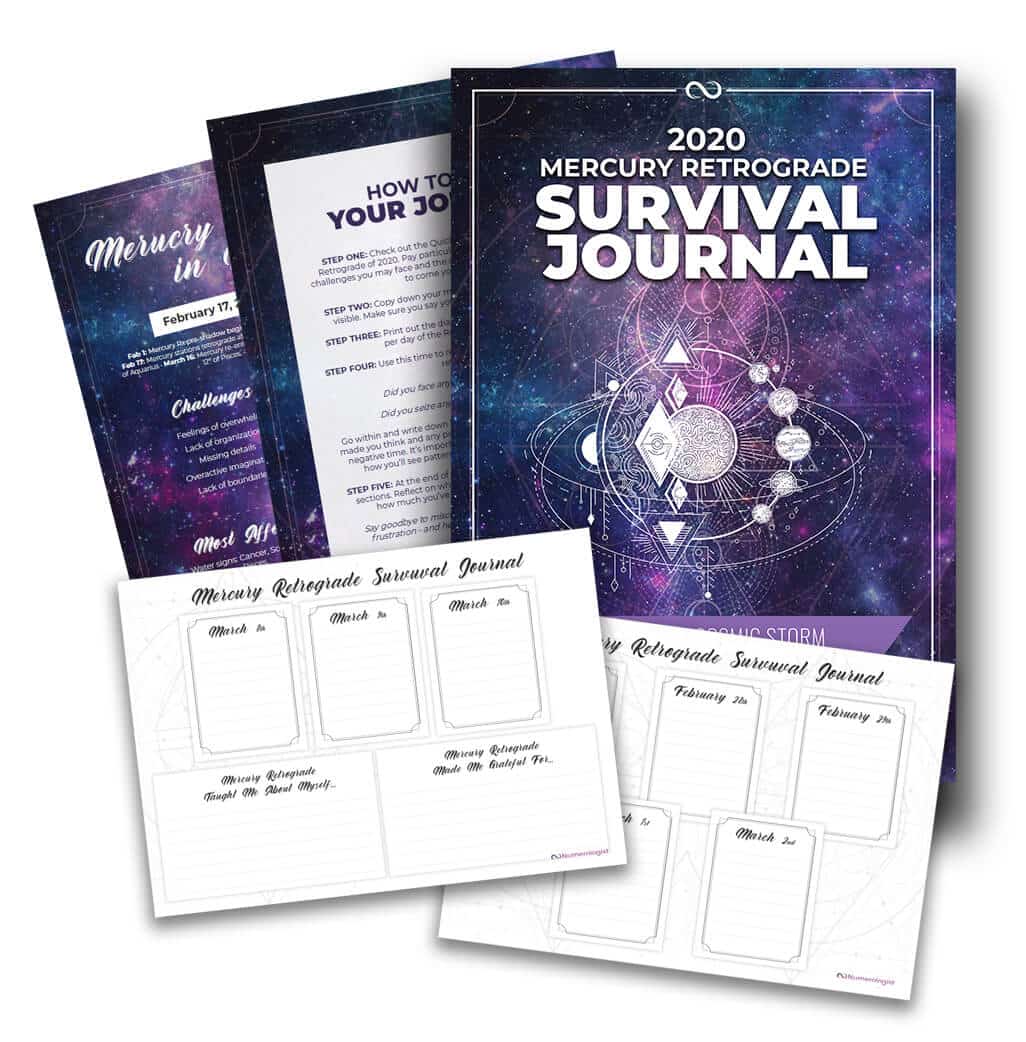 Horoscope: How Your Sign Will Cope With This Week's Cosmic Curveballs
3 Glorious Ways The Sagittarius New Moon Solar Eclipse Will Help You Expand Your Potential (Dec 4, 2...
Horoscope: These 3 Signs Will Actually Be Able To Breathe A Sign Of Relief This Week