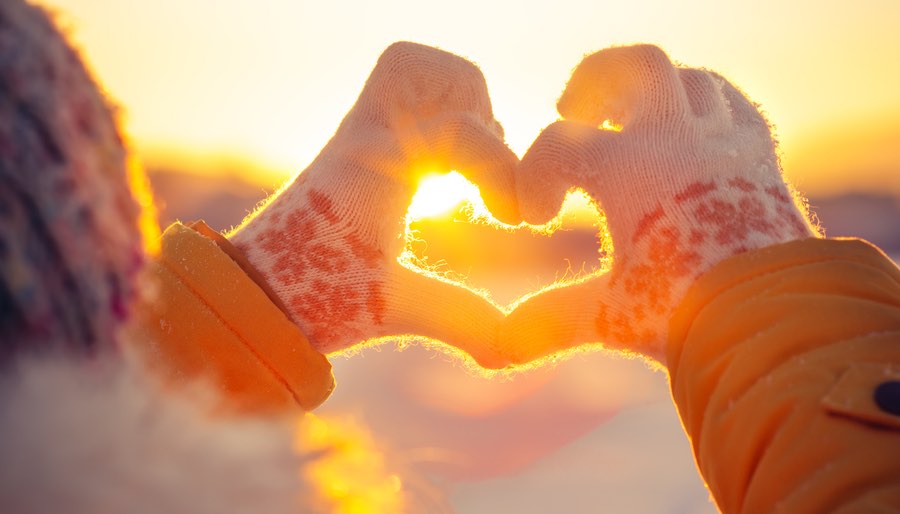 Across the Northern Hemisphere, the Winter Solstice (also known as Yule) marks a potent turning point in the year, when darkness is deepest, and the Sun shines above the horizon for the fewest hours of the day, making it the shortest day of the year.

When is the Winter Solstice?

The Solstice arrives each year on December 21 or 22. It’s marked by the Sun’s transit into the zodiac sign of Capricorn – the grounded and tenacious sign of the goat, which is apt because sometimes, getting through the winter season can feel a lot like climbing a very high mountain.

In the Southern Hemisphere, this day coincides with the Summer Solstice – the longest day (June 21 or 22 in the North). Follow this link to read more.

Why Do We Have the Solstice?

Its caused by the way Earth is tilted slightly on its axis, so when our gleaming jewel of a planet spins around the Sun, the poles are on a slight diagonal (in relation to our orbit). This is what creates the seasons, the shifting heat and light, and it’s what causes the Northern and Southern Hemispheres to experience summer at different times of the year. (The Moon also has a part to play, but that’s another story…)

What’s the Significance of the Winter Solstice?

As one of the oldest winter celebrations in the whole world, Yule is still kept alive today by modern Pagans and by many other ordinary folk who are simply connected to, and enamored by the rhythms and cycles of our incredible Earth.

Winter Solstice is both a powerful time of release and of rebirth, full of meaning and symbology. Ancient cultures told many myths about the Winter Solstice. From Frigga the Norse Goddess who sat at her wheel, spinning the fates (the origin of our modern Christmas wreath); to the Celtic Goddess Rhiannon who rode through people’s dreams on the darkest of nights, offering them visions; to the Egyptian Goddess Isis who gave birth to the sun god Horus on this day, symbolised by a winged Sun. Begin to unravel these stories and our own, modern, Pagan-rooted traditions make a little more sense.

Since ancient times, Yule has also been a day for sowing seeds and setting intentions for the coming year. Days like this are known as “power days” – pivot points on the axis of the seasonal wheel, like the equinox and cross-quarter festivals – as there’s a LOT of cosmic charge in the ethers, ready and available to be directed at will. So it’s one of the best days in the entire year to hold a ritual, work a little magic, and connect to the divine, creative forces of Nature.

Winter Solstice is also a wonderful day for celebration, for gratitude, and for pausing on the treadmill, to honor all that we are, and all that we have in the spaces we inhabit right now.

Here are 10 winter solstice celebration and ritual ideas for you to use, adapt and perform within your own life, to mark this beautiful and sacred Solstice time.

On the day of the Winter Solstice, use only candles to light your spaces for the day, starting with a candlelit breakfast, and finishing with candles by your bedside. It could slow you down, – you’ll have to move more slowly and probably get to bed much earlier than usual, but this is the point! Allowing only candlelight and what limited sunlight there is, and less artificial light to enter in through your eyes and skin will attune you to this darkest of days, inviting the rest and replenishment your body and soul needs.

One of the greatest ways to celebrate! Gather a heap of wood to burn and invite friends and neighbors to join you, to enjoy the sight, sound, and heat of a blazing solstice bonfire.
When the fire dies down, you could follow the beautiful tradition of saving a piece of charred wood to start next years’ fire with (or even your Summer Solstice fire!)

Amp-up your connection to your solstice fire, by harnessing its transformational power.

Write down anything you wish to release onto small pieces of paper and toss them into your fire. As they burn in the flames, know that you are energetically releasing whatever has been holding you back.

It’s important to complete the ceremony by inviting something in, to replace what you have let go of. It could simply be love. courage or openness to something better, so write this down onto another small piece of paper and toss this into the fire too. As it burns, you are releasing the idea to the Spirits, so that they can help it manifest in your life, in its highest and best possible way.

The ancients used holly for its protective properties (energetically as well as physically!) So making and wearing a holly crown is a potent symbol of protection against the malevolent spirits which can lurk at this dark time of year. Alternatively, make like the Goddess Freya and create a wreath to hang on your front door, protecting your home and hearth.

Narcissi, crocuses, and tulips are perfect examples of bulbs to plant at this time of year. You can plat them outside or indoors in pots, where they’ll also serve to decorate your home through the late winter gloom! Set your own intentions as you bury these small globes of potential. As they develop shoots, stems and finally bloom over the coming months, they will act as symbols of your own blossoming desires. This is a lovely way to set a gentle, earth-honoring pace, and to provide a beautiful visual correspondence for any intentions you set to manifest in the Springtime.

Select a crystal (you can choose one you own already or why not treat yourself to a new Solstice gift! I find that raw stones are best, not always as pretty, but they can be programmed, unlike tumble stones). Set an intention into this stone for what you would like to attract for the next quarter-year, and carry it with you as a talisman. Be careful – this is a powerful thing to do, and unless you remember to de-program your crystal, it will keep on calling in what you’ve asked for indefinitely).

I love to program small pieces of quartz, with simple intentions like holding and emitting the vibration of love, and squeezing them into knots in trees. There is something very special about returning these pieces of earth to Her.

7. Bake some bread, a cake, or some solstice biscuits

As you add each ingredient, send a wish into the bowl with it. Know that you are creating up a powerful mix, a potion of intent that’s already taking form, and is the beginnings of manifestation!

The last step is to eat your creation, with pleasure and confidence that your intentions are literally becoming you!

8. Make some mulled wine or cider and share it with the people you love

At midwinter, when solar light is at its lowest, it’s important to re-kindle our human connections. Offer physical warmth – hugs, hot drinks, and cozy hearths, AND emotional warmth, kindness, and generosity to the people you care for.

Be there, when at sunrise, when the Sun bobs his head above the horizon in the morning to welcome back the light.

As you drift off into the longest, darkest night of the year, invite in the visions that will light your way through the next turn of the yearly wheel. You could ask the Goddess Rhiannon, or simply your higher self, to visit you in the dream worlds, and show you what you most need to see.

Be sure to keep a pen and some paper or a journal by your bedside, to write down what you recall upon waking in the morning.

The Solstice is meant to be FUN! Our ancestors were struggling through these dark days, probably more than we can imagine, so this day was a celebration of the imminent return of the Sun! So enjoy yourself!

Use these suggestions as a starting point, and they could even mark the beginnings of some Solstice traditions of your very own!

Wishing you a beautiful Solstice! 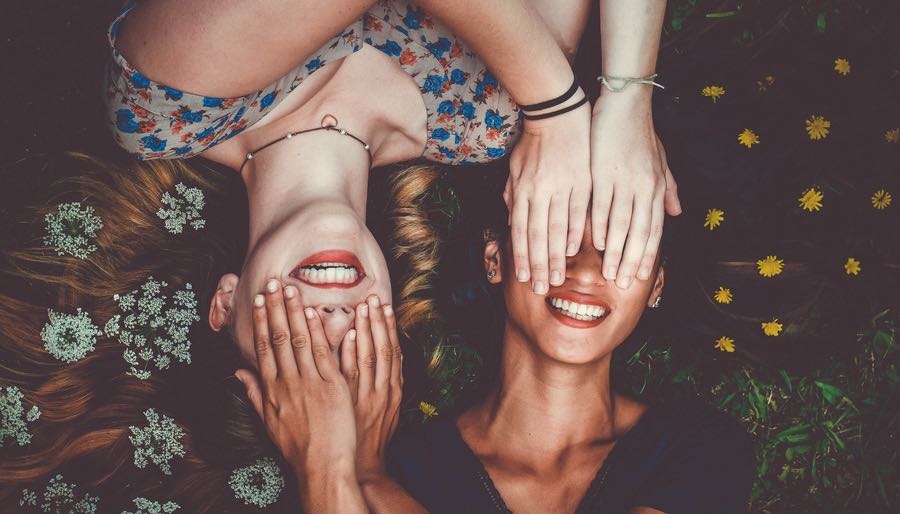 10 WAYS TO CELEBRATE BELTANE, THE SACRED FESTIVAL OF SPRING… 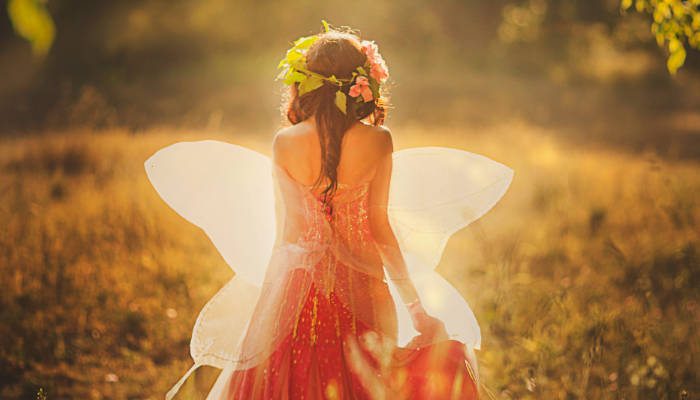 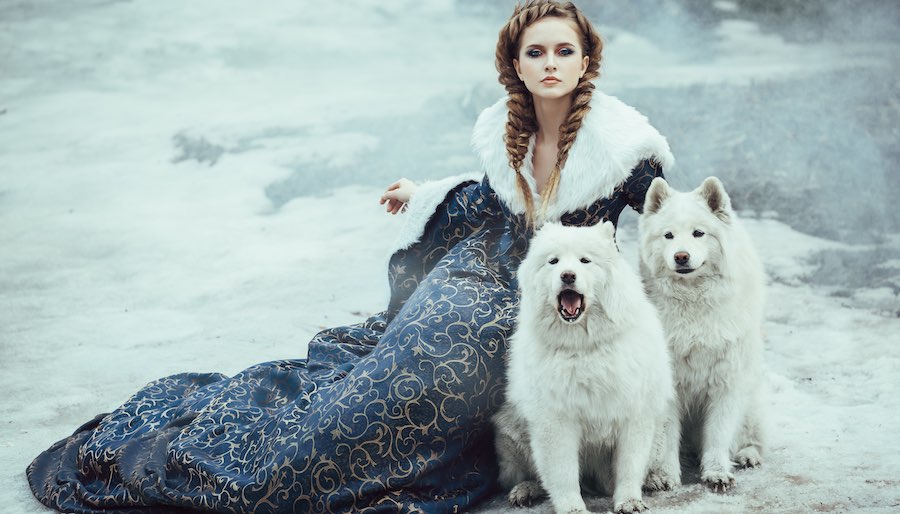