Achieving Freedom Through The Power of Forgiveness 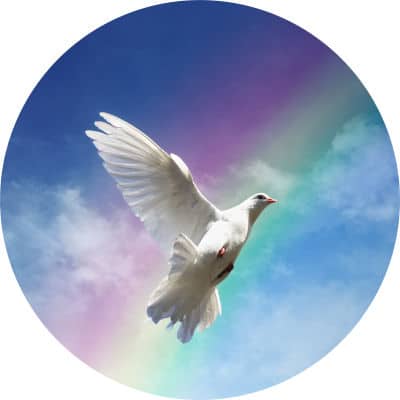 I was introduced to the concept of cutting ‘energetic’ cords in 1992 when I first started investigating energy medicine for a documentary I was producing for my B-Tec National Diploma called ‘Alternative Medicine – The Way For The Future?’

After interviewing a reputable Homeopath whom I shall refer to as Martin, he explained to me that this ritual was highly effective for letting go of unwanted emotions such as fear, resentment, anger and grief. I was baffled as to how such a simple tool could be so effective in the process of healing emotional and mental blockages but thought I’d give it a try anyway to assist with some issues I was having with low self esteem that I believed was caused by being bullied at school.

Until I began the process I had no idea how much resentment I was holding onto towards my Dad and guilt I was feeling about my sexuality.

Different versions of this ritual reappeared at various stages of my life. Usually when I needed to let go of something or someone that was no longer serving my highest good.

The simple method involves going inward via meditation and allowing the subconscious mind to reveal the people or situations that are causing distress in some way.

1. Bring Up Those Who May Need Forgiveness

Whilst your mind is quiet, listen out for their names or memories to resurface and trust that whatever comes up requires healing through forgiveness. Remember it is important for us to bring emotions into the present for them to be healed and released.

2. Imagine The First Person On The List Standing Before You

Then once you have formulated your list, imagine the first person on the list as if they are standing before you. The next step is to visualise a glowing, golden thread stretching between your solar plexus and theirs and then start listing all the things that you are feeling resentment towards them for. An effective way of doing this is to verbalise those emotions so you may want to find a secluded spot to perform this exercise. Try and release every last feeling until there is nothing left unspoken. It will feel as if you are purging your body, mind and soul. Observe this energy as it diffuses from your cells.

3. Cut The Thread & Announce Your Forgiveness

Then cut the thread in some way and announce that you are ready to forgive them and watch as they disappear into a vibrant, white light. I usually image a large pair of golden scissors snipping cleanly through the thread.

It is important to do this from their perspective too. Therefore the next step is to try and feel any resentment that they are holding towards you and make a decision to forgive them for that (say it out loud) and once again divide the golden thread and watch them merge blissfully into the light.

Remember to go through this process several times with all members on your list as it creates a much deeper sense of inner peace. In many cases it is apparent that for people to be able to move forward with their lives they must forgive certain individuals or even themselves. This does not mean that they have to excuse their actions or behaviour but to merely offer forgiveness at a soul level.

I have witnessed first hand many of my clients evolve significantly by being brave enough to tackle this intensive method of emotional release, including people who have felt betrayed, abandoned, bereaved or rejected often for long periods of time.

Try it for yourself and you are guaranteed to feel lighter almost immediately. Who do you feel resentment towards?