Step Into The Astrology Zone! What Will You Discover Inside the Celestial World of Susan Miller?

By The Numerologist Team
Astrology, Astrology 101

It’s not often that we point you in the direction of other astrologers. But Susan Miller is a very special case.

In 2018, there was one name on everybody’s lips in the field of astrology…

An article in The Guardian highlights how she became one of the most successful astrologers of recent times. Her website, Astrology Zone, has become a gathering place for millions of people. And her insights have influenced the lives of almost everybody she’s come into contact with.

Susan’s success speaks for itself. Astrology Zone currently has 17 million followers, many of whom are younger people on a quest to learn astrology. In 2018 alone, her website had 310 million page views.

She’s the author of 11 books and many magazine columns, as well as being a TV star. Some would even argue that Susan has made astrology a global phenomenon beyond what we’ve previously seen.

But who is she and how has she established herself as such a bright leader in the field? In this article, we’ll get to know Susan Miller and delve deeper into the Astrology Zone. 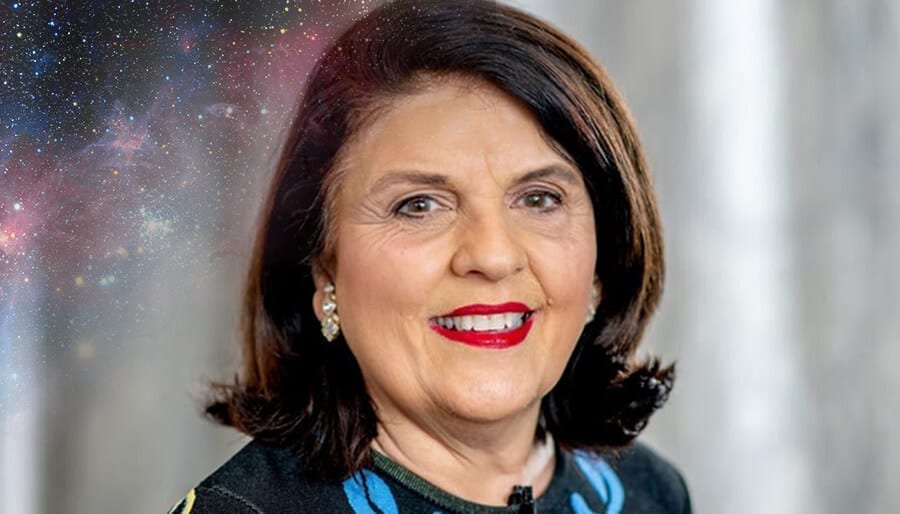 Getting to Know Susan Miller

It all started with her mother.

Susan Miller’s early life in New York was one of hardship. She was born with a birth defect that resulted in the arteries in her leg failing to function properly. As a result, she suffered from constant bouts of internal bleeding that caused severe pain.

However, her mother believed that the leg would heal. Susan’s mother was a practitioner of astrology long before the science of the stars entered popular culture. This was the 1940s, and Susan’s mother only did astrology readings for her friends and family.

Her primary focus was her ailing daughter.

According to Susan, her mother predicted a great many things. As the article in The Guardian puts it:

“Other than predicting the internet, and her daughter’s future career, she also predicted that Miller’s leg, which had paper-thin arteries that led to internal bleeding throughout her childhood, would heal by the time she was 14.”

Susan was destined to become an astrologer, at least according to her mother. The leg that caused her so many issues would also heal – that was another prediction that came true. But perhaps the most important of those predictions was the rise of the internet.

After all, it’s the internet that has allowed Susan’s work to receive such widespread acclaim.

There are two philosophies that define what Susan has achieved in the field of astrology.

The first is her belief in what astrology actually is. As her website puts it:

“Susan says astrology is the study of mathematical cycles and has nothing to do with her being psychic (she claims she is not). Susan also emphasizes that astrology is not the art of predestination, for each of us has free will.”

Susan does away with a lot of the mysticism that surrounds astrology. Perhaps this is part of her appeal to such a large audience, as her mathematical approach means she can talk to the skeptics.

She doesn’t claim to divine the future, either. Instead, she uses her techniques to discuss a possible future. Ultimately, it’s up to the reader whether or not that future comes true. She believes that her work may influence people, but it doesn’t overcome free will.

In explaining her widespread appeal, she says:

“The internet. That’s what has made astrology so popular. In the old days, you had to go to the library or buy a magazine.”

Susan sees the internet as a tool for getting her messages out to a larger audience. However, she also relishes the opportunity to connect with her readers and explore her ideas with them.

Prior to the advent of the internet, this type of interaction wasn’t really available. You’d read a horoscope in a newspaper and have no easy way of exploring it with the astrologer.

Susan has achieved such popularity because she eliminates that barrier and communicates with people via the web.

The advent of the internet gave Susan a platform beyond any that her mother could have had.

And with her mother’s predictions still fresh in her mind, Susan was one of the first astrologers to harness the power of the web. She started Astrology Zone in 1995, back when the internet was just a nascent technology.

In this case, being one of the first certainly paid off. Susan began building a following amongst early adopters of the new technology. And as more people came online, that following only grew stronger.

Of course, a lot of hard work went into building Astrology Zone into what it is. To this day, Susan still writes over 30,000 words per month for the site. And she’s still communicating with her followers, even with added writing and TV commitments.

Stepping Inside the Astrology Zone

So, what can you expect when you enter the Astrology Zone?

Susan Miller takes a very positive approach to her astrological work. She believes in highlighting the best parts of her readings while helping readers negotiate the tougher parts. According to Susan:

“You feel a great responsibility to people and you can feel the tension – you have to be accurate with what you say. I don’t have trouble deciphering the stars, but if I have difficult news, I look for the good parts of the chart and try and help emphasize them, and show the reader how to negotiate the difficult parts.”

This means you can expect readings that focus primarily on how you can make your life better. But what exactly does Susan cover on her website?

A quick exploration will turn up both her daily and monthly horoscopes. The daily horoscopes are part of her paid subscription plan. They provide detailed information about what the stars say about your day.

However, those who don’t want to spend money will still find plenty of information in the monthly horoscopes. Susan is not the sort of astrologer to dedicate a couple of lines to each star sign. Every month, she takes a detailed, multi-page look at what the stars have to say about your sign.

She explains her readings in detail and helps you to understand how everything she discusses applies to you.

Susan also maintains a blog, which she calls the “Learn Astrology” section of the Astrology Zone. Here, you’ll find all sorts of information about astrology that will help you decipher her readings.

You will also find information about Susan’s upcoming astrological events, should you want to meet her in person.

Simply put, Astrology Zone is a valuable resource for anybody who wants to find out what effect the stars have on their lives.

Susan Miller has been using the web to communicate her message for quite a while. Her positive and interactive form of astrology has led to her developing a huge audience.

Few people have done more for the science of astrology than she has in recent years.

We consider her a great proponent of astrology and appreciate what she’s done to bring this science into the mainstream.

Have you come across this Los Angeles-based astrologer’s work before? What do you think about it and are Susan’s readings accurate for you? Why not let us know in the comments section below?

Horoscope: Here's How Your Sign Will Cope With The Challenging Energies This Week
Horoscope: New Adventures Are Coming Your Way In September & These 3 Signs Will Get The Biggest Shak...
5 WAYS THIS NEW MOON IN VIRGO WILL MAKE YOU FINALLY GET YOUR LIFE TOGETHER