Tarot Explained: What is the Suit of Wands?

Tarot Explained: What is the Suit of Wands?

Tarot has four suits, which make up the minor arcana.

Each relates to an element and an energy type, and they represent the subtle forces that move through our everyday lives. These forces affect us through our environment, our relationships and the circumstances we face on a daily basis.

The influence that these cards describe is usually temporary, yet are here to teach us valuable lessons and lead us into a place of greater self-awareness. 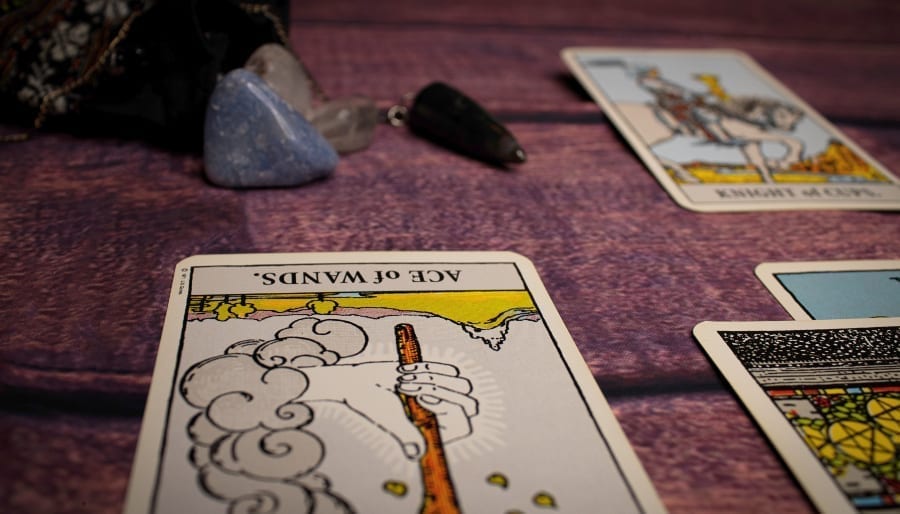 PinWhat is the Meaning of the Suit Of Wands?

Associated with fire, the suit of wands represents passion, creativity, inspiration, and primal energy. They bring ambition, determination, and strength of will. As such, they can often refer to your career and sense of purpose in your work in the world.

This suit is also the most individualistic of all, and like the element of fire can be wild, unpredictable, and highly destructive if not channeled wisely,

The suit of wands also bring refers to sexuality, and its energy is generally considered to be masculine.

What Does it Mean if the Suit of Wands Shows up in a Tarot Reading?

When these cards appear for you in a tarot reading, it’s likely a call to action – you need to put some of your creative and passionate spirit into the game!

Because of this suits connection to self-purpose, these cards showing up could indicate that you need to activate your inner entrepreneur. Take a risk, and start a new venture. OR are there more creative ways you could apply yourself to a current work situation?

The thing to remember when the wands show up in Tarot is that they’re likely revealing layers of meaning to things that are in their beginning stages (which is also where you should look for solutions). They also refer to the self – to personal behavior and ego, rather than anything outside of yourself. These cards may be calling you into self-inquiry and a deeper exploration of what is currently motivating you.

When negative traits or meanings are indicated by the Wands, these usually involve egotism, impulsiveness, self-centeredness, and even a lack of purpose or direction.

Upright: Conflict, tension, rivalry (and the leaning that these states can bring).
Reversed: End or avoidance of conflict, peace, harmony, agreement.

Upright: Defending yourself, standing up for what you believe or have created.
Reversed: Giving up, admitting defeat, surrender, lack of self-belief.

Upright: Movement, progress, decisions being made.
Reversed: Delays, lack of progress, slowing down, the requirement of patience.