20 Signs You Have Returned From Atlantis

Plato believed that the mythical, ancient civilization of Atlantis existed many thousands of years ago and due to a volcanic eruption, disappeared under the oceans and was never to be seen again.

Some believe that it was located in and around the Azores, others lean more towards Andalucia or Greece. Another group believe it was frozen underneath the ice in Antarctica, whereas another portion of the population believe that it was way up in the mountain in the Andes.

Wherever it was actually located isn’t as important as what it represents. It was an ancient power grid with sustainable technology, advanced energy healing modalities and an absence of the restrictions of time and space.

I believe that many people have reincarnated onto the Earth during this time to help humanity ascend into the golden age of Aquarius. Are you one of those people?

We all have past lives but for some of us, our past life, and our true Soul, has its origins in something shrouded in mystery. For those with an Atlantean Soul there are several telling signs that their connection to the ancient, lost city is more than just mere fascination.

Signs You Have Returned From Atlantis

Here are twenty traits that you might be able to identify with that could mean you have returned from Atlantis.

1. You Have Vivid Nightmares 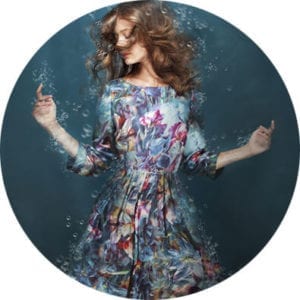 These can involve cataclysmic events happening on the planet such as tidal waves, tsunamis or even volcanic eruptions. I have a recurring nightmare that I am trying to escape from a colossal wave but can’t find anywhere to hide.

2. A Fascination With Crystals

Holding a crystal can instantly change your state of being. I work with crystal during my Reiki healing sessions as they help to focus color energy into certain chakras, rebalancing the entire system and uplifting the emotions.

3. Drawn Into The Healing Arts

You are drawn to vibrational remedies, energy healing such as Reiki, flower essences, organic essential oils or color therapy.

This vibrant color represents the ‘truth’ and gives us great faith in the work we are doing during the ascension process. It also embodies communication with ancient species like the whales and dolphins and reminds us of the stunning turquoise hues of the ocean in Atlantis.

You feel you have incarnated during this period to do something extremely important.

You may be experiencing some form of reawakening during this period, where old memories are resurfacing of you bathing in ancient, white marble temples in pools and lagoons, exploring your sexuality and sensuality whilst reawakening the Divine Feminine.

You may be experiencing an inner battle between dark and light, where you are forced to confront your shadow side in order to be able to release blocked emotions that are preventing you leading the life of your dreams.

You may have an unnatural fear of the water. Fearing that you are going to drown when you go in the ocean or avoiding swimming pools like the plague. You may recall being submerged in water and feeling like you can’t breathe.

You feel as if you don’t belong or fit in with any groups and feel alien to other people. You also notice that they are uncomfortable around you too.

It might be that on a hot summer’s day, you find it unbearable being out in the bright light. You may resonate with sound therapy because you can feel each vibrational frequency emanating through each cell of your body. You may also be sensitive to noise, you don’t like loud traffic or high pitches and have to live somewhere remote and quiet. It is also possible that you may be experiencing high pitch ringing in your ears as if someone is trying to tune a radio inside your head.

When visiting new places you may feel as if you have been there before although you can’t pinpoint exactly when.

You may avoid confrontation or indirectly go against the demands of other people.

When you are in bed in a semi-lucid state you may experience unusual entities looking over you or you may find it impossible to move or get back into your physical body during an out of body experience.

You either love technology and computers or you hate it. However, you probably recognize that our society isn’t as technologically advanced as some people assume.

15. Urge To Find Your Twin Flame

During the fall of Atlantis, a lot of people were separated during the cataclysm so events have been brought forward to your current life that you need to find the person you were wit back then. Find out more about Twin Flames here.

You have a burning desire to reconnect with your soul group and spend loads of time on the internet connecting to niche groups who resonate with the same interests. This is your way to establish relationships with the group incarnation of souls that you spent time with during your time in Atlantis.

You easily empathize with other people’s feelings and are very sensitive to their emotions. You may also receive messages from people who have crossed over.

You probably have no idea where this has come from. Perhaps during the time of Atlantis, you were part of a group that were experimenting with the manipulation of DNA to try and create a superior race?

You strongly resonate with the ancient wisdom of the whales and dolphins and secretly believe unicorns are real.

You might be receiving downloads from the stars. During meditation, you could be receiving all sorts of information in the form of signs and symbols that you can’t decipher at first. What I do is jump onto good old ‘Google’ and do a bit of research. It will improve your awareness which will benefit the ascension of humanity.

If you feel that you have recognized yourself in 15 or more of these traits, then it might be worth doing some further research on this epic period of the evolution of our planet.

Leave a few comments to let me know how you are receiving ‘unusual information’ whether that be in your dreams or during meditation and be brave enough to reveal what it has taught you. It may also benefit someone else watching this video.