Three of a Kind

Ever wonder why the universe seems to deliver things in threes? While I won’t try and solve the mystery of good and bad luck windfalls, I can shed some light on the many three’s that appear in magick and spirituality. Numbers are magick (that’s ‘magick’ spelled with a ‘k’ to distinguish it from stage illusion) and not just for aficionados of numerology. In Wicca and in all kinds of magickal traditions, numbers have mystical meanings and ye’ olde three plays a starring role.

The first three numbers (1,2,3) are a part of a creation story found in most forms of occult knowledge. This is why the tarot, runes, Gnosticism, Kabbalah, astrology, sacred geometry — and of course numerology — all include the ever-mystical three in a similar way. The magickal genesis story goes like this:

A single point in space, or 1, is the void. When the point separates and becomes 2 points, it also becomes a line. Having something to relate to, consciousness and duality come into being – light and dark, mother and father. The midpoint of this line extends and three points appear, forming a triangle in space. So the number 3, the product of 1 and 2, becomes the first manifestation of the divine — creation.

This is the story of how energy moved from nothing, to duality, to reality, as told in numbers. It is the reason for the powerful creative vibes behind the number three.

Where Do Threes Show up in Magick?

Deities are known to come in threes. Many world religions come with a trinity that includes a creator and addresses death, such as for Christians and Hindus. In Greek mythology, there are three goddesses that personify fate. They spin, measure, and cut the thread that represents the length of a person’s life. 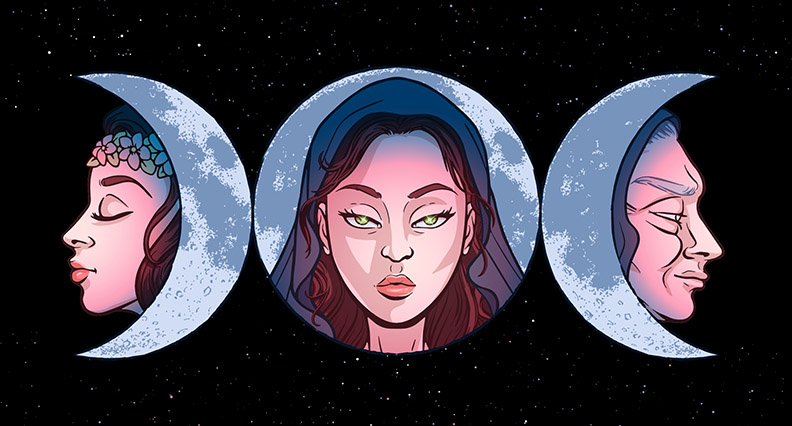 Wiccans and other Neo-Pagans find the sacred number three in the Triple Goddess. She has three aspects, represented by three moon phases. These correspond to the phases of a woman’s life; maiden, mother, and crone. The Maiden Goddess embodies hope, inspiration, purity, and new beginnings. The Mother Goddess brings fertility, love, patience, and responsibility. The Crone Goddess represents wisdom, personal and spiritual power, fulfillment, and letting go.

Every one of these various spiritual triples describes creation in some way. Even in numerology, the three is the creative spirit. From trinities that include creation and death, to Greek and Pagan lady-trios that describe a life span, three’s always come back to one thing: creation and creativity. 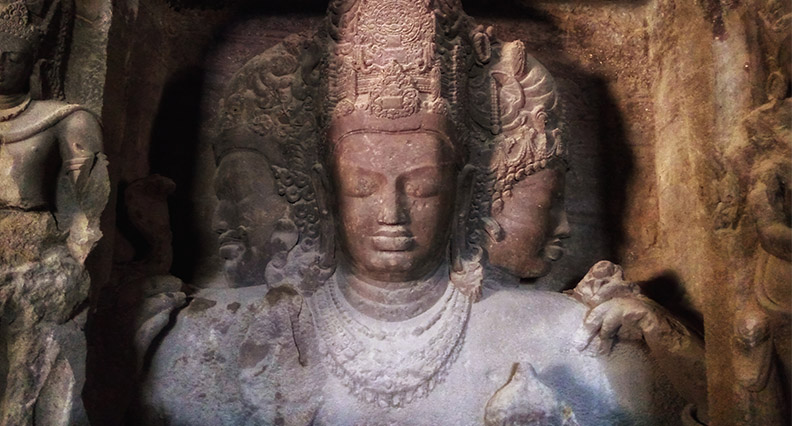 There are times when things just feel stagnant. One week, you feel like you are in an amazing flow of luck and inspiration, and the next, you are knee-deep in inertia and mental muck. This spell uses the power of three to get that mojo flowing again. Invoke the Triple Goddess with this simple candle ritual to get back into your creative flow.

Do this spell outside, preferably in the light of the moon. Start your spell by taking 3 deep cleansing breaths. Allow your body to relax and your thoughts to settle and focus.

Write ‘Maiden’ on the first slip of paper, ‘Mother’ on the second, and ‘Crone’ on the third.

Place all three slips of paper in the bowl and light it on fire! If you have some herbs like sage or sweetgrass, add that to the mix.

As it burns say,

“Birth, life, and death – I step into the flow

By the triple goddess, as above, so below

Mother, maiden, crone – three but one

For the benefit of all, let it be done!”

How will you harness the power of the Triple Goddess? Let us know in the comments below!

CHECK OUT THESE RELATED POSTS: