The Children Of The Zodiac – The Leo Child: Bold & Brazen 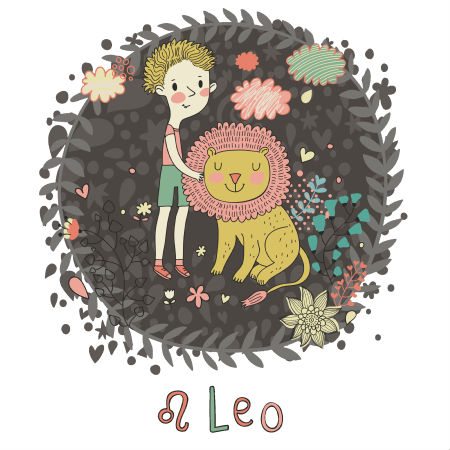 Leo likes to live life King sized. As an adult, this could mean owning many pieces of designer clothing, traveling multiple times each year, owning state-of-the-art electronics, or having decorations and furniture that show his good taste. As a child, this could mean that when he wants something, he wants the best of the best. He may have a preference for the best version of a certain toy or sporting good. Even if you do have the means to support this preference, it is best to teach Leo that there are times when it is a wise decision to purchase moderately. Depending on his upbringing, Leo may become one of two extremes: spoiled or eager to please. Neither of these extremes are good for the Leo child, so it is good to teach him to be in the middle. Leo child has a fragile self-esteem that builds as he gets older and finds confidence from within. Before then, when correcting or criticizing his ways, be tactful with your words. He understands people best when they show consideration.

Leo is ruled by the Sun, which shines boldly at the center of the solar system while other planets revolve around it. Because he is ruled by the Sun, Leo naturally has his own world and his own beliefs. He is open to new ideas as long as they don’t oppose his preferences. To understand actions or beliefs from a foreign standpoint might prove to be difficult. A lot of this goes away the more Leo makes friends with different people. Some Leos can grow up to be arrogant and bossy. If he has an issue with this from a younger age, respond kindly when he is humble, and disapprovingly when he is being arrogant. Also, make it clear that people don’t respond kindly to bossiness or arrogance. Be careful though – you can hurt his pride with any sign of disapproval. As a result of constant disapproval, he may become stubborn and deliberately disobey authority. To avoid this, stay respectful during times of conflict. This should go without saying, but name calling and belittling any aspect of his personality will scar him for a long time. In addition to verbally promoting humility, be sure to show this through your actions, as Leo is great at detecting hypocrisy.

Leo child has a very creative and imaginative mind. He loves bright colors, music and sounds. The combination of his mind and love for aesthetics gives him a special knack for theatrical talents. Even the shyest Leo child will find joy in exploring his theatrical side. Early on, enroll him in drama, dance or gymnastics. Leo’s artistic talents are largely attributed to the fact that he can easily act as himself in a wide range of situations. To broaden his abilities, have him imagine himself in other people’s shoes. This is a good exercise to get him to relate to others and build compassion, as well. A great way to bond with your Leo child is to partake in his playtime. He loves to play, be it with a board game, dolls, tag, running around with pets or on a computer. You may see that Leo child with time and gifts from an early age, and that is how you know he cares about you. As a token of love, he may bestow you with a gift straight from his room. In his eyes, this is a high compliment, as he is usually very proud of his belongings. Leo has a set idea of what he likes, and at a young age, he assumes other people like the same things.

Leo is known for his loyalty towards family and friends. However, that loyalty has to be deserved. Leo will maintain his loyalty to you as long as you are honest, tactful, make an effort to spend quality time and add excitement. You are likely to find your Leo toddler surrounded by other children on the playground. As he gets older, you will find that your home becomes a meeting place or a gathering place for friends. This is yet another way that the warmth of the Sun attracts others. In addition to his personal warmth, Leo likes to create a carefree zone for guests. Getting the Leo child to clean up after guests may be difficult. If he is asked to do something he doesn’t want to, “because I said so” is not a reason that he would understand. Being ruled by the Sun, be sure to use reasoning that relates specifically to him. When Leo child becomes condescending, let him know that his tone of voice and his words are coming off that way. Rhetorical questions such as, “what would you think if…” or “ how would you feel if…” can open up Leo child’s mind to why he should address people with consideration.