The Children Of The Zodiac – The Aries Child: Ambitious, Independent, And Proud 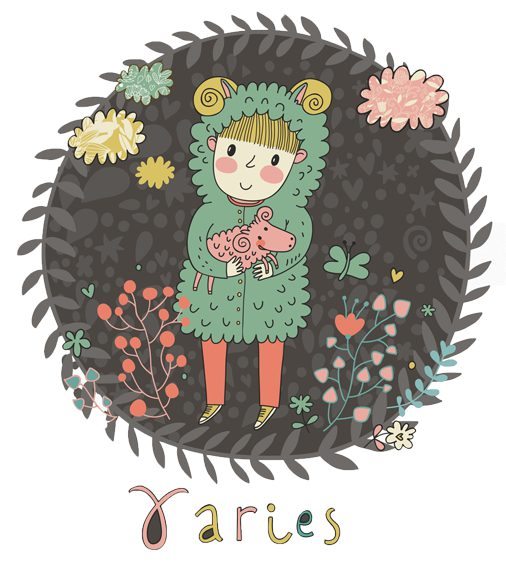 PinAries are known to be initiator and leader of the zodiac, and anyone acquainted with an Aries child can see his traits develop fairly quickly. Aries babies learn to walk and talk at an early age. When he does talk, his voice is projected so that he can be heard. When young (and even when older) he is enthusiastic about pushing through his boundaries in order to explore new territory. You will find that his curiosity draws him to forbidden territories. His curiosity also leads him to be outgoing with all types of people, and he gets along with other children easily. Although Aries child may have a lot of friends, he will have a few peers he genuinely admires and will defend if needed. As with all children, it is very important to teach Aries children to pick friends who uplift them.
The Aries child can be impatient with peers when he feels he knows the best way to do things. His intentions behind this are pure, and without spite. Because he personally learns through trial and error, repeatedly, he doesn’t want other people to experience what he did just to come to the same conclusion. He is courageous, and he takes risks so that other people don’t have to. Aries is born with an independent spirit, and this must be embraced instead of stifled. With his attraction to the forbidden, he may get carried away with his independence if he is taught that it’s wrong. To embrace his independence, let him learn and explore on him own while keeping an eye on him from a distance. An Aries child may take note of daily routines within his household, but he will experiment to see if he can come up with his own routine to suit his personal needs.
The Aries child is very proud of his achievements. His pride can be easily hurt if his achievements and efforts are overlooked or put to shame. He can overcome this hurt, but it will be hard for him to forget. He is a tenacious go getter, and he thrives off competition to keep track of his own progress. The Aries child is not insecure, but praise from others serves as a reminder that he is on the right track. When he shows off his skills, he seeks admiration from his peers and authority figures. Criticism can be discouraging, so it is best received when it is sandwiched with praise. He has difficulty openly expressing his own fears and weaknesses due to his pride.
Young Aries is excited to face the world. He needs to keep busy and active because he has a lot of expendable energy. Participation in sports and playtime with friends are natural outlets for his action-oriented personality. To balance his active lifestyle, it would be best to exercise his mind with puzzles and brain teasers, and to help them see the benefits of planning before acting. When taking care of an Aries child, childproof your house as much as you can. He may be more accident prone than others, and have a hard time learning from these mistakes right away.
When Aries child decides what he likes, he REALLY likes them. He can eat the same food for days if he loves it. Leftovers won’t be an issue with him! He loves fast things, so he can receive the same race car in different colors and be perfectly content. He believes in individuality and dislikes having to study the same subjects in school. In fact, he can dismiss subjects he finds to be boring. For subjects he is interested in, he is motivated to be a knowledgable expert.