Here’s Why Sky-Gazing Tonight Will Help Crush the Patriarchy! 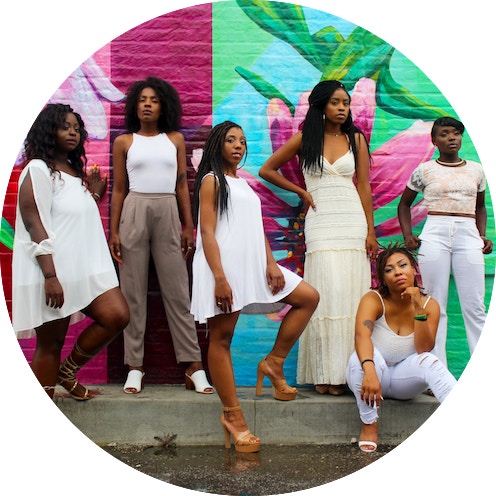 One of my favourite things about the New Moon is not actually the Moon at all!

It’s being able to stargaze into the uninterrupted blackness of the night sky, and see SO much more than I normally can when there’s even just a glimmer of moonlight.

Try it – take yourself off to a quiet spot far away from the lights of the city, lay down on a blanket and gaze upward. Its cosmic! It’s a complete perspective re-set.

Uranus, the Ice Giant, Reveals Itself on October 19th

Not many people know that our closest neighbouring planets are also often hovering (and visible) above. Tonight in London for instance, Jupiter and Saturn will be clearly for all to see just after sunset, and before sunrise comes around Venus and Mars may also be spotted. It’s just a matter of knowing where to look! (THIS is the brilliant resource that I use.)

But the New Moon on the 19th October will offer us a rare glimpse of something extra special that we don’t normally get to see.
Uranus is present in our night sky throughout October, and on the 19th, will make an exact opposition to the Sun (currently conjunct the Moon). These alignments mean that the directly reflected solar light, and the inky, dark sky that they sit in, will reveal the unfamiliar glow of the ice giant to the naked eye!

Look up into the constellation of Pisces on the night of the 19th (that’s different from the SIGN of Aries, where Uranus sits astrologically) and weather permitting, you’ll see the rare sight of the ice giant Uranus!

Connecting to Uranus cognitively, physically, literally, with your naked eye, can create a different energetic relationship with the planet, than just reading through your horoscope or checking in with your chart. Taking some time to look, to really look at this illuminated body in the sky, and letting its energy seep into yours, will help to ground in, embody and balance some of the change that this revolutionary planet is currently bringing. Uranus rules Aquarius, and is known for its progressive, unconventional, even trailblazing qualities. Its presence in your personal chart and in the wider context of the collective, can ruffle feathers in a big way, challenge the status quo, and create sudden ripples and breaks in the steady stream of life.

Let Your Voice Be Heard

It is easy to look at the news this week, and see how Uranus’ solar opposition is playing out all over the front pages. The glossy exterior of the film industry in particular, has been shattered, and the essence and archetype of the freedom-fighter is emerging in women all over the world, who have for too long been quashed and silenced under the weight of such immoral and illicit power plays. Both the darkness of the New Moon in Libra, and the momentary brightness of Uranus in Aries, both in hard aspect with the Sun, are making it impossible for what has been hidden for so long, to remain in the shadows.

So go and SEE the awesome seventh planet in its full glory in the sky this week! Gaze upwards and let its rebellious and innovatory frequency flow into your life, with YOU at the very centre of it, and make the changes the world needs, from right where you are standing.

PS: How is the energy of Uranus moving through your personal world this week? Share the changes that you are making with the help of this awesome planetary presence … and let me know if you get a good sky view this week!