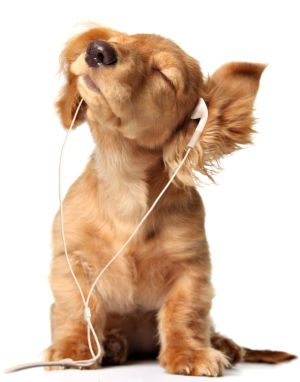 “Our Universe was created by sound, as were all other universes. Our Creators did not act. They spoke.”- Linda Goodman, “Star Signs”

What is Sound? Why Should We Consciously Work With It?

Sound is the vibration of particles and objects. It makes patterns – geometric shapes that are found everywhere.

It is among the most transformative energies on the planet. Sound causes change; shifts in energy, and its patterns.

For that reason, it is one of the most powerful healing modalities in the world. It is medicine in energy form. Physical medicine deals with ailments on a physical level. But sound deals with them on a higher energetic level, thereby going deeper, to the ailment’s source.

And because it is transformative, sound is not only incredibly effective for healing, it can also be a tool for all sorts of beneficial changes that we would like to make in our lives.

Sound as a Creative Force

Sound is a creative force that has even been part of many creation stories. According to various cultures and myths around the world, the world was created by sound. The Vedas of Hindu tradition said that the universe was created specifically with the sound “om”.  Om was considered to be equivalent to God, which to them, is Supreme Consciousness. The ancient Egyptians believed that the god Thoth created the world by his voice alone. And the “Papul Vah”, the sacred text of the Mayans, states that the first real people were given life solely by the power of the “Word”. The Hopi believe that all animals were created by the spider woman, who sings songs of creation over them. In the Bible, it states that, “In the Beginning was the Word.” And there is now also the modern scientific Big Bang Theory, which promotes the idea that the universe was created by an explosion that has been reverberating and expanding out in space.

The Power of Words for Creation and Magic 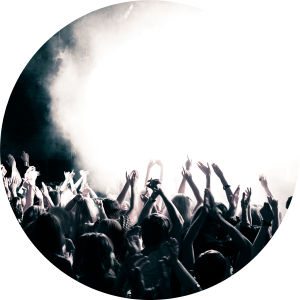 In Kabbalah, the 22 letters of the Hebrew alphabet are all consonants. These consonants are believed to have an energetic imprint. However, the power is latent and it is strongly asserted that it can only be activated by the human voice, when they provide vowel sounds.

Witches, magicians and other such magical workers understand the influence of sound as well, and firmly believe that all magic and materialization of intentions come from our words. For witches, the tongue is considered a powerful tool.

It’s been said that sounds, shapes and colors are interlinked. There is a close connection between these expressions of energy, and all other expressions of life. However, sound is more unique in that it works as an intermediary between an intention and visualization in the mind and concrete form. Its motion creates shapes that make an impression on physical matter.

How To Use Sound

So, what are some ways we can use sound and words to our benefit?

Here are some tips: 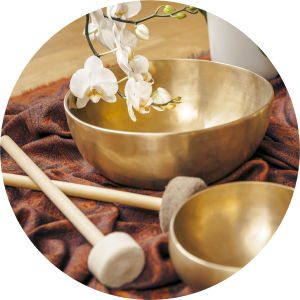 Be wary of saying things like, “ I’m so stupid.” The effect is more harmful than you may realize. Use kind words.

2. Pay Attention To What Music You’re Listening To

Some genres of music may influence you to feel more chaotic, and some may make you feel more harmonious inside. Feel which ones are benefiting you, and which ones are unhealthy for you to listen to.

Chanting Hindu Mantras is believed to be very beneficial in so many ways for the mind, body, heart and soul.

Here are some popular mantras:

Om Nama Shivaya – This chant is an acknowledgement and honouring of our inner divinity, which resides in all.

Om Mani Padme Hum – There can be a long, complex explanation of the significance of this mantra but  for me, simply, it is about clearing impurities that block us from our enlightened selves that exist within. This mantra is also linked to the theme of compassion.

3. Receive a Sound Healing Treatment or Attend a Sound Bath

If you haven’t experienced this yet, it is a treat! You may find a Sound Bath event going on in your local yoga studio if you look into it. There are also even Sound Healing Concerts, performed by Masters of the practice. Or if you’d rather stay home, you can find beautiful tracks to listen to on the Internet with headphones on.

To give your chakras a quick “tune up”, you could vocalize while standing, starting from a low note to a high note, repeating a few times. Singing is also a great way to chase away the blues and elevate your mood.

And remember, when it comes to working with sound, intention is everything!