By The Numerologist Team
Numerology

Within the ancient art of Numerology, every number is significant and holds innate power, beauty and meaning.  Uncovering the core numbers in a person’s numerology chart involves a process of reducing numbers to single digits, however, there are instances when these calculations result in what are known as “Master Numbers”. 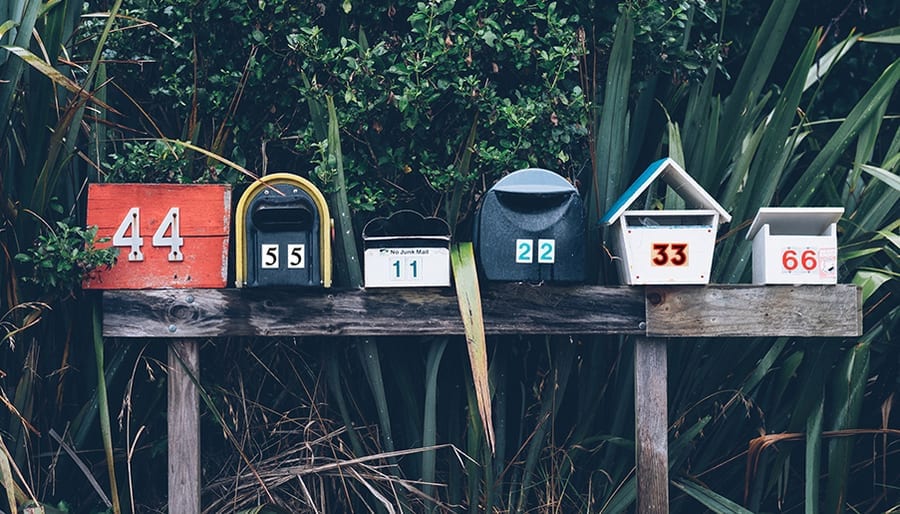 PinWhat’s the Meaning of Master Numbers?

The most common Master numbers are 11, 22, and 33. These numbers are very important in numerology, particularly when considering the numerology chart because they denote a higher potential for the individuals that possess them.

The reason that Master Numbers are significant, is that they contain a strong numerical foundational frequency, formed from the sum of both digits, AND a higher expression of  the doubled digit itself.  So it’s not simply that Master Number 11 contains twice the power of the 1, and 22 wields twice the influence of the 2.  No. The energy contained within Master Numbers exists on a ‘higher’ level altogether.  Their influence is felt on a different plane, and the effect they’re capable of having in the world is felt and seen beyond 3D.

It’s vital not to fall into the trap of thinking Master Numbers are ‘better’ or superior to single digits.  They certainly aren’t, and it’s one of the most basic beliefs within Numerology that every number is of equal value and importance.  Hierarchy does not exist here.  The most steady and earth-bound Number 4 is as instrumental to life on Earth, as the mystically-minded 7, and the paradigm-shifting 33. There is debate amongst professionals (and even amongst the Numerologist team!) over whether 33 is a true Master Number.

This is largely due to the fact that the higher potential contained within 33 (in addition to it’s reduced, foundational vibration of 6) is SO high that it can be difficult, challenging and problematic for an individual to hold.  Therefore, having this ‘goal’ to live up to is not actually going to serve most people, and their lives will be a whole lot more fulfilled if they learn to align to the 6.

But the human species is currently evolving at a really rapid rate and the paradigm we live in is shifting at an equally fast pace. So as more individuals who have the essence of the Master Number 33 in waking up, this vibration is activating.   So for those who ARE capable of holding this high vibrational frequency (and meeting the required challenges to get there), more numerologists may need to begin including this Master Number in their readings, if they are to keep up with this changing world.

Do you have a Master Number in your Numerology Chart?

To calculate your personal core numbers, follow the link below to find our Free Numerology Calculator, then read on for our Master Number Interpretations…

What’s the Meaning of Master Number 11/2?

It vibrates with the frequency of unity: The foundational energy of the number 2 yearns for connection and communion. And the higher potential offered by the 11 itself provides a direct line to Source. In fact, this number is frequently described as the “Spiritual Messenger”

It is said that those with a Master Number 11 somewhere in their personal chart, are on a journey to find self-illumination and in their search have the potential to illuminate the people they meet along the way.

It is a number of healing.  Again, the considerate, caring energy of the 2, combined with the supernatural ability that the 1 has, to peer underneath the surface of life, means that this number can inspire harmony, balance and wellness in others.  Those with the 11 in their charts will often find others simply want to be close to them or their creations, as their mere presence has a healing quality.

The 11 is inspirational. The uniqueness it embodies can be frightening but is ultimately what gives it power, so it is up to those whose lives contain this number, to work to express this uniqueness authentically.

With the extremely high potential of this number, for enlightened expression and healing, also comes the great potential for self-destruction. Because this Number carries such a high frequency, maintaining it can be a challenge. Individuals with this number in their chart often face great obstacles and must work through great hardships to truly fulfil their potential.

What’s the Meaning of Master Number 22/4?

Known as the “Master Builder”, the 22/4 has the capacity to envision life on a grander, more progressed scale, and crucially, has the skills to make bring it into being. Individuals with the 22 in their personal charts have the ability to bring a focused and determined mind to any project or challenge and are often seen as the builders for humanity.

The foundational energy of the 4 is practical, methodical and organized.  It can see the big picture and can understand the functionality of systems.  And the higher potential offered by the 22 is highly intuitive, striving to do only what works in the highest good of all. Combined, these qualities create an energy which can shift worlds, re-ordering reality for the better of communities on a grand scale!

Because of their self-assured, grounded and practical approach, those with this Master Number in their charts are also known as natural leaders. Creativity forms a large part of the 22s nature, which means those with this number in their lives must not get overwhelmed by details, especially when undertaking big projects.  Instead, the skill of delegation must be learnt and applied.

Oprah Winfrey and Bill Gates also have 22/4s in their numerological profile. Both of them have become builders for humanity.

What’s the Meaning of Master Number 33/6?

This is currently considered to be one of the most difficult Master Numbers to maintain, due to it’s high frequency and the challenges involved in anchoring it into the Earth, in our current paradigm (see above).

Nevertheless, it’s an extremely powerful number, which contains both the foundational frequencies of the 6, and the 3 in its higher potential. The 6 gives this Number a deeply caring and nurturing quality. 33/6 is often the advocate for the underdog, and those with this number in their charts will often give over a lot of their personal energy to others in need. But the 33 is exceptionally creative and has the potential to teach others how to step up into a whole new way of life!

As masters of expression, individuals with the 33 in their personal charts are often artists, writers and creatives of some kind, pushing boundaries and breaking rules with their work.  But as with all Master Numbers, it can be easy to slip into the shadow aspects of its foundational frequency – in this case, the 6 – and give SO much energy to others, that there is none left for their creative endeavours.  In fact, it is this authentic expression, rather than being of service in more traditional ways, which would ultimately allow this Master Number to become its highest expression, and truly be of service on the scale it could.

It is your responsibility to try and live up to the potential of your personal numbers. So when you’re facing hardship and are struggling, consider whether life could be testing you, and actually offering you an opportunity to live up to the higher potential of a Master Number.

Keep in mind that it is not rare to find people with Master Numbers in their charts among substances abusers and criminals, so make wise personal choices.

Use your abilities for the good.

Learn to be at peace with yourself.

Do you have a Master Number in your personal numerology chart? Comment below, and share your experience with us…

OR, are master numbers following you around in your daily life?  If so, we have something incredible for you…!

Ready to Discover the Meaning Behind Repeating Master Numbers?

If you’re wondering why you keep seeing repeating numbers, number sequences or even your birthdate, we have a great resource for you!

Simply follow the link below to receive a free copy of the Numerologist Number Messages Handbook!