New Moon in Taurus Incites Action for the Earth – Are You Listening? (4 May 2019)

New Moon in Taurus Incites Action for the Earth – Are You Listening? (4 May 2019) 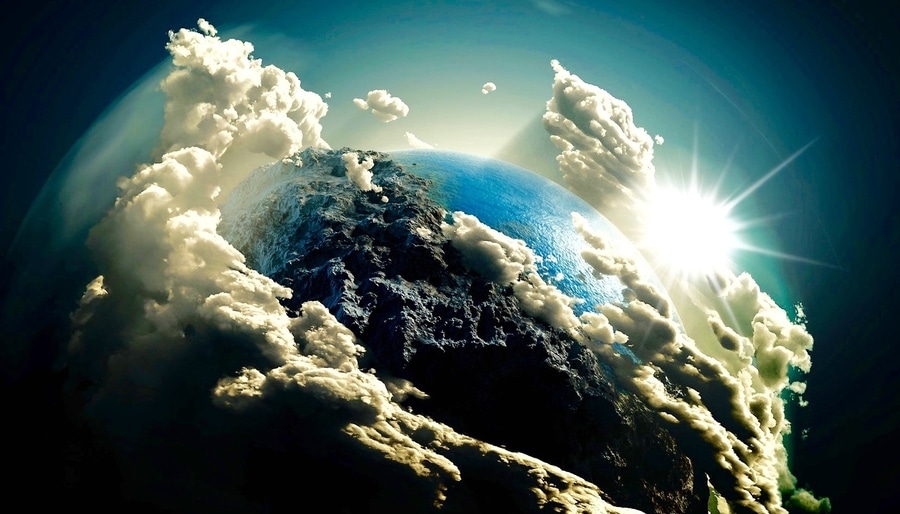 Earth communicates with us.

Every murmur, tilt and tectonic shift.

Every breeze, flurry and gale.

Each stretching bough and rushing river contains a message for those with the time and space to listen. If you haven’t noticed and heard her voice before now, you soon will. Because she’s getting louder.

NEW MOON IN TAURUS 4TH MAY 2019 IN YOUR TIMEZONE

On Saturday, our lady Luna will be new at 14º of Taurus: the zodiac’s one and only fixed earth sign. The energy it brings to the cosmic cauldron is slow, steady, constant and sensual. It’s rooted and embodied, earth-bound and decidedly un-cosmic, compared to the rest of the bunch. Which is probably, exactly what we need right now.

The Earth is in bad shape.

The kids get it – youth activists around the globe, ushered on by Greta Thunberg and bolstered by the fast pace of social media and a do-or-die attitude (well, that IS what it’s come to) are changing the game. They have more to lose than most.

Here in the UK, the climate crisis has replaced Brexit on the front pages of newspapers for the first time in over six months. Over the week leading up to Easter, a peaceful protest, described by organizers Extinction Rebellion as “The biggest civil disobedience event in modern British history” took place in London, drawing tens of thousands and bringing many of the capital’s hotspots to a grinding halt. Over 10 days, a wave of peaceful protest in which 1000 were arrested by police, yet less than 50 people were actually charged, the plight of the Earth was highlighted in a new way. This was so much more than signing an online petition or refusing a plastic straw. Extinction Rebellion are organized. Direct. Intentional. Practical. Vocal.

This New Moon Calls You to Speak Up! – Taurus Activates the Throat

Vocal is what this New Moon calls us all to be.

Each sign of the Zodiac activates a different part of the body, and Taurus’ domain is the neck, throat, and ears – all things associated with expression. Which means this New Moon is time to tell it like it is. Not flavored by some spin that a politician or publicist may favor (in the words of Thunberg as she addressed the House of Commons last week – “You lied to us. You gave us false hope”).

How are you feeling about the Earth?

What needs to be said, and done differently?

This New Moon in Taurus serves as an initiation into these new ways. Of not just radical truth-telling, but the activism that has to follow.

New Moons don’t just symbolize new beginnings they bring them. Opportunities surround us. But this doesn’t mean ignoring or turning away from everything that’s come before. It means truly realizing the pivotal nature of the present moment – this moment we all find ourselves in. And it’s realizing the uniqueness of the melting pot of potential that exists in the here and now.

What you’re feeling is important. What you’re feeling the urge to do about it, more so. This New Moon is an invitation to commit to doing something differently, something better, than before. Taurus brings the rallying cry. The call is collective, after all, we ALL live here, and we all owe this Earth, well, everything. But this New Moon is made personal when you look at where it sits in your own astrology chart – look in which house 14º of Taurus lands, and use it as further guidance to support an intention this month.

Does it fall in your 1st house? For you, this New Moon offers a potent time to refresh and reinvigorate the way you are asserting yourself in the world. If it falls in your 6th house, then consider whether your health and wellbeing and the methods and routines you employ to stay on top of life, could do with some attention. In your 8th house, then it’s power plays that get the focus: money, sex, shared assets and property may need a focused injection of the fresh (and very grounded) energy of this New Moon.

There’s a lot of cardinal energy flowing through this lunation.

Three planets sit in Aries: Mercury, Venus and the dwarf planet Eris. Whilst Saturn and Pluto are still sitting tight in Capricorn along with the south node (which puts the north node firmly in Cancer). Cardinality is initiating, it brings in the new seasons and isn’t afraid to lead. It doesn’t fear the new. All this skyward momentum is urging us to act.

With Taurus, the materiality of life comes into focus: ruled by sensual Venus, the very tangible, tactile nature of what it means to participate in the human story matters right now. It’s no longer enough to just talk about change. It’s not soon enough to think you’ll make those changes next week, next month, when the money comes in, when the weather changes…

This New Moon is calling you to embody what you’ve been feeling inside for a while now and channel the progressive, fighting force for change that’s bursting through the cosmos.

The time is now.

It’s been a couple of months since the Great Awakener entered Taurus. What felt like a slow start is gaining momentum. Wherever it goes, Uranus revolutionizes. It creates freedom and change (which doesn’t always feel like it at first!) by inciting transformation. It forces rapid innovation and ultimately shape-shifts our collective experiences into entirely new guises. (Read more about this here).

This New Moon in Taurus is your launch pad to participate.

The planets are lined up. The stage is set. But we need to BE the facilitators. We need to do the work. We need to be embodied enough to bring the forces of change into being.

Will set an intention to serve the Earth, this New Moon? Will you act, now, whilst there’s still time?

New Moon blessings to you.