Tarot Explained: What is the Suit of Swords?

Tarot has four suits, which make up the minor arcana.

Each of these suits relates to an element and an energy type, and these can bring meaning and understanding to the subtle forces that move through our everyday lives. These forces affect us through our environment, our relationships and the circumstances you face on a daily basis.

Usually, the influences that the minor arcana describe is fleeting, yet they are here to teach us valuable lessons and lead us into greater self-awareness. 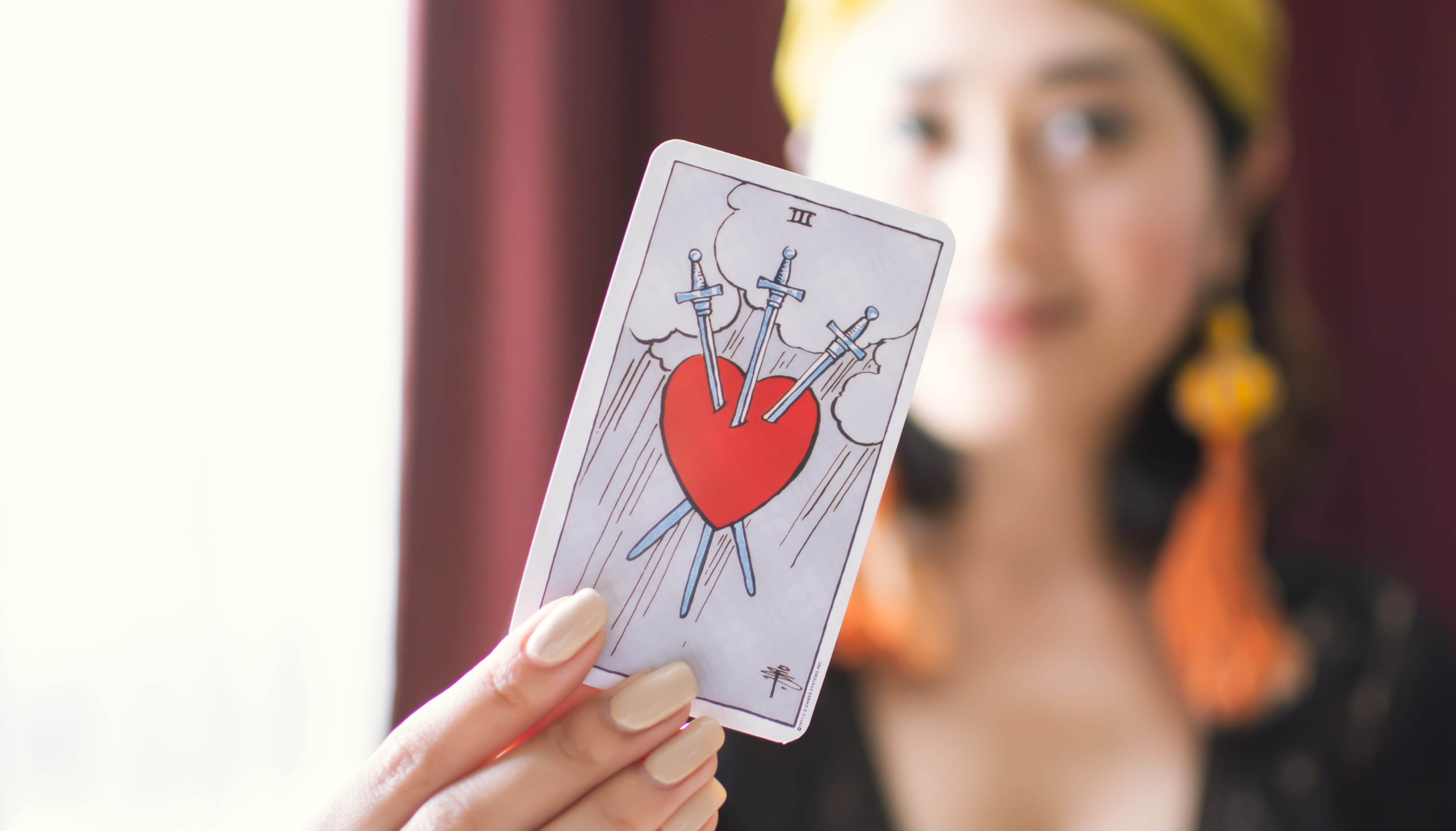 PinWhat is the Meaning of the Suit Of Swords?

Associated with air, the suit of swords represents the mind and the intellect. These Tarot card meanings bring attention to the quality of your thoughts, ideas, beliefs, and attitudes. As such, they can often refer to communication and language, and how these are used to balance power.

Like the element of air, the insight that this suit brings to the Tarot can be hard to grasp – on the one hand, light as a breeze, and on the other a tornado of strength. Yet still intangible to the touch.

Like the wands, the suit of swords is generally considered to be masculine, and must be balanced by cards from both the Wands and the Cups, to be best expressed.

What Does it Mean if the Suit of Swords Shows up in a Tarot Reading?

When these cards appear for you in a tarot reading, it usually indicates where action, conflict or a power struggle are manifesting. The level of meaning (and the solution you should be seeking) likely lands in the intellectual, mental, or communication realms.

The astrological correspondences of this Tarot suit may also indicate situations involving people who are Air Signs. Using strategies that are logical, rational and heavy on verbal or written communication could greatly help work through whatever is being described.

It can appear as though the swords refer to quite dramatic things (they are weapons, after all). Yet often they appear in Tarot readings as warnings to avoid or effectively deal with drama and conflict.

When negative traits or meanings are represented by these Tarot cards, these usually involve a lack of compassion, judgment, verbal or mental abuse, guilt or shame.

Upright: Acceptance, learning lessons and moving on.
Reversed: Holding onto the past, resisting letting go, failure to see new opportunities.

Upright: Betrayal, deception, lies, cunning, strategy, being found out.
Reversed: Confession, discovery of a lie, a strategy not working.