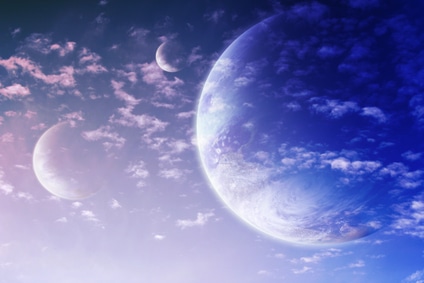 Ever since man has looked up to the heavens and pondered on the possibilities held by the infinite space beyond his own planet, the question of how the world may end has also been explored. Science has evolved by leaps and bounds to bring us endless information on the formation of the planets, the movement of heavenly bodies, the placement of the stars, and the laws that govern the movement and existence of virtually everything in space, but no matter how fast human technology can develop to gather as many answers as possible, we can still only voice out speculations regarding the future death of our own planet Earth.

Many scientists point out that in an area as vast as space, where galaxies abound, planets move within their solar systems, and comets, meteors, and asteroids streak the night sky at a continuous rate, it would not be such an unthinkable possibility that a foreign body could also crash into the Earth sometime in the future, leading to its ultimate destruction. It has certainly happened to other celestial bodies before, and some intellectual minds even say that the Earth often gets hit by pieces of meteors every now and then — the pieces are just too small and would end up being destroyed once they enter the atmosphere, thus creating no impact. The possibility of a disastrous encounter is believed by many, and some have already given a name to the planetary object that would lead Earth’s inhabitants to their doom: Nibiru.

Nibiru is the name used to refer to a planetary body that some people believe will collide with the Earth sometime in the early 21st century. The name is taken from the works of the late Zecharia Sitchin, an ancient astronaut writer who studied Babylonian and Sumerian mythology (in the Akkadian language, Nibiru translates to “crossing” or “point of transition”). The cataclysmic event is expected to take place on December 21, 2012, the alleged final date of a 5,125-year-long cycle in the Mesoamerican Long Count calendar. End-of-the-world theorists claim that the world will end on this exact date.

Sitchin denied any connection between his work and the claims of an impending Apocalypse. The idea of the Nibiru encounter was first brought forward by a woman named Nancy Lieder in 1995. She claimed that she was contacted by extraterrestrials as a girl and was chosen to warn mankind of a planetary event that would destroy most of humanity.

The idea of a planetary body coming so close to the Earth is rejected by many astronomers; if Nibiru did exist, it would be easily visible to the naked eye, they say, and would create noticeable effects on the orbits of the other outer planets. Recently, however, National Geographic reported that an unseen planet is making its presence felt at the dark fringes of our solar system. Could it be Nibiru, finally arrived? Some people think so.