The Movie 2012 Refers to Theological Math and the Mayan Calendar 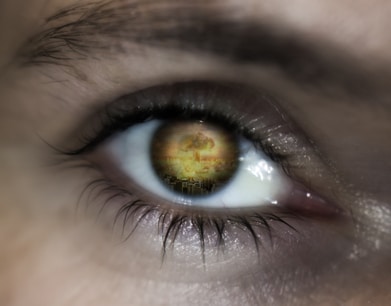 Believers and non-believers are already witnessing the signs. Christians and new age groups inclined towards the Mayan calendar are using the term “Armageddon” which means the end of the world. The only difference is, for Christians, the ultimate demise of the world will be through fire, while other groups think it’s going to be through another great flood (similar to the one experienced during Noah’s time).

In the “2012” movie, which was shown in theatres all over the world in 2009, the date December 20, 2012 (12212012) played an incredibly significant part as it was the Mesoamerican Long Count Calendar’s projected time for the worldwide catastrophe to take place. According to the calculations of an American geologist and East Indian astrophysicist in 2009, the earth only had three years left before complete destruction takes place.

The film was able to tap biblical, astrological and numerological predictions to solidify the significance of the year 2012. Should a person look into theological researches on the claims of the Book of Revelation in the New Testament, he will find that a lot of the situations that were enumerated to occur before Armageddon follow a particular pattern, all leading to the year 2012. Stemming from the time Israelites were captives of Egypt, to the time they spent in the wilderness, to the full establishment of their nation in the land of Canaan, and fast-forward to May 14, 1948 when Israel became a state after being scattered all over the world… all the time lapses and dates play a great role in the Christian and Jewish communities’ expected end of the world and return of their king scenario.

It’s practically the same thing with the Mesoamerican Long Count Calendar, which had calculated the end of the fourth world cycle to be in the year 2012. Despite this, Mayan culture experts claim that the end of the fourth world cycle does not necessarily mean the ultimate demise of humanity and the world. These bits of information may not have been discussed in the movie but they brought attention to the ancient science of number patterns, as well as the vessel that is biblically proven to save the human race.

With the worsening environmental conditions, that for a lot of people just do not make sense, it’s no wonder more folks are turning to numerology to properly determine the importance of number patterns in the recent disturbing environmental and man-made catastrophes. And people are actually discovering how all these numbers actually provide a good explanation for the easily observable time lapses among global events, just like in the “2012” movie. Who knows if the Mayan Calendar is true, I guess we’ll know very soon.