Psychics Cannot Predict Your Future. It’s in Your Hands!

Editor’s Note: This is a wonderful post from medical intuitive and modern mystic, Belinda Davidson that was originally posted on her site. We loved it so much we wanted to share it with you!

From Belinda: Over the many years of working as a medical intuitive, this is one of the questions I get asked most frequently, “What does my future hold?”

I’m dedicated to debunking psychic ability, woo-woo and spirituality, and to help people discern fact from fiction. So when I tackled this issue on my blog a while ago, it was warmly received. Many people wrote to tell me they always wanted to know if psychics can predict the future, and many more were thrilled that the future wasn’t set in stone and is in our own hands! 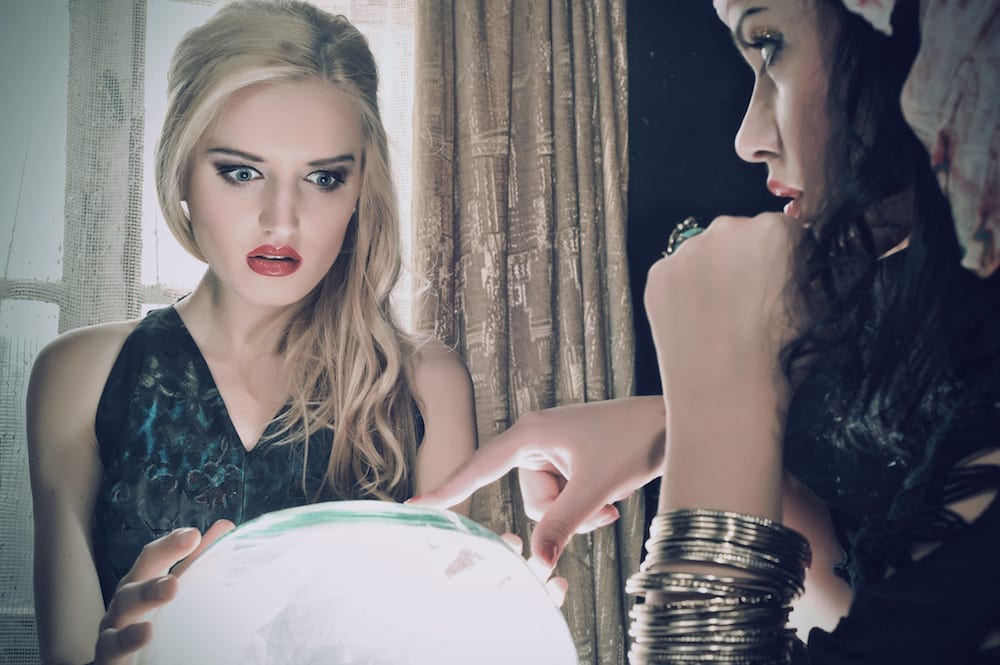 Psychics Cannot Predict Your Future. It’s in Your Hands!

Being honest about my profession as a medical intuitive and psychic used to be difficult for me.

I dreaded going to parties and being asked, “I’ve heard your psychic. So you must know more about me than I do?”

These cheesy questions used to offend me – do I have “I’m psychic” stapled to my forehead? But now I laugh good heartedly when these come my way because I know people are usually nervous and don’t know how to acknowledge my profession.

But there is one question people ask that still bugs me. “So what does my future hold?”

Bless the poor soul that dares ask me this question! They promptly get accosted with a lecture about how “there is no future,” and they are reprimanded with a tirade of my ramblings about how psychics can’t predict the future.

The Biggest Myth About Psychics

The biggest misconception about psychic ability is that the psychically gifted can predict the future.

We run to fortune tellers hoping to hear our futures will work out how we want them to.

We hope that “our destinies” are full of love, adoration, money and charm and that our fates are guided by lucky stars that navigate us safely through the galaxy, steering our ships into safe ports.

People don’t only go to psychics to feel safe about their futures; they also go to prepare themselves to handle the worst.

They want someone to tell them what is in store so that they can prepare for life’s difficulties, and hopefully, steer clear of them or handle them more easily.

But our fascination with fortune telling doesn’t stop there. We are also intrigued with the idea that people can “see” our futures, and we simultaneously revere and fear this talent.

When I was starting out as a psychic – I was 19 but looked 15! – I thought reading people’s futures was what you have to do. It was what the psychically gifted did, so I pretended to be able to do it too.

But it felt wrong, and I didn’t like pretending.

The reason I was pretending was because I saw numerous possible outcomes, challenges and triumphs when I looked into people’s futures.

There was never only one future; there were always multiple versions, stretching out into infinity like sparks flying from firecracker.

I knew I wasn’t telling them the whole truth but I was doing what was expected of me.

However, as you can probably guess, this didn’t work for long.

The Downside Of Foretelling The Future

People would call and tell me how amazed they were by my ability to see into the future because everything I said came to pass.

“You predicted that I’d get liver problems in a couple of week and that is exactly what happened!”

Or they’d say, “You saw that I’d have problems removing my tenants and I laughed because it seemed ridiculous at the time, but you were right!”

I was relieved to hear that I’d help people deal with the challenges life brings, but it troubled me that my predictions about health came true because I’d predicted forthcoming disease and illnesses.

I was troubled by the thought, “Had I caused these problems to manifest in a person’s reality because I had declared them a future truth, and the person had, subconsciously, believed it and created it?”

And, “Instead of predicting future illness and disease, isn’t it better to show the person how to heal so that they can avoid these problems?”

It wasn’t flattering to me that people were getting sick like I predicted. It was worrying. Of course, I also predicted that people would get better too, but soon many more people were contacting me because my future predictions were so accurate.

But I felt like was pretending and a fake.

How could I tell anyone anything with certainty because there is no certain future path? I wanted to help people create a better life and future, not dictate to them how it will be.

So I made a radical decision. I gave away with future predictions forever.

The Numerous Possible Futures In Your Path

I started telling people that I saw numerous possible future realities when I looked at their energy fields, and I encouraged and supported them to make decisions that would create their desired outcome.

I was still honest about what I saw and if I’d detect impending illness or problems, I would address them, telling the person we needed to work on it and heal it instead of telling them it would definitely come to pass.

I also began to tell people about the power of the subconscious mind and positive suggestion and that, if they believed what other people said and it anchored as a “truth within them,” they would bring that reality about for themselves.

(Back then films like What The Bleep Do We Know hadn’t hit mainstream media, so people didn’t know that we can choose our desired future and, like the quantum physicists say, there are limitless multiple versions of reality, stretching out into infinity for all of eternity.)

I was glad I’d “come clean” and told the truth about future predictions. It not only made me feel better about myself, it also empowered people to change their energy so that they could change their lives and create the future that was desirable.

Don’t let anyone dictate your future to you. It truly is in your own hands.

Belinda Davidson is a well-known medical intuitive, teacher, healer and public speaker. Often described as a spiritual change agent, thought leader for her generation, visionary, and seer, she feels most comfortable with being called a modern mystic. She is “a modern-day woman with one foot in this world, and one foot in the other.” Get free access to her chakra course and White Light healings at www.belindadavidson.com.