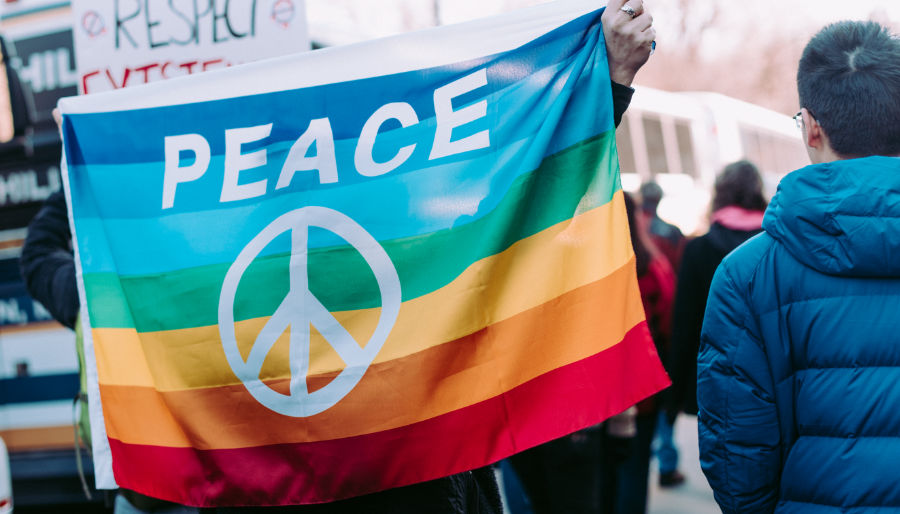 PinWith the recent heightened global tensions, there is nothing more inspiring than to hear about the people out there trying to make the world a better place!

On October 6th, 2017, the Nobel Peace Prize was awarded to an organization that has made it their mission to do just that; to make the world a safer place.

And with the help of Numerology we can decode the underlying numerical patterns in this story for more understanding and inspiration.

The International Campaign to Abolish Nuclear Weapons (also known as ICAN) won the Nobel Peace Prize for their work in drawing attention to the humanitarian consequences of nuclear weapons.

They are trying to educate, inform and bring the nations of our world together for a common cause: safeguarding our future by eradicating the weapons that could destroy our world.

When a number shows up repeatedly in a world event, news story or organization we can decipher what divine instinct is wanting to come through and what energy is trying to be delivered into our world.

In the case of this recent Nobel Peace Prize… the code is clear. I had to laugh out loud when I started calculating the numbers and looking for patterns.

The acronym for the International Campaign to Abolish Nuclear Weapons is ICAN, which adds down to the number 9.

It was launched publicly in its first event (which is like its birthdate as an organization) on April 23rd, 2007 which adds down to the 9!

It was launched in Melbourne, Australia which adds down to the number 9.

ICAN is made up of 468 partner organizations, which adds down to 9.

The treaty that ICAN is trying to implement, the Treaty on the Non-Proliferation of Nuclear Weapons, adds down to what number? The 9!

The divine instinct coded in this recent new story is obviously our friend the 9, known as the humanitarian number in Numerology.

How synchronistic is that? This stuff is so cool!

What Does The #9 Represent?

First off, the 9 is the number of letting go and cleansing out the old poisons and toxins that are keeping us from moving forward into a better future. So not a surprise that ICAN has targeted the eradication of nuclear weapons!

The 9 also wants to bring us together as a common people and a common world, to dissolve the borders that divide us and to find a cause that can pull us up into our highest potential.

The 9 is known as the archetype of the wise old soul or wise wizard. It knows what darkness is possible, it isn’t afraid to confront it – and it equally sees the extraordinary potential of the collective heart to connect and unite us for healing.

YAS! There ARE wise old souls out there, bringing light into the dark places. THAT is the 9 humanitarian instinct that is in ICAN and in you.

We are definitely going to see more of the 9 in the coming years.

It is going to revision ways to create a better world through non-profit organizations, causes for peace and global sisterhood/brotherhood – and by increasing the urges inside each of us as individuals to disarm and come together.

Chances are, if you clicked on this article, you are feeling the 9 speak through you already.

Are there any current events that you want me to decode through Numerology? Comment below and let me know!

With gratitude for the 9 in the Universe and in our world,

This Angel Message Gives Your Powers of Manifestation a Much Needed Boost!
Find Your Perfect Soulmate According To Your Zodiac Sign
Horoscope: These 3 Zodiac Signs Will Find Mercury Retrograde Harder Than Usual... Urgh!