Do YOU have a Networking Neurosis? 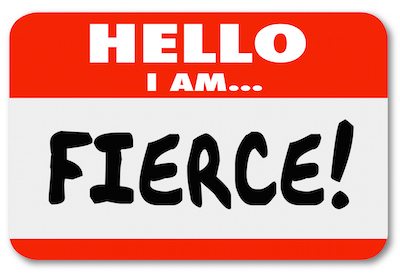 Yes I am on Facebook and I’m linked in.

So that only leaves one big question: Just when did my life get taken over by my digital connections?

And does it all really matter or have we gone slightly crazy keeping up with each other? Do I really need to know what the lunch my friend Diane had at the local Bistro looks like? Will I be able to drag myself out of bed in the morning if I haven’t seen the latest cat videos?

Do animals mind being dressed up?

As you see networking has brought forth a host of questions I’ve yet to answer for myself.

And I think you will understand my hesitancy better when I tell you how my sojourn into networking took a turn into the surreal.

It Started With A Dog…

A few years ago I joined Doggyspace which says it is an online community for dogs and their owners. I did this at the request of a friend who has two adorable dogs to whom I am an aunt.

If you need to stop reading now because you are sure I’ve lost my mind, I fully understand!  When I signed up I didn’t have a dog to add to my profile.  So I thoughtfully put up a photo of Teddie, a dog I truly loved who died some five years ago.  I took the time to write on the profile that Teddie was no longer with us and had been a wonderful companion and was greatly missed.  All true.

Within four days my dead doggy had more friends than I had on all my networking sites combined.

There were daily emails – usually at least 10-12 a day from other dogs showering Teddie with digital gifts – bones, dog bowls, tennis balls. Invitations to play were non-stop. Teddie’s friends grew exponentially, a seemingly endless cascade of dogs of all shapes, sizes and aliveness.

I soon realized that if I did nothing else other than stay on Doggyspace keeping up with Teddie’s social life, my own would go down the drain.

The really humorous part of all this is that, while Teddie was a sweetheart to me, she tried to kill almost every dog she ever met while she was running around the planet. Now, in death, she was bombarded with friends who could keep her and a small administrative army busy at the keyboard for hours on end.

Sadly, I had to throw in the towel and delete my and Teddie’s profiles from Doggyspace. When I requested that they delete my account as well, I received a puzzling email going on about why they don’t delete accounts. Good god – I’m a woman without a dog who is now a member of Doggyspace forever!

Ok – let’s talk Facebook. Another great way to spend hours you don’t have. At first I thought “Oh, yes – I want to know what Celtic goddess I am.” Or, “Sure, I’ll take that IQ test.” But, within a few short weeks, the novelty of all those people from my present and past sending me quizzes and fun puzzles waned and soon the burden of knowing I hadn’t signed on in a few days and my status updates and messages were building up took over.

And that leads me to Twitter.  I know several friends who are on Twitter and I do have a twitter account but I really just use it for my weekly newsletter or a book promotion. And I think that is because my natural reaction to twitter is that I want to tweet out “quit following me!”

You see my problem. I’m something of a private woman in an increasingly public world!

10 Steps To Heal Your Networking Neuroses

I know that all the pundits say that you need to be networking yourself on the internet but I’m really not sure how all this is helping anyone or if it is making us more neurotic than we already are!

So, in the interest of my fellow humans I’m starting a ten-step (I couldn’t come up with twelve good ones!) program for people who will need to be healed from their networking neurosis at some point.

With tongue firmly planted in cheek, here are the steps – feel free to begin at any time.

I wish I could tell you that I’ve got all these steps nailed but you’ll have to wait and see what I next write on my wall (or yours!).