The Old & The New: Understanding Your Place In The Cosmos In 2017 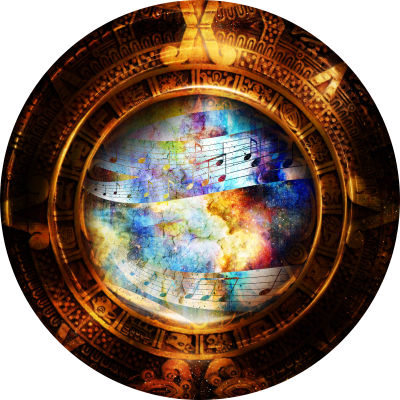 An important Numerological time has arrived.

Last year in 2016, (2+0+1+6=9), we were at the end of our generational number cycle, and we visited all the lessons of a number 9. This was a period where endings and letting go of the old was necessary.

Now we have leaped into a brand new fresh horizon in 2017, (2+0+1+7=10. 1+0=1), or have we? It’s at least, globally, and perhaps personally, a different arena being played upon, but we will need to watch this space to see how these recent shifts may pan out, for better or worse! This is also a great time to do some work on ourselves to cement our own position in the wider scheme, now that we have entered the global energy of the number 1. However, before we can truly step into the solo, warrior, lesson that number 1 provides, we are still somewhat caught up, releasing the tail end of some very old, generational, number stuff. We are feeling the push and pull of the number 9 and number 1, as we move into some much-needed new territory.

We can’t truly move on without going back.

Everyone loves a character with a good backstory, some of our favourite films and TV shows are filled with elaborate, exciting, and dramatic pasts. The director J.J. Abrahams is a master when it comes to writing and depicting good backstory’s. Think of all those intricate and interwoven dynamics in the characters of Lost, or the carefully chosen stories for the hosts of Westworld. The latest Star Wars movie, (although not J.J.), could pose for one giant, miraculous, and unified backstory.

The importance of last year, which now bleeds into this one, is the time it takes us to revisit and relinquish our past demons and our original conditioning, known as our childhood, and then the spiralling out of anything else of significant emotional importance. The subtle currents of what have been, are constantly echoing to us even now. So, what’s your backstory?  It need not be as dramatic as what we see on our screens, but whatever your past, it’s a good time to let it breathe some air of freedom, because it will lead the way for something new to be born in 2017 for you. The great psycho-analyst, Carl. Jung, said, “I am not what happened to me, I am what I choose to become”. That is surely what we see in each of our beloved screen characters, the fact that they don’t give in to their vulnerabilities and shortcomings, instead they courageously move through them.

How is this playing out in the world?

Globally the world seeks change. We can see this, in part, on the political stage in the West within this last year. What with the UK, and its tug of war with Brexit, and now the large disharmony and split over Mr. Trump, the new American President. We can see that by these kinds of voting patterns and the, some would say, quite radical changes, these outcomes suggest people are seeking something different. The only issue is, sometimes when we desire such a large change, and we are still walking the path of coming to awareness, as a world, then the only change we can envisage is an image of times gone by, which could potentially lead us further backwards, instead of a revolutionary leap forward.

True transformation doesn’t happen overnight, and it likely doesn’t involve a black or white scenario. There are many gradients and combinations, unifying formulas, and grey areas needed to stabilise real transformation, but it seems, the world is still playing games in polarity for the most part. The change that we really need now is more about collective unity, inclusion, and a depth of understanding about where everyone, who is different to you, or me, is also coming from. Otherwise, we continue down the lines of continual discrimination and further connotations of separatism. Interestingly this example, is incredibly indicative of the move from one number generation to another!

Your Place in a Global Number 1 year

The number 1 speaks of independence, the right to have freedom of thought and to act, but what lessons has the ending of our numerological year in 2016 told us? Have we understood about the impact our decisions make on humanity, have we let go of things which are weighing us down? Moreover, have we understood that the rights of a collective are just as important as our individual rights?

Finding a resolution to all of this ending and beginning is a messy business, which will leave the world, and you personally, feeling a little out of sorts, and that’s not to mention the consideration of your personal year number, or the affect of what all these planets are doing as they continue to alter and fluctuate around us.

Some Number 1 lessons for you to consider now:

The many layers of life experience are asking you to reach ever deeper, and closer to your own path, your responsibility and authenticity.

How can you use your past to inform your present, and what impact can this have right now on your place in the world? For example, if you were to simply let go of an unhelpful idea about yourself, or a belief which may have been wrongly planted in youth, how would this change your world view?

Can you find a way to be, without defining your position through your known personality and fixed responses? Maybe you can go beyond the level of self-judgment, (which we all have), and allow these new beginnings to open to your core being. How would it feel if you could express this?

Welcoming paradox now could be useful in these considerations, between the numbers 9 and 1.

Where do you see your life heading?

What would happen if things didn’t go as planned?

What new things are you yearning for?

How is life teaching you that everything is perfect right now?

What is still following you around like a bad smell?

If there were no distractions, how fulfilled do you feel about your own individual life?

What actions would it take to make a change you want?

The world is filled with individuals, we are all ultimately separate, yet the deeper paradox is that we also are equally connected. This year you will be learning how one individual can make a difference, and that as you take steps in your life toward the new, so do those around you, whether you are consciously aware of it or not. As you move forward on the spiral of learning, your ancestors walk with you, and so do all of those who are in a similar situation, who you may not even know.

Enjoy your global number 1 year and remember, it only takes 1 to make a difference.

Many thanks for reading, feel free to leave your comments.

With warmth, from Hanna.

Hanna Ehlers – Bond is a psychotherapist and numerologist. She’s helped thousands of people through personal coaching, events and her YouTube channel, to enrich and empower their lives. Utilizing her psychology training, along with a passion for numerology, she’s formed a unique life review model. Along with other holistic tools, this type of road map is used to assist people with self-development and motivation. Hanna also specializes in ME/CFS recovery, after having experienced crippling chronic illness for four years. Find out more at LifePathInspiration.com.