Numerology and Stone Henge – Were Aliens Involved In This?

By The Numerologist TeamFebruary 19, 2010Numerology 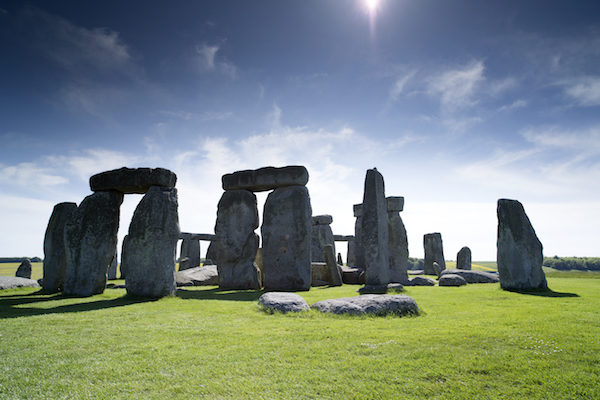 Stonehenge is a prehistoric monument located in the English county of Wiltshire, about two miles west of Amesbury and eight miles north of Salisbury. It is one of the most famous sites in the world. It has so much to do with numbers that some mystics have called it a prehistoric computer.

Stonehenge was a place of burial from its beginning to its zenith in the mid third millennium B.C. related to an ancient system of numerology and celestial divination that used to belong to a prehistoric Celtic style culture known as Anunnaki.

Just in case you’re not from this planet and have not heard of Stonehenge, it’s is basically a circle of very large free standing boulders that surround a series of several hundred burial mounds.

It’s been estimated that construction started in 2600 BCE (in the Middle Neolithic Age.) The oldest part of the site consists of a circular bank and a ditch that is about 100 meters in diameter. 100 is of course a nice round holy number that symbolizes wholeness. Inside this circle there are 56 chalk holes that are about three feet in diameter. These holes are known as the Aubrey Holes.

One of the most significant things about the Aubrey holes is the way they are arranged. A CBS documentary on Stonehenge that ran in sixties ran a computer analysis of the circle and found out it was a very special location when it came to marking moon eclipses that occur in a repetitive sequence of 19 years, another 19 years and then 18 years.

When numerologists add 19 and 19 and 18 together they reach the number 56 (coincidentally also the number of tarot cards in the Minor Arcana) . A black stone was moved around the circle in sync with the passage of moon cycles.

This meant that every 56 days the black stone would arrive at the center stone, also known as the heal stone and tell us exactly the day when a moon eclipse would occur. The fact that Stonehenge is so efficient at marking the movements of the moon and sun have also had it nicknamed the Eclipse Computer.

Of course the awe factor in all of this is that the monument itself is so prehistoric. The question is how could this eerily accurate stone computer have been created in such a unique geographical location miles away from any stone quarry? Remember, this is thousands of years ago. There were no trucks or cranes at the time! The dating of the placement of the rocks tell us that Stone Henge could not possibly be the work of the Neolithic tribes that lived at that time. To this day, it is still one of the biggest mysteries in the history of mankind. 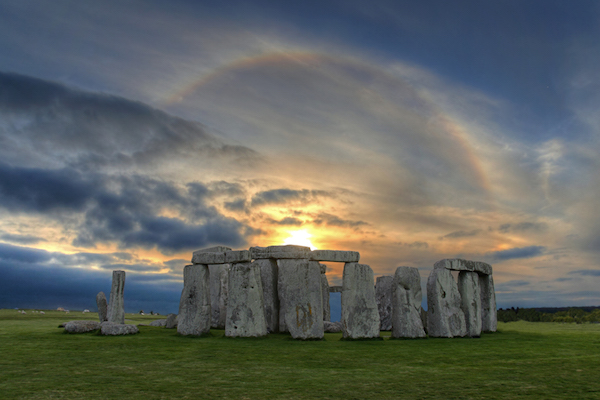 The numerology that predicts the rotational frequency of the movement of the sun and moon that is inherent in the structure of the central circle of Stonehenge is so sophisticated, that it has given rise to theoretical support that aliens once visited our planet and used the site as a S.I.D. or Stored Information Device.

The erection of the upright stones surrounding the Aubrey Holes came a little later after construction first began – around 2,500 BCE. These freestanding stones are called the Sarsen Circle. The circle is exactly 100 feet in diameter.

Any numerologist or astrologer would immediately ask him or herself why thirty upright stones were erected on this site. One theory is the need to reduce the mathematical system down to twelve.

In essence a circle is 360 degrees. If you divided it by thirty you get the number 12. The number 12 was the sacred root number of the Anunnaki civilization.

The Anunnaki civilization was ruled by twelve months that were in turn ruled by twelve great Gods. This culture was also responsible for dividing the twenty four hour day into two twelve hour segments – one symbolizing day and the other night. This culture also created the twelve signs of the Zodiac.

How Did The Stones Get Here?

The thirty Sarsen upright stones are harder than granite and weigh about twenty-five tons each. The big mystery behind them is that they were mined at a quarry near Marlborough Downs using tools that could not have been possibly invented by or available to that very primitive culture at that time. Because of this, many people have linked Stonehenge’s construction to an alien interception. Furthermore the Marlborough Downs quarry is over twenty miles away from the site so this also begs the question of how did these primitive people transported these twenty-five ton boulders all the way.

The other bizarre thing is that the final construction placed each upright stone into the ground, forming the 100 foot circle with the top level of all 30 stones attaining identical elevation. This on it’s own is an extraordinary feat.

The tops of these uprights were linked by a continuous ring of 30 horizontal Sarsen lintels, curved to follow the circumference of the circle. These lintels were anchored in place by ten pin and hole joints and cap stones.

What’s truly amazing about all this, is that the construction technique used in Stone Henge has also been found in the construction of many temples in Egypt, Greece and Rome. While those structures were rectangular, rather than the circular shape of Stonehenge, it’s interesting to note that such a specific form of construction can be found across the world when nations were still fairly isolated.