Normally consigned to the exercise books and calculators of math geeks, scientists and high school students, on March 14th the incredible, irrational and infinite number Pi hits the big time!

It’s “irrational” because it never ends and it never repeats – it is one of life’s genuine mysteries, but also one of its basic, most essential principles. Because when you begin to get up close and personal with life, you realize it exists in everything – everything which contains circles and rhythms which here on Earth, is, pretty much all of it!

Here at Numerologist.com, we know that letters and numbers are intimately connected and share the same values. So if we assign the letters of the alphabet to the digits contained in π, at some point along its infinite string, everything in existence would be described. Every action, dream, thought, whisper – past present and future – would be written down in plain sight.

Pi truly is the number of the Universe.

March 14th (3.14) is probably the nerdiest of all holidays but it has a growing number of followers. People all over the world will be marking the day in a host of weird and wonderful ways, from running races of 3.14 miles, to baking and enjoying pies of infinite (and irrational!) fillings!

One of our favorite pi-enthusiasts is the computer scientist and bioinformatics specialist Martin Krzywinski who makes data accessible (and even beautiful!) by re-imagining it as incredible and purposeful visual art.

He began making art from the digits of pi in 2013 and has since gone on to create numerous pieces of increasing complexity and visual splendor. In celebration of Pi-day 2020, we’re showcasing some of our favorites, hope you enjoy! Assigning each digit a colored dot, Krzywinski arranged these in an Archimedes spiral, moving from the center out. He made different versions of these, according to the number of decimal points reached.

Krzywinski worked together with Christian Ilies Vasile to generate another series where the digits 1-9 were arranged around the circumference of a circle. These were then connected to each other whenever they occurred, with a thread of color. Dots were also placed outside the circle according to how frequently each number repeated in the chain. 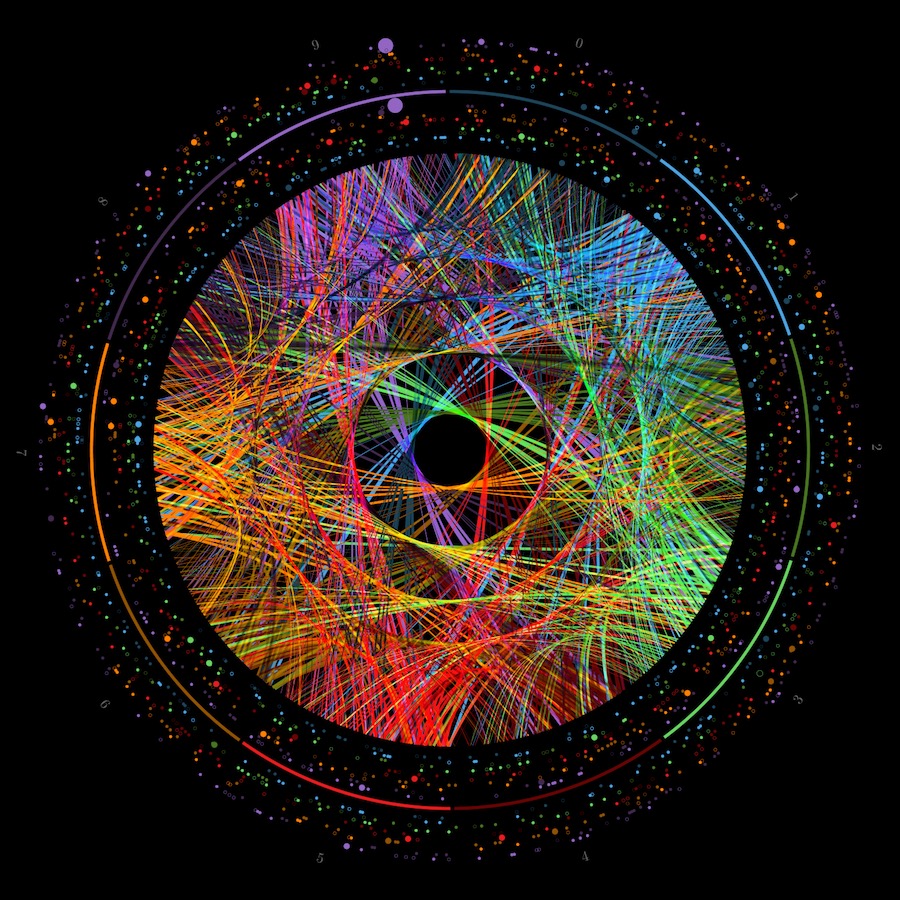 This is part of a series created in 2016. Digits of pi were each assigned a mass and made to collide into and orbit around each other. Aren’t they cute?! 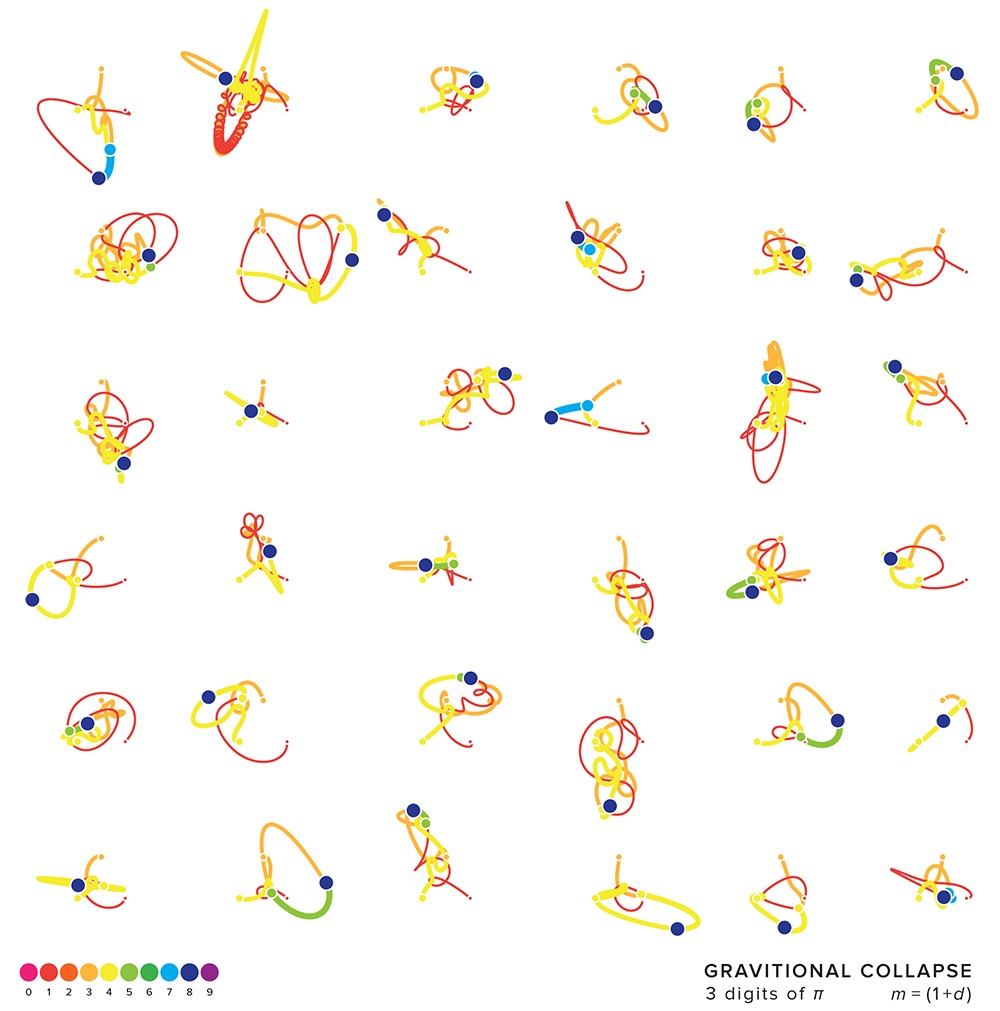 Krzywinski’s work is extensive! And he goes into great detail about the methods he uses to generate these incredible art pieces (and why he wants to) on this site HERE.

Hope you have a numerically-numinous and fantastically-fun Pi Day folks!

Let us know what you’re planning to celebrate below!