Finding The Divine On TV – Numerology In The Movies, TV, And Media

By The Numerologist TeamMay 7, 2015 Numerology

Hollywood may have the monopoly on the latest big budget blow-em-up sex-selling blockbusters, but that doesn’t mean numerology and the magic and power of numbers themselves aren’t ingrained into the core of many of our favorite movies and TV shows.

In fact, some of the biggest grossing movies to date have employed numerology and numbers as key plot points, fully understanding the power and interconnectivity between numbers, the Universe, and the human experience. It only makes sense. Since the beginning of civilization, humanity has sought answers to life and the divine through numbers and patterns, regardless of what culture or continent you’re coming from.

So get your Netflix queue ready. Here’s your watch and read list for the next little while :) 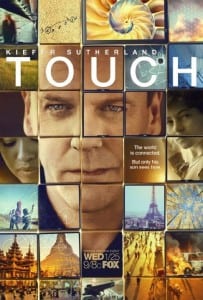 Starring Kiefer Sutherland, this 2-season series aired originally on Fox and features a beautiful (if tortured) relationship between Martin Bohm (Sutherland) and his son, Jake (David Mazouz). After losing his wife in the September 11 attacks, Martin finds himself struggling to raise 11-year old Jake, who is diagnosed with autism. He doesn’t speak, but is fascinated by numbers…

As the series progresses we learn that Jake can see the “pain of the universe” through numbers. Martin uses his son’s gift and number messages to help others, but we soon realize other people (corporations) have more insidious designs for Martin’s gifts.

While the series is short it brings up an incredible point, one that numerologists have known for quite some time already. The Universe communicates with us through numbers, be it in nature, between humans, or something far more spiritual and ethereal. 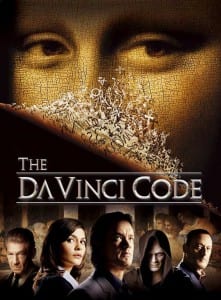 As most of you already know the Da Vinci code is steeped in mysticism, religion, spirituality, and the fight for power.

However, hidden in the movie and book is one of the most famous number sequences in the world: the Fibonacci Sequence. The Fibonacci sequence, simply put, is a series of numbers in which each number (called a  Fibonacci number) is the sum of the two preceding numbers. This sequence is found throughout nature and the Universe and closely approximates the Golden Spiral (you’ve seen this spiral in pine cones, snail shells, and even your ear!).

In the Da Vinci Code, this sequence of numbers is used to unlock a safe. It’s a subtle reference to the power of numbers, but is nonetheless striking in its simplicity. 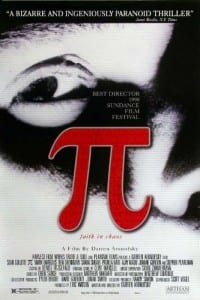 This much loved independent film by Darren Aronofsky (his directorial debut to boot) is a beautiful culmination of numbers, high contrast cinematography, and the magic and mystery behind numbers.

Pi tells the tale of a number theorist named Max Cohen, who believes everything in nature can be explained through numbers.

One day his computer, Euclid (yes it has a name!) spits out a seemingly random 216-digit number. This number, however, has the power to predict the stock market and soon he’s being chased by a wall street firm and even a sect of Hassidic Jews who believe this number code could bring about the messianic age. 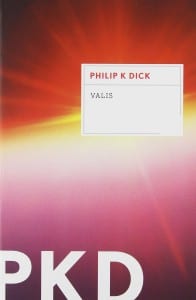 VALIS is a science-fiction novel written by Philip K. Dick. VALIS stands for Vast Active Living Intelligence System, which is Dick’s gnostic vision of a single aspect of God.

Like many stories that deal with numbers, Valis tells the tale of Horselover Fat (it’s a ridiculous name, we know), who believes that his visions reveal secret facts about the true reality of life on Earth. In the novel he is joined by a group in researching these matters.

Like the Da Vinci code, Valis makes use of the much beloved Fibonacci Sequence. However, in the novel, the Fibonacci numbers are used as identification signs by an organization called the “Friends of God”.

Fun Fact: Philip in Greek means “fond of horses” and “dick” is German for “fat”. Hence the name, Horselover Fat. Later, in the novel, it’s revealed that Fat is a schizophrenic modality of Phil himself.

A famed internet sensation and highly acclaimed comic series by Randall Munroe, a former NASA roboticist. While his comic strips tend to touch on science, math, philosophy, and love, this one comic makes the best use of the Fibonacci Sequence:

Got any other awesome suggestions for books, movies and TV that involve numbers and numerology? Share in the comments below! We love having more good stuff to read and watch :)

And if you’re curious about your own personal numerology, grab your free report below:

Get Your Free Numerology Report