Everything You Need To Know About This Chinese New Year: Key Dates, Meanings, Expectations & Lessons

Year of the Fire Rooster is powerful in many hidden ways. 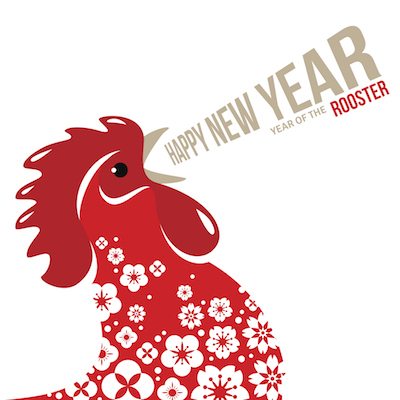 This is a year where we will all be able to excel – if we act and integrate the strengths of the Rooster.   This is also a year for making money and saving money in many new ways…if we act as a Rooster does.

As Theodora Lau mentions Roosters thrive with regular, scheduled routines, they are great administrators, they are relentless when given a task because they are dedicated to the project, friend, boss and cause for which they work.  A Rooster is a great friend and ally to have.

Some people will be able to thrive by finding new forms of income or new ways of saving money when they employ the talents of what the Rooster has to share – which is meticulous record keeping, and administration and an ability to work like clockwork and be disciplined in how money is budgeted, saved and earned (auto deducted savings for instance that you do not touch grows at a great rate).

This isn’t sexy stuff at first, but like compounded interest – it can add up to gorgeous, big bucks when applied correctly!

This is also a year where first impressions will really count, even if it does not reflect the deeper you. You can capitalize on this by trying to be impeccable or at the very least wear a single item which has flare when you go out.  it might be a bright, favorite scarf or shawl, a hat or wild socks or something that shows you thought about what you put together; you will be glad you did.

You can make positive impressions by being clear in your intentions, thoughtful in your appearance and by following steadfast and proven paths to success.  Those who emulate and mirror the qualities of the Fire Rooster’s hard work, commitment and loyalty will go far this year.


Each Chinese Zodiac animal is actually reflective of where Jupiter ‘lives’ as it traverses the heavens, one constellation per year.

A Rooster Year is when Jupiter is in Virgo bringing great talents with details, perseverance and a fortitude which comes from being able to be focused on the short-term tasks which bring long term success.

Lunar New Year lands on the New Moon every year (on the second New Moon after December/Winter Solstice).

It is the “Spring Festival” of the Chinese Luni-solar calendar. The Chinese calendar is both lunar and solar just like the Vedic Calendar.

Years of the Rooster are:

What Does It Mean For You If You Were Born A Fire Rooster? 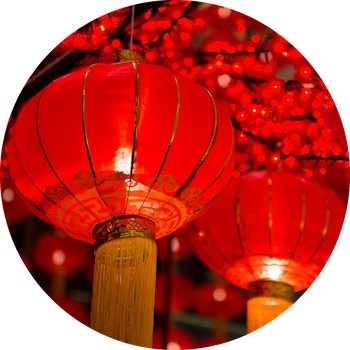 If you were born before January 31st, 1957 then you are born in the Year of the (Yang) Fire Monkey.

Year of the FIRE ROOSTER only occurs once every 60 years and the entire Chinese Animal Calendar actually arcs over 120 years, which is the life our bones are supposed to have…and which matches the Vedic Planetary Cycles of life in each person’s birth horoscope.

Fire Roosters are keen observers, proud to be upright citizens and will tell you the truth so plainly that it sometimes stings a little. Roosters are dreamers even though they are incredibly pragmatic and practical. They are social, enjoy talking and are devoted, and when in love can shower who they adore with generous gifts and care.


NUMEROLOGY AND The CHINESE CALENDAR:

Fire Rooster in a “1” Year can be like a meteor. With Fire giving vim and vigor – the Fire Rooster has fierce focus, is motivated toward the long-term goal and can be a great leader, as long as you agree with how they want to lead.

Since 2017 is a 1 year, it aligns the solar energy of the Sun and the fire of the Fire Rooster to make this a dramatic year. It will be a year where pomp and regal celebrations will make special occasions the perfect place for sealing alliances and relationships.

A cheaper way to do this on a personal level is to have a circle of friends each host a small dinner gathering each week or month, as a pot-luck or pot-latch to keep the cost of the social event low.  Enjoy yourself but do it frugally this year.  And if you put the costs-savings for that in the bank, you can watch your savings grow.

The eclipses this year, from the Vedic Astrology point of view, simultaneously bring focus to leadership – and how a big vision can be lost if the details and understanding of the inner workings or moving parts are not understood.  The mis-match of Leo/Aquarius eclipses desiring to just say it and make it so and the detail oriented, make sure all the parts work together – ‘down in the trenches’ kind of ability that the Rooster brings could cause some friction between bosses and workers and the executive/visionary/leader and those who implement the plans and project managers.

The friction will be the greatest between boss and worker or visionary and project manager in February and August of 2017 because these are the months of the eclipses.  So you can keep your job and decrease grief in your life at work in February and August of this year if you do not push-back in the week surrounding the four eclipses this year. Then you can remain safe.

All other times, you can make great strides with your boss if you have documented your points and make a solid case for helping your company, workplace or customers with the data.  In Rooster years, use data and numbers wisely and watch your reputation grow.

Likewise, use being on top of finances and money details – like accounts and debts owed you and watch your bank account grow.

Roosters are masters at collections – collecting debts and outstanding accounts that is.

Fire Roosters will be able to act with precise power, be independent and will excel in their management skills. The negative side of the fire rooster could flare up as appearing to be melo-dramatic, thin-skinned, nervous and unstable temporarily.

When great organizations are observed, the secret behind many great nations, companies, organizations and even families is in great administration. There is true hidden power in leading and delegating well.

Since success is such a driving force for the fire rooster, the single-minded ability to focus on what needs to get done to achieve new heights will fuel their fire. This kind of Rooster will cling to his/her views and seize control and want to run their own fact-finding and feasibility studies. Since this Rooster remains fixed in their opinions, they will not be easily swayed by others input but will still be the ethical and professional that they are.  It is better to have a rooster aligned with your cause as a result.

What the Rooster may lack in flexibility, they make up for it in that they are contributing to noble causes and are steadfast in supporting good causes and being an upright citizen.

Rooster Alliances Are Key This Year!

Find a rooster this year to be on your team or act like a rooster and excel.

When you receive a Roosters support, you will succeed this year by applying their talents in all the right ways.

What is funny about the quirky Rooster is that they also have a strong affinity for controversy.  It isn’t personal when they blast about their rant of the moment, it is just to stir the pot and air his/her mind.  Social media has opened a whole new world for the rooster.

And if a rooster can learn some diplomacy, then their critical abilities will give them a strong and steady rise and they will go far. 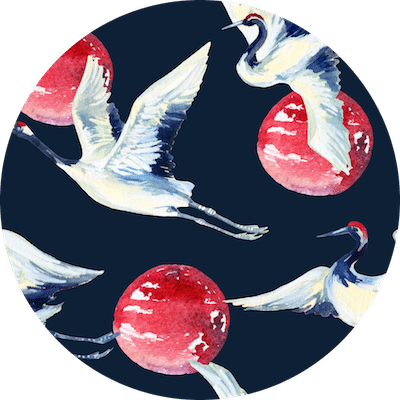 Chinese New Year is considered the greatest human migration in China: A majority of Chinese travel home to be with family in time to celebrate the Lunar New Year together. It is like Christmas is celebrated in Western cultures. Everything shuts down on New Year in order to be with family and start the New Moon Year with a fresh start.

It is not just one day. It is celebrated for an entire month. I explain more below. On Lunar New Year, you are already half way through the celebration!

Things to do during the Month-long celebration of Lunar New Year: Debts are paid, grievances forgiven, celebrations and firecrackers abound. The noise at Chinese New Year is to scare away the negative influences – which are different according to which animal year is being celebrated.

The celebration typically begins two weeks before the New Moon of Chinese New Year, and is celebrated for another two weeks beyond January 28, 2017 this year. The celebrations actually finish mid-February this year on Valentine’s Day; with the Full Moon.

Celebration is based on the Moon Calendar – from Full to New to Full Moon.

Clear out the Old.

Cleaning is typically a big part of preparation for Chinese New Year.

So, sweep out what is old and no longer working for you. Choose a new pair of shoes and clothes to wear as you step out into the world this Chinese New Year.

Forgive past grievances, and make good on your financial debts. This is all part of making the best of the New Year.

If we all did this every year, we all would be lighter in our hearts and minds.

So, what are you letting go of as the Moon wanes from Full to the quiet day just before the New Moon?

The First Lunar Day begins in North America and the Canadas on Jan 28th because the New Moon occurs there at 7:07 pm Eastern Standard Time, but it is the Sunrise on the first day with the New Moon which defines the Chinese New Year!

Remember To Nurture your Dreams!

And then, what are you calling into your life with the fresh new start this spring? Let the Earth support your new projects like seeds well planted, watered and loved.

Take This Time To Grow your Health!

May your dreams blossom, and health be with you in every breath, is my wish for you this New Year.

Kathleen Whalen M. S. Is an Indian Numerologist, Vedic Astrologer and Soul Purpose Coach who has created a way for her clients to exponentially expand their wealth health love and peace in their lives. As an international author, speaker an online teacher Kathleen is also creator of astrology timing calendars. Go to ConsciousCalendars.com , where you can receive your free Calendar to Aligned Happy Living.