Election 2012: Stacking Up “The Numbers”

Lets take a moment for a numerological view of the upcoming election. 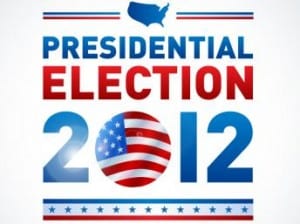 Today, November 6, 2012 marks the “Election 2012” date… a date of importance that will inevitably create an impact on the lives of Americans and much of the rest of the world with the election of the 45th United States President. With numerous political analysts and organizations offering speculations about who will emerge victorious, Numerologist.com, a leading online resource for numerology and its relation to the universe, announces a numerological interpretation of the numbers surrounding the much-anticipated election date, and explores the meaning of these numbers for those involved.

Through The Lens of Numerology…

Numerology is a way of seeing the universe around and within us in symbolic terms, much like Astrology and Tarot. In ancient times numbers were understood to be representative of basic vibrational patterns that give structure and meaning to our world. When Numerology and its methods are applied to one’s name and date of birth, one can explore talents, opportunities, challenges and strategies that may otherwise be hidden from them, and use them to live a happier and more fulfilled life.

Each number vibrates at a different rate and takes a different meaning depending on where they appear in the Numerology chart. Studying the significance of the election date from the standpoint of the nation’s numerology can provide added insight on what the day’s events may bring and how it can create an impact on the lives of the American public.

First, it would be a good idea to take a look at the Life Path numbers of the major candidates for the presidency, incumbent Democratic President Barack Obama and former Massachusetts Governor, Republican Mitt Romney. One’s personal Life Path number is determined by adding all the numbers of the birth date and reducing the sum to a single digit, 11 or 22. This number provides an important influence in one’s life, and structures the number patterns that unfold throughout lifetime…

President Obama’s Life Path number is 2, taken from his birthdate which is August 4, 1961. Having this Life Path number makes a person best suited for “being a mediator, negotiator, taking care of details, taking the supportive role, or gathering facts.” Personality traits of this number include aiming to please and being critical over details, a little uncomfortable in the limelight, cooperative, a good listener, and reluctant to argue or maintain conflicts and discord.

Former Governor Mitt Romney  has a Life Path number of 9,  as determined from his birthdate, which is March 12, 1947. People born with a major 9 influence are usually found in all walks of life, and some have more than one profession. They recover quickly from disappointments, and learn many lessons in life, some of which are hard. Their true nature, and their key to success, is to devote their lives to the good of all, not an easy path to follow by any means.

Numerology studies not only personal vibrational patterns, but studies the number patterns of states and nations. Let’s take a look at what the patterns based on the “Life Path” of the United States has to say about Election Day…

In order to discuss the Numerological attributes of the day of this year’s US Presidential election, let’s take a brief look at the Numerology of the country itself.

Much of the writing you might find on the subject will start with the Universal, or calendar year. This may not be the best way to judge the events that affect an individual nation, because nations, just like people or corporations have birth dates, and therefore Personal Years.

When calculating personal years, months and days, the year is always considered the most powerful of the vibratory patterns. Months are telling, but days change too quickly to create lasting effects (except when they are of the same number as the year and/or month).

Seven, in its positive manifestation, is the number of trust and faith, but it can produce a one-sided viewpoint. It seems that many of the negative aspects of 7 are being shown by the major  political parties failure to put the best interests of the American people above their party’s agendas. Doubt can slow down progress during a 7 year, but next year (8) may see more large-scale projects occur as the economy continues to pick up steam.

The Personal Month for November is calculated by adding the number of the calendar month to the personal year. In this case, 11 =1 + 1 = 2, and adding to the 7 we arrive at November being a 9 Month for the US. Again, 9 is a telling number in this situation, because it is a number of endings and coming change; it is the end of a 4-year term of office.

The Personal Day is calculated by adding the calendar date to the Personal Month digit – in this case 6 + 9 = 15: 1 + 5 = 6. Six has to do with domestic issues; on the national scale, it would represent political and personal responsibility. It’s very appropriate, because in a democratic nation, it is the responsibility and duty of citizens to participate by voting in their best interests.

What Does This Mean For Election Day?

On Election Day, the natural harmony between 6 (responsibility) and 9 (change) will be a source of happiness for many people, but it will represent an ending for others. Those who have been following the negative aspects of the 7, by seeking the dominance of their personal views, are likely to experience the shattering of their illusions. The 9 encourages citizens to let go of unproductive ways of doing things. This date offers the opportunity for the American people to either come together based on common goals, or for them to be driven apart by conflicting ideologies.