I’m so thrilled to share the GOOD news with you embedded in December’s amazing Astro-Numerology forecast, including one of the most important Abundance Moments of the year at the end of the month.

First to the numbers:

I can’t begin to tell you how beautifully number 10 lines up with all that is occurring in the heavens this month. It’s as if the universe handed you a magic wand allowing you to create a new reality at a faster pace than at any other time. 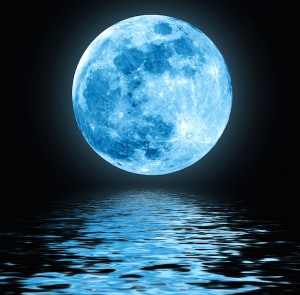 On December 4, right as Mars enters Aquarius, a “double trine” forms in the heavens: The planet Venus trines Jupiter and on the SAME day, the Sun forms a beautiful trine with Uranus. I love this day, because these simultaneous trines create a magnificent Prosperity Code!

Then on December 6th we’ll experience a mysterious Gemini Full Moon during which the Sun and Moon align in a harmony with Uranus.

12.6.2014 is a 16 Universal Date of enchantment and mystery. Number 16 in a numerology cycle brings sudden and swift changes, and powerful intuitive insights. These are the SAME keywords for Uranus, the planet of genius and breakthroughs, innovation and progressive thinking, so you can definitely expect rapid change.

Then Jupiter moves retrograde from December 8 through April 8. When Jupiter changes direction and moves ‘backwards’, you feel more spiritual and philosophical. It’s a time to nourish your INNER life. In particular, you’ll have a big opportunity to look closely at how you feel about wealth and creating your financial freedom.

Jupiter governs Truth and the Future. Look closely at the decisions you’re making, since each decision defines and shapes your future.

On December 15 Uranus forms an exact square to Pluto. Squares in astrology invite tension into your life, helping you to move and act when you otherwise might not. These two planets have been “squaring off” for a few years now. This sixth of seven meetings (the final one is next March) may make you feel a little unsettled, because it sets up a strong pattern of sudden, unexpected changes.

For the last few years, changes, shifts and transformation have been a common thread for all of us. Open yourself up and go with the flow now – and you’ll be richly rewarded in 2015. 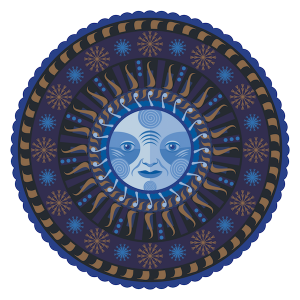 Next comes spectacular December 21 – a huge day in Astro-Numerology.

And that’s not all. Moments AFTER the solstice, the Capricorn NEW MOON forms at 00 degrees.

What You Need To Focus On For This December

What an amazing time of NEW BEGINNINGS! We have the 10/1 Universal Month, the Solstice, the New Moon at 00 degrees…

As if that’s not enough, there have also been four consecutive New Moons at 00 degrees! In September, October’s Eclipse, November, and now again in the final month of December right during the Winter Solstice.

At the end of 2014, this quadruple Zero Point Code sets you up so beautifully to:

➳ LET GO of everything and everyone in your life that is NO longer contributing to your well-being and growth.
➳ RELEASE ideas that have outlived their relevance because of how much you are evolving now.
➳ RID your mind of beliefs that are limiting your ability to create abundance.

December 21/22 is an invitation from the universe for you to step out of your comfort zone, so use this powerful moment to move forward with confidence and faith. Trust and listen to your intuition, and experience miracles! 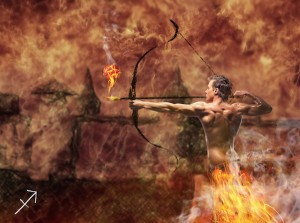 Here is the final and fabulous news for December:

Saturn will be leaving Scorpio and entering Sagittarius on December 23. This “switch” occurs just DAYS before the Big Abundance Year of 2015.

Saturn has been in Scorpio for the past two years, triggering a possible stagnation or slowdown in financial arrangements you have with other parties and the flow of your career. So you may have been frustrated by the slow progress or even setbacks in your finances and/or your vocation at some point during the last two years.

That’s all about to change!

With Saturn moving into Sagittarius on December 23, you’ll feel a surge of POSITIVE energy entering your money and career sectors. They’ll now be freed up to welcome abundance and success more easily!

Saturn’s move is the PERFECT heavenly alignment to prepare us for 2015 just days later. Since 2015 is the most powerful “Year of Awakened Wealth Consciousness” in a long, long time.

Use the magnificent Astro-Numerology code this month to birth a powerful VISION of your life. This is YOUR moment.

May you and your loved ones be abundantly blessed!

Let me know how you’re manifesting New Beginnings and stepping out of your comfort zone in December. I’d love to hear from you in the comments section below!