A Quick Introduction to Chinese Numerology

By The Numerologist TeamNovember 7, 2019 Numerology

If you thought you understood numerology… it may be time to think again!

Here at Numerologist.com, we use Pythagorean numerology. In this system, every number vibrates to a specific frequency, and these frequencies hold power, symbolism, and archetypes and information that make up life as we know it.

Some of the number meanings are intuitive and pretty obvious – the number 1, for example, brings a fresh, new, dynamic vibration. Whilst the number 2 is all about partnership.

Yet unless you study and learn Pythagorean numerology, it remains a largely hidden art. 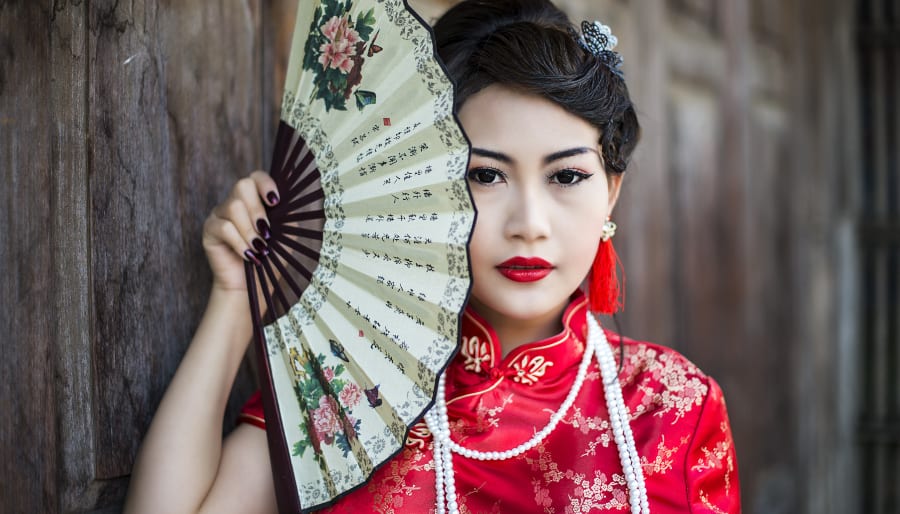 What is Chinese Numerology?

Chinese Numerology is virtually the polar opposite of being hidden – it’s based on what a number sounds like.

To understand the meaning behind numbers in Chinese numerology, they need to be spoken.

…And the words that they most closely sound like, affect the kind of energy it holds.

Here in the West, we don’t regard numbers to be lucky or unlucky (except maybe the number 13, but that’s another story…).  No numbers are ‘better’ or ‘worse’ than another – there’s no hierarchy or dominance. Yet in China, some numbers definitely are lucky, whilst have the reputation of bringing bad luck.

In China, each number is associated with an element (and the Chinese culture recognizes 5 elements – wood, fire, earth, metal, and water).

Double-digit or combination numbers also keep their own meaning. They aren’t usually summed and reduces, as in the Pythagorean system. That said, let’s take a look at the numbers 0 – 9 and what they mean in Chinese culture and numerology…

The zero (0) is perceived in China to be the beginning. It’s considered to be a good number because it sounds like the word “ling”, which means good.

Number 1 sounds like the word for “honor”, yet is neither lucky or unlucky.
It’s associated with coming first (aka winning) but also with isolation and loneliness. In China, November 11th is known as “single’s day”(11:11 representing 4 single individuals)

The 1 relates to water

In China, the number 2 sounds a lot like the word for “easy” and is considered positive. Its numerology is thought to bring stability and steadfastness, in fact the Chinese have a saying” “Good things come in pairs”.

The 2 is associated with earth

The 3 is associated with wood

One of the most unlucky numbers in China, the 4 sounds like the Chinese word for “death”. Often the house number 4 is omitted in street planning, and apartments may not have the 4th floor.

Interestingly, in western numerology, the number 13 is considered unlucky and as 1 + 3 = 4, there is some crossover with the underlying vibration.

The 4 is associated with wood.

Another number with multiple meanings, the 5 is considered lucky by some – sounding like the word or “me” and being associated with the 5 elements, it is supposed to bring harmony.

The main route into the Forbidden City in Bejing is the Tiananmen Gate, which has 5 arches. So this number has also been historically associated with the Emperor.

Yet in some dialects, it sounds like the word for “not” which brings a sense of negativity.

The 5 refers to earth.

The numerology of the lucky number 6 is believed to be quite auspicious in Chinese culture.

In Mandarin, the number 6 sounds like the word for “smooth”, whilst in Cantonese, it sounds like “good fortune” or “profitable. Because of this, many people in China regard the 6 as a lucky number for business owners.

In contrast to the negative connotations and fear that the triple 6 has in western culture, 666 is actually considered highly auspicious in the East!

The 6 refers to metal.

Another one that’s considered to be both an unlucky and a lucky number, the sound of the 7 resembles the word for “even”. Because of this, its’ believed to be beneficial in relationships.

Yet the 7th month of the year – July – is regarded as a “ghost month” and in some Chinese dialects it also sounds like the word for “lie” or “deceive” so has negative associations too.

The 7 refers to metal.

This is one of the luckiest of Chinese numbers. Sounding a lot like the word that means “to prosper”, people all over China try to weave this number into their daily lives. It’s believed to bring good luck and fortune to whoever uses is – the more the better!

The 8 is associated with earth.

Another good number. Sounding similar to the word for ‘longlasting’, the 9 is believed to be auspicious, and bring good luck when used in weddings.

It’s also another of the Chinese numbers associated with the Emperor of China. The government within the Empire walls was structured in 9s, and the Emporer would wear 9 dragons on his robes

The 9 is the only number associated with fire.