Biblical Numerology: Discover How To Decode The Sacred Numerical Patterns In The Bible!

Reading Scripture in the Bible is a source of comfort and enlightenment for many. Deepen your understanding of this sacred text by studying its numerical pattern.

Numbers play a huge part in the Bible. Not only are chapters and passages divided by numbers, but repeating numbers show up throughout the book.

This is not a coincidence.

Numerology is the study of the power, vibration, and energy of numbers. And the use of numbers in the Bible is a form of biblical numerology.

Before you continue, did you know that this article is “Day 17” of our 30 Day Numerology Challenge? Click here to get your free challenge pack download and start your journey to abundance, joy and light. 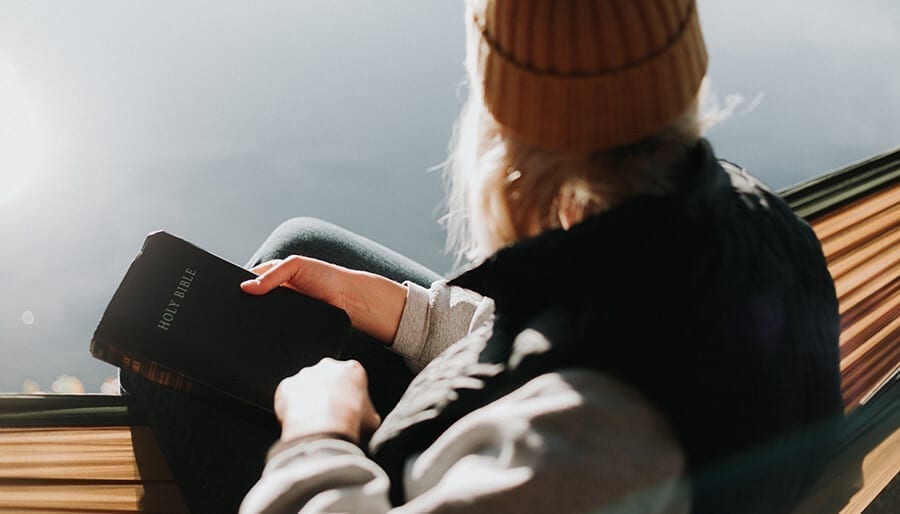 The symbolic value of specific numbers appears throughout scripture. You may recognize some of these references:

Numbers hold special power and meaning in the universe. In ancient times, this power was an accepted fact. But this knowledge has fallen by the wayside with the rise of modern beliefs. Many believers today dismiss numerology as occult practice and divination.

However, that didn’t stop the prophets and the writers of the Bible from including powerful numbers in Scripture.

If understanding is power, knowing the significance of the numbers in the Bible could lead to a better understanding of the written Word.

“Magic” Numbers and the Bible

Looking at a numerical pattern isn’t new for those who study numerology. But the study of biblical numerology is a controversial topic.

There are some who believe that biblical numerology is an occult practice, and therefore it’s the antithesis of following God’s written Word.

But if you believe that every word in the Bible is there by design, that means God also meant for you to study the numerical pattern. In fact, some studies have revealed that there are patterns hidden in the phrases and words of the Bible, as written in its original languages (Hebrew, Greek, and Aramaic). Uncovering these patterns could reveal the hidden meaning behind the text.

Also, remember that the universe integrates mathematical laws and numbers in its design. In 1890, discovering this connection changed one man’s life.

Studying numerical patterns in nature made Ivan Panin a believer. He converted to Christianity when he discovered the patterns. Panin thought that these patterns could only be the work of a Creator.

Panin also found similar patterns present in the Hebrew and Greek Bible. He went on to devote most of his life to the research and study of Bible numerics.

Panin wasn’t the only man to discover the mystery of numbers in the Bible. Even Sir Isaac Newton devoted many years to his personal research on the subject.

Numerical patterns are all around us. And each number and pattern is the basis of creation and life. So it shouldn’t come as a surprise that they are also in the Bible.

There are a few numbers in the Bible that appear in both the Old and New Testaments. These numbers have a deeper spiritual, and sometimes prophetic, significance. But they can often escape a casual reader’s attention.

Let’s take a look at some of the meanings behind some common numbers in the Bible:

Seeing the number one in Scripture can represent both unity and singleness.

In John 17:21 and Matthew 19:6, Jesus Christ prayed that his followers “May all be one, just as you, Father, are union with me and I am union with you.”

But there are also instances in the Bible where the number one refers to singleness:

In numerology, this number can also signify new beginnings.

Two is the number of unions and witnessing in the Bible. Genesis 1:16 says, “There were two great lights of creation.” And in Exodus 25:22, “Two cherubim guarded the Ark of the Covenant.”

Also, there are references to “two witnesses” in the Bible, and Jesus sent out his disciples “two by two” (Luke 10:1).

It also represents the truth of God’s Word. The book of Hebrews mentions God’s Word as being sharper than a double-edged or “two-edged” sword.

Three is the number of completions in the Bible. It represents the Trinity and the Holy Spirit. Many Bible verses reference this number.

For example, Jesus Christ’s ministry on earth lasted three years (Luke 13:7). And when he destroyed the temple, he raised it up in three days (John 2:19).

The number three is also used in repetition to emphasize important points:

This number of divine perfection is also illustrated in Isaiah 6:3 when the angels cry “Holy” three times.

In Revelation 7:1, the number four represents completeness in form. This Scripture repeats the number:

“After this I saw four angels standing at the four corners of the earth, holding back the four winds of the earth to prevent any wind from blowing on the land or on the sea or on any tree.”

Five appears in the Bible to symbolize grace and God’s goodness. The Pentateuch represents the first five books of the Bible from Moses.

The number also signifies teaching in Scripture. In the Parable of the Ten Virgins (Matthew 25:1–13), Jesus spoke of five wise ones and five foolish ones. When he fed the multitude, he used five loaves to feed the 5,000.

Six appears in the Bible 273 times, including derivatives like the “sixth.” In fact, man was created on the sixth day (Genesis 1:26, 31).

Most people, though, associate the number with the Mark of the Beast, as mentioned in Revelation 13:18. Since seven is the number of spiritual completion, subtracting one may symbolize the incompleteness of man.

Seven is the numeric equivalent of perfection. It’s the sign of God and divine worship.

There are many other references to the number seven in the Bible.

For example, when Jesus tells Peter to forgive his brother, he tells him to forgive 70 times seven (Matthew 18:22).

The number ten appears in the Bible to represent human governments and law. For example, Moses brought down Ten Commandments in Exodus 20.

This number can also represent restoration as in:

The Parable of the Ten Virgins (Matthew 25:1)

Ten is also the amount of one’s income that belongs to God. Tithing in the Old Testament is when you gave a tenth or ten percent of your earnings as an offering (Genesis 14).

Where the number ten stands for human government, twelve symbolizes the divine one. Twelve is the number of God’s authority and the church.

For instance, Jesus Christ had twelve apostles and there were twelve tribes of Israel. This number also repeats itself in Revelation 21:14:

“The wall of the city had twelve foundations, and on them were the names of the twelve apostles of the Lamb.”

There are instances of multiples of twelve also mentioned in the Bible. Passages like Revelation 4:4 and 7:4–8 may symbolize the same thing as the number twelve.

When you see this number or time frame in Bible verses, it’s associated with sorrow and mourning.

Judas betrayed Jesus for 30 pieces of silver. When he changed his mind and tried to return it to the chief priests, they ridiculed him. Judas responded by throwing down the money and leaving to go hang himself (Matthew 27:3–5).

The sorrow of the number 30 may also have a more traditional meaning.

When Aaron died, the people mourned him for 30 days (Numbers 20:29). The people also mourned Moses for 30 days when he died (Deuteronomy 34:8). Jewish people call the practice shloshim. The 30 days of mourning is in accordance with Jewish bereavement tradition.

This number is the one you see when the Bible talks about testing and trials. When Moses went up Mount Sinai, he was up there for 40 days and 40 nights (Exodus 24:18). During the great Biblical flood, it rained for 40 days.

The desert wandering stories of the Bible are another example of this number’s relation to tests and trials. The Israelites wandered the desert for 40 years (Numbers 14:33), while Jesus experienced temptation after 40 days in the wilderness (Matthew 4:2).

The number 30 may signify sorrow, but 50 brings power and celebration. You see this number in Leviticus 25:10 with a celebration on the 50th year. And the celebration for the Feast of Pentecost happened on the 50th day after Passover (Leviticus 23:15–6).

Celebrations extend beyond the Old Testament, though.

In Acts 2, believers became filled with the Holy Spirit on the Day of Pentecost, 50 days after the Resurrection. That was a celebrated show of power on top of a regular day of celebration.

The number 70 makes an appearance in Bible verses to signify human delegations and judgment.

For example, Moses appointed 70 elders in Numbers 11:16. Including himself, this made up a Sanhedrin or Jewish tribunal council.

In Jeremiah 29:10, the number shows up again. But this time, it’s to describe Israel’s years in captivity in Babylon.

Also, Jesus chose 70 disciples and sent them out two by two in Luke 10:1. There is some disagreement as to whether the manuscript says 70 or 72. But the most widely accepted translation is 70 disciples.

Seventy also made an appearance with the numerical pattern of seven in Matthew 18:22. Peter asked how often he should forgive his brother and sister.

Jesus, though, emphasizes the point with his response that Peter should forgive 70 times seven.

The Power of Numbers

Numbers and numerical patterns are all around us. There’s a reason theologists and scientists devote their lives to studying them. They hold the secrets of creation and insight.

Understanding the power and repetition of numbers in the Bible can help you uncover deeper, hidden meaning in Bible verses.

Some may say that studying numbers in the Bible is an occult practice that goes against its teachings. However, you can’t deny that numerical patterns exist in the Bible for a reason. And maybe that reason is for you to gain better insight into this sacred text.

What deeper meaning did you uncover about the Bible? Did biblical numerology help strengthen your understanding of Bible verses? Tell us in the comments section. Or, get your free numerology report today.

Ready to Become The Master of Your Universe?

Discover how to unlock the powerful manifesting portals of each number, one by one…