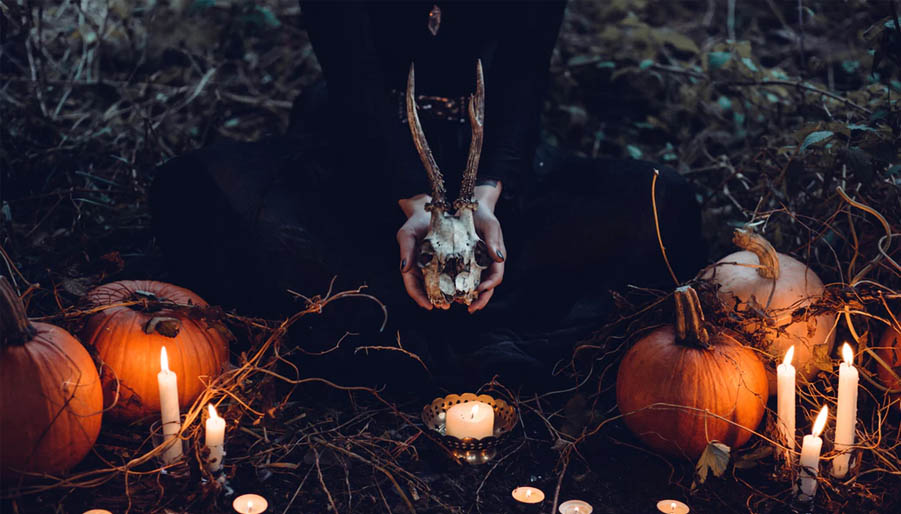 One of the marvelous things about modern witchcraft is its rich use of symbols.

Wicca and witchcraft use symbols as a spiritual vocabulary that is practical and meaningful at the same time.

A symbol is something visible that represents something that is invisible.

Wicca, witchcraft, and magick (spelled with a “k” to distinguish it from stage magic) are spiritual practices that deal in the invisible forces of nature, and symbols are the handles that make that possible!

Symbols are used in ritual and meditation, for personal style, and everything in between. This makes a lot of sense because magick works on a subconscious level and the language of symbols is the language of the unconscious. By using symbols to cast spells and do other ritual work, Wiccans and other magickal practitioners are communicating with the universe in a shared language. Therefore, symbols are really at the very heart of magick.

Let’s take a few Wiccan symbols as an example. Wiccans are the fastest-growing group of modern Pagans and magick makers. There is a lot of variety within the religion, but they do share a well defined basic vocabulary of symbols. We’ll look at the pentagram, the cauldron, and the triple moon symbol for their meaning, history, and how they can be used in casting spells for any level. 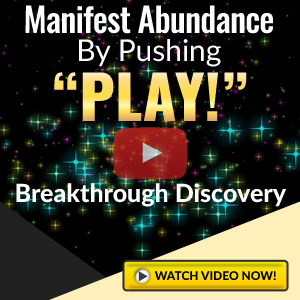 The Meaning of the Pentagram

The pentagram is certainly the most recognizable of Wiccan symbols. Thanks to Hollywood and the satanic-paranoia of the 1980s, it’s also the most misunderstood and feared. Nevertheless, the five-pointed star surrounded by a circle has remained the self-defining symbol of Wiccans, similar to the cross or star of David for Christians and Jews.

This unmistakable Wiccan symbol will often be worn as a pendant or is placed on an altar both during rituals and in everyday life.

This is because the beliefs behind Wicca lay hidden in what the pentagram symbolizes.

The five points of the star represent the five natural elements of earth, fire, water, air, and ether (meaning spiritual energy.) The circle represents infinity and the cycles of nature, as well as a reference to the ceremonies of Wicca which happen within a circle.

As a nature-based religion, the elements and the circle are the building blocks of the Wiccan world view. Additionally, sometimes the pentagram is used to represent the element of Earth and as a protection charm.

Unlock the power of the pentagram with this simple charm for personal protection. You may have heard the word “pentacle” before. A pentacle is the name for a charm or talisman upon which a pentagram has been drawn or etched. Many Wiccans use pentacles as travel amulets, or when facing a challenging day!

Gather a small square of aluminum foil and a pinch of salt.

Trace a five-pointed star onto the foil with your fingernail and say these words:

Ether and Water. Earth, Air, and Fire. The circle binds them all together.

As they are enclosed, in harmony whole.

Draw a circle around the star, saying: So mote it be!

Place the salt in the center of the foil and crumble it into a secure ball.

Carry your pentacle in your pocket or purse for protection, and walk in step with the harmony of nature!

The Meaning of the Cauldron

Along with the broomstick, cauldrons are one of the ancient pagan symbols deeply associated with witchcraft, from Shakespeare on down. This is because witches are essentially healers, and the cauldron was once a practical tool of their craft. It was a place to mix plant medicines (a practice that many modern Wicca-enthusiasts still follow today) or boil water to help in childbirth. Thus the cauldron has come to symbolize healing and wisdom within the craft, as well as being a symbol for witches and Wiccans as a whole.

Wiccans also use it to symbolize the womb of the Goddess.

It is the primary pagan symbol for Cerridwen, the Celtic goddess of magick, transformation, and knowledge. Many witches are still healers and use a cauldron to mix remedies, either magickal or practical. It’s a handy tool for spell work that involves oils, incense, herbs, or any other common magickal ingredient.

Cauldrons are traditionally made of iron, but if you don’t already have one, a fireproof mixing bowl made of pyrex will work just a well. This easy cauldron-based spell will cleanse your space of negative energy and provide protection.

Gather some incense, your cauldron (or bowl,) and a couple of cups of sand or dirt from close to your door.

Make the dirt into a small mound, stick the incense in, and light it.

Waft the incense smoke up with your hands, saying:

From the belly of the cauldron

As the herb turns to ash

In with love and out with ire

Sit with the incense for the time it takes to burn down. Watch the smoke rise into the air and fill the space with a sense of security and peace.

Sprinkle the ash of the incense along with some of the dirt in a circle around the building if you can, or simply make a small circle with it on the ground close to the door.

The Meaning of the Triple Moon Symbol

Wiccans worship the male and female aspects of sacred nature in the Horned God and the Great Goddess.

The triple moon is a symbol for the Goddess.

It is made up of three moons, lined up in a row; a waxing crescent, a full moon, and a waning crescent. The three phases of the moon represent an understanding of the Great Goddess as a Triple Goddess. She has three aspects, corresponding to the phases of the life of a woman; maiden, mother, and crone.

In many ancient belief systems, as well as in Wicca, there are three aspects of the Goddess. Each aspect of this Triple Goddess rules over certain qualities and abilities.

While there is much evidence of Triple Goddess worship in classical literature and in pagan Europe, and many more Goddess symbols, like most modern Wiccan beliefs, this is a modern adaptation.

The Maiden Moon Candle for Abundance

Invoke the inspirational and expansive powers of the Maiden Goddess with this candle. She brings opportunities for abundance wherever she goes!

Gather matches, a penknife, and a pillar candle that is white, pink, or pale blue.

Use the knife to carve a crescent moon symbol on the side of the candle.

Maiden Goddess bring to me,

In love and light, so mote it be.

Light the candle every month when the Moon is a waxing crescent, for an extra-strong effect!

CHECK OUT THIS RECENT POST: 2 SIMPLE CANDLE MAGIC SPELLS TO IGNITE YOUR PASSIONS AND BURN AWAY PROSPERITY BLOCKS

Are you a practicing Wiccan? Or do you want to be (in which case check out this post: The Modern Girl’s Guide to Becoming a Witch)

Let us know in the comments below!