Take a Look Inside the Ancient & Magical Witches Market of Bolivia…

Nestled into a corner of the busy streets of the Bolivian administrative center, La Paz is an unusual array of market stalls. Peer a little closer, and alongside the usual tourist tat, you’ll see unexpected wares on sale.

Herbs and seeds of all kinds.

And of course, the famous dried llama fetuses.

You have entered the Mercado de las Brujas, or Witches Market! 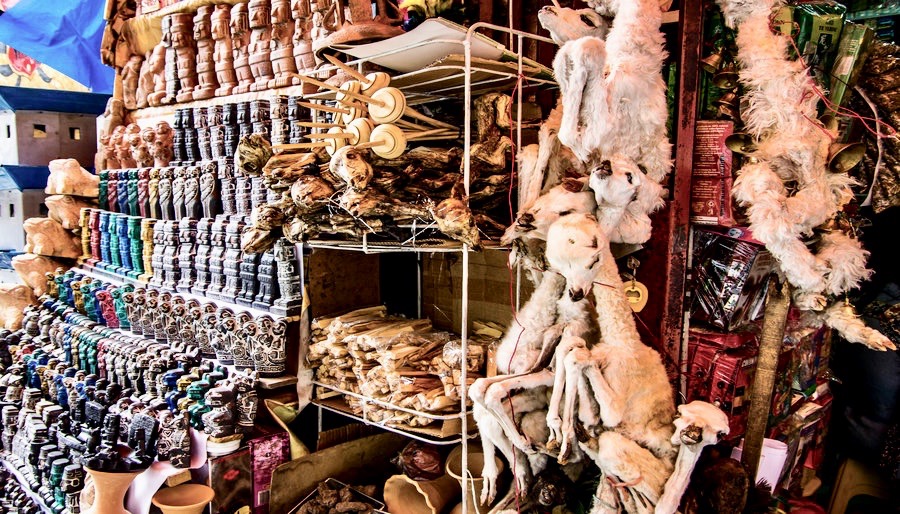 Bolivia is home to an ancient mysticism that, unlike the witchcraft of our western world, flows through people’s lives like water. In this South America country, witchcraft is alive and kicking.

Bolivian Bruja (witches) are often brought into the world when their laboring mothers give birth in a standing up position. Others are initiated into the craft through near-death experiences like snake bites, or lightning strikes.

Based just north of La Paz in the Andes, a group of traditional medicine men known as the Kallawaya reside and are known to possess incredible naturopathic healing powers. These people (both men and women) were known to be the healers of the Incan kings, and, according to the UNESCO Safeguarding Project, their lineage can be traced all the way back to the pre-Inca period.

As well as Bruja and the Kallawaya, there are many local healers and shamans throughout Bolivia, known as curanderos. These spiritual workers are called upon by many ordinary folks in Bolivia, often for blessings of better health, wealth and prosperity. The spells and rituals these blessings entail often require a myriad of specialist ingredients, so not surprisingly, the Mercado de las Brujas is a magnet for the most mystical echelons of Bolivian society. 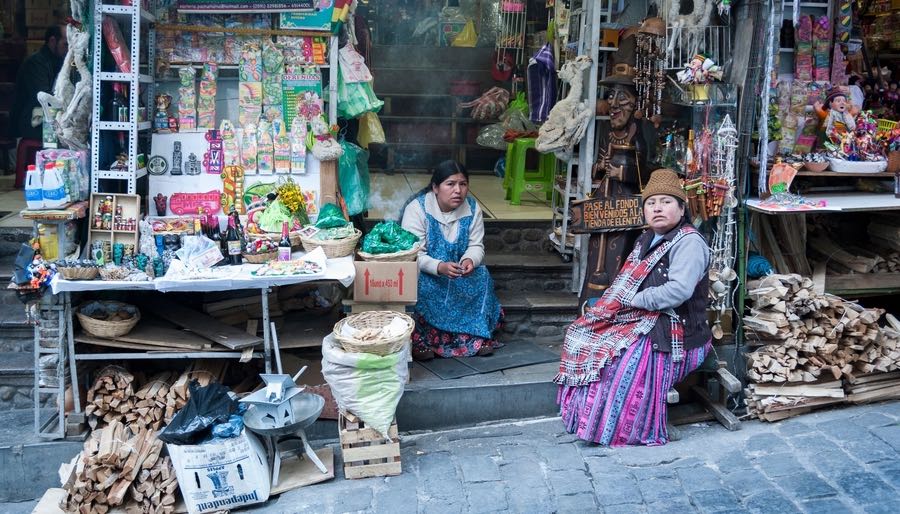 Stacks of Palo Santo can be seen amongst figurines of deities, colored sugar cubes, and dried starfish. As well as the symbolic meaning, many of the items on sale at the Mercado de las Brujas are ritually potentized offerings to Mother Earth – Pachamama – as all of Bolivia’s Spirit Workers, from the Bruja to the Kellawaya to the curanderos are all deeply earth-honoring in their work. Each time ceremony is held, Pachamama must be appeased.

So what of the dried llama fetuses? 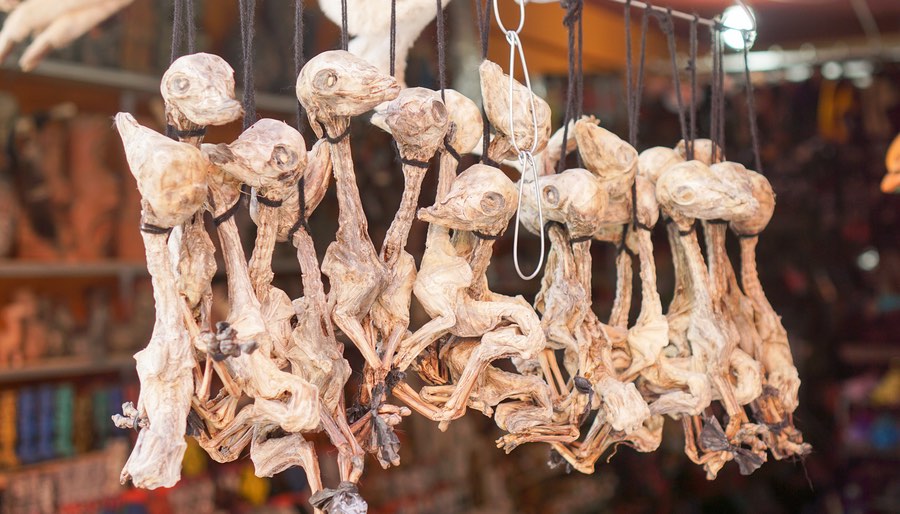 Well, these sacred, yes, sacred objects are used most often in house blessings, and to ward off evil spirits. An offering (cha’lla) can be bought and performed by one of the Spirit Workers at the Mercado de las Brujas, specially curated according to your needs. This will often involve the hand-picking of certain objects – quite possibly containing a dried llama fetus – which are wrapped up together in a piece of cloth or paper, to be placed ceremonially in position, in honor of Pachamama. 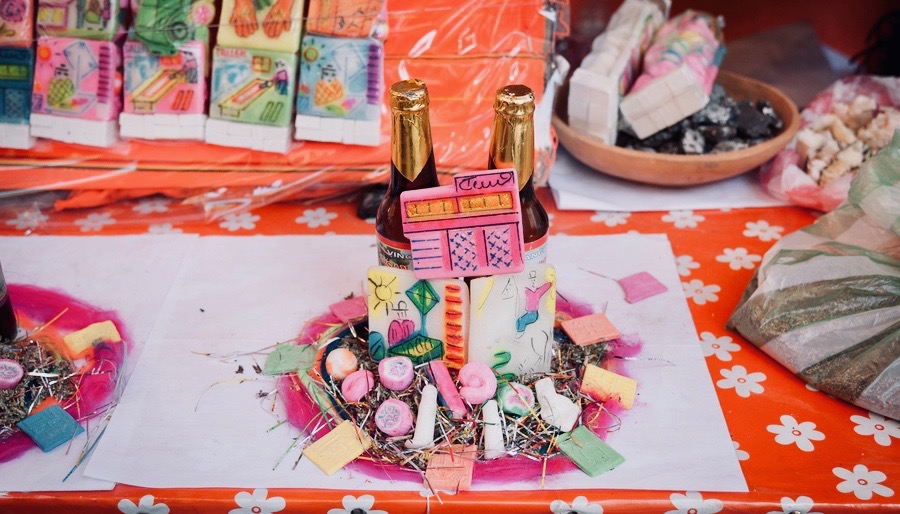 But if the cha’lla seems a little extreme (and it may well, especially when live llamas are part of the plan) the Market is scattered with plenty of yatiri willing to read your fortune through coca leaves. As a sacred plant of high regard, coca is believed to offer the reader insights into another dimension.

And if you don’t like what you hear? No problem… there’s always the invitation to make another cha’lla…

Have you been to the Bolivian Witches Market? Do you fancy a trip there? Let us know in the comments below!