Cart
Health and Well Being

16 Signs You Belong to The Indigo X Generation: Your Aura Color

Were You Born An Indigo X?

I was born in England as part of a collective of Beta generation Indigo children on October the 16th 1972. My mum was from the North and my dad, the South and we lived in a village with three corners, much like the compulsory stories that taught me how to read at primary school.

I likened myself to Roger Red Hat because our house had a red roof and a red door (although ours actually had red shutters too). In the books Roger was friends with Billy Blue Hat and Johnny Yellow Hat who lived at the other corners of the village just like my best school pals Paul and Carl. As an idealistic Ruling 9, I believed that I had the perfect childhood. They say ignorance is bliss. I was totally unaware of what was really going on behind the scenes so when I reached the end of my first 9 year cycle, the cracks had clearly started to show. 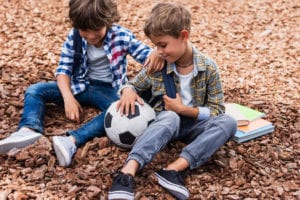 Pin
Childhood is littered with memories both good and bad. On the whole, I remember my wonder years in a bright shade of lemon yellow. An time of innocence, playing British Bull Dog in the school yard, dodging a soaking from a hose pipe in the garden and building dens out of golden hay bales from next doors pig farm during the harvest.

I met Paul when I was 4 years old on my first day at Whorlton Parochial School in Swainby. Our mums got chatting in the corridor outside the staff room and within minutes we were besties. We would do everything together. That was until another little boy joined our class the following term. Ironically, Carl lived in between my house and Paul’s. He was a secretive child with a naughty streak.

I was a sensitive child and very loyal to my new found bestie. At first, we became the three musketeers but I was soon pushed to one side. Left feeling like the odd one out, my journey as a lost soul began.

As an Indigo child, I arrived on earth with a clear mission to challenge the status quo and shift reality. The first indigos incarnated in the 1970’s as an upgraded blueprint of humanity.

This label was formulated when analyzing the aura colors of these unusual children. Up until then, auric fields were anticipated as the entire spectrum of the rainbow, but the Indigos’ energy field was profusely royal blue, green or purple color, indicating a radical change in direction for humanity.

I just seemed to know I was special. A gifted, wise, old soul with extreme psychic awareness. I was highly driven and creative with a perception that saw through the established norms of society. My mission was clearly laid out to shake up the modern world and pave the way for future generations to create greater peace and harmony for all.

The Pros & Cons Of An Indigo X

Fast forward a few years to when I was sweet sixteen. A leading clairvoyant at a Psychic Fair in Leeds advised that I was one of the most sensitive boys she had met. It was the first reading of my life. Back then, I didn’t really understand what she meant but as she predicted my sensitivity would heighten over the years resulting in many periods of self-doubt and low self-esteem. Thinking back, this was the first time I realized the challenges of my purpose as an Indigo X. 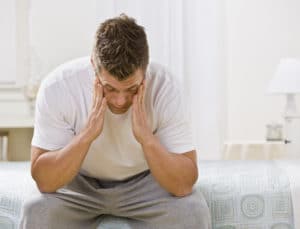 PinUnquestionably, the challenging times I endured have contributed to the deep level of empathy I now offer others as I assist them on their individual journeys to wellness. I am a bit like a flood light beaming into a dark tunnel as I guide people towards the rediscovery of their true purpose, helping them release the fears that keep them tethered in the dark.

Indigos are very sensitive, sometimes “hyper-sensitive” and may not be able to distinguish between the emotional fields of those around them and their own personal emotions.

Because of this Indigo X’s may remain in toxic relationships for the fear of being alone and prefer to stay quiet or back down to avoid confrontation. Until the age of thirty, I attracted a series of controlling partners who wanted me all to themselves and would get jealous and possessive if I spoke to anyone else. I would put up with this behavior, as my low self-esteem would justify their actions as acceptable because I was so desperate for love and affection.

Are You A Beta Generation Indigo?

How do you know if you are a Beta Generation Indigo?

If you identify any of the traits above, then chances are you are also part of my tribe. Well done for choosing the road less traveled during this life-time. It’s not always easy is it?