Your Early April 2017 Astrology Forecast: Taking Care of the Past! 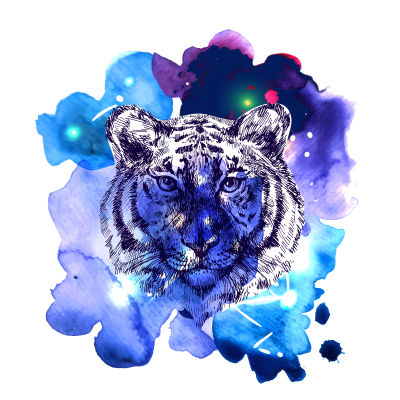 April is a planetary retrograde month, so get ready for more adventures. Jupiter and Pluto are square all month, which is a time of encouraging power to take more power, to be gluttonous if you will. World leaders will probably over reach, while we may feel helpless because the issues seem so large and overwhelming. Remember that the times we live in now are about changing, demanding your rights, making society more fair and just, and therefore pushing back is required. You are encouraged to be overwhelmed, so that you are mad as hell and won’t take it anymore. Be a protester, join groups for change, and your frustration will have an outlet and our world will get batter little by little. We are transforming, and it means changing within and without.

It’s also a big retrograde month. When a planet turns retrograde it looks like it has stopped orbiting in the sky, but it’s really just slowed down so it looks like it isn’t moving. When Astrologers see a retrograde they know it’s time to look back and clean up the past. Former people in your life will return, giving you the opportunity to clear up some old matters, either to say goodbye in harmony, or to reignite the relationship – friends, family, lovers and co-workers. April 2017 is such a time. It’s not a time to start a business, but you can make changes you’ve been thinking about to your current company. The past is where your attention should be focused, not the new or forward motion. It’s a looking over your shoulder time, cleaning closets, to do’s, and issues. Thus it can be a hard time because so much from the past is pushing on your for resolution.

We begin with Venus retrograde, moving into Pisces now. Venus retrograde can bring back old loves, but there is a lot of baggage there so I’d wait till April 20th, about 5 days after it goes direct, to hope for true love. Venus will not be pushing positive love vibes until then. Venus in Pisces, gives it a dreamy romantic quality and an opening for real emotions can also cause confusion in a retrograde – you think it’s love, its not; you think they implied this, they did not, etc. Just don’t make any real decisions until April 20th.

On April 4-5 is Mars in conjunct Jupiter, who is also retrograde. Don’t indulge. This is an aspect which says I’ll stop drinking, over-eating and gambling tomorrow, and then go on quite a binge today. Not a good day for investments either. Just ignore those impulses and you’ll be fine. By the 6th however, Mars is trine Pluto, a great day for opportunities and growth, perhaps out of the blue or fast decisions need to be made to take advantage of same.

Jupiter Retrograde – Resolve the Past

Jupiter, our good luck guy, has also gone retrograde last month, so good luck is about the past, items pending come to fruition. New beginnings not so good. The Universe loves a tidy house. You can’t ignore the lump under the rug anymore, it’s gonna rise and say hello. “remember me?” – time to resolve this issue. The faster you close down the past, the sooner you get to relax. 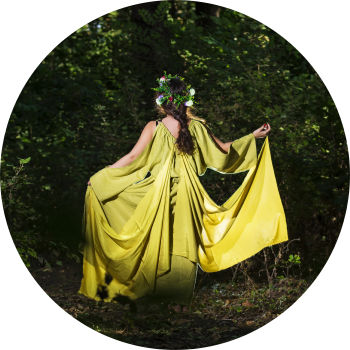 On April 6th Saturn goes retrograde. Saturn is our biggest teacher. We grow and gain strength we didn’t know we had when Saturn shines his light on us. And they are always big issues. So something you think you got away with is coming back to be resolved, or learned. Saturn never lets you get away with anything, Saturn is REQUIRED to teach you, so he never lets go. He does his job meticulously and thoroughly. And when he is done with you, you are permanently changed – wiser, more mature, more aware of your own strengths. But he is known as the Taskmaster so he puts us through the paces. and when he is retrograde, he is frustrated. He dot’s his i’s all the time, so a missed punctuation or situation or student, annoys him. He wants his student to get it and progress forward, not stay stuck and unchanged. When Saturn comes to visit it’s buckle up time. It’s all about the serious, and it can be quite hard. He goes direct in August. Whatever unfinished business you have, I strongly recommend you just deal with it and stop hiding from it.

April 7-23 Venus is square Saturn. This is a long period of lessons to be learned about love, and money. Don’t be too easily fooled, or too cynical. Find the balance to find your harmony.

On the 9th Mercury, our mind, communication, shipping, mail, travel – all kinda go awry as Mercury retrogrades till May 3rd. Lost luggage, tons of mail comes in AFTER the retrograde cause it got bogged down somewhere. Computers crash (back up your data for real now!!). And somehow what you want to say and what comes out of your mouth can be a total surprise and embarrassment! Four times a year this happens for about 3 weeks, or 12 weeks a year. So again, pushing forward isn’t the way to go. You’re not thinking or communicating clearly. Don’t have elective surgery now, cause doctors and nurses aren’t thinking clearly either. It’s also when mistakes you made 3 months ago come back to haunt you and need to be cleared up or fixed. But the real reason for this is that your brain is on duty 24/7. It never stops, not even when you are asleep its regulating your body functions. So 4 times a year the Universe gives your brain a mini break. A vacation of sorts if you will. Don’t tax your brain now. Don’t work too hard – or should I say think too much. Give your brain a break and be a little lazier mentally. It’s time for a brain break. If you push your brain now, to over work, you’ll be really sorry cause you will make lots of mistakes. Slow down!

April 11th is the Full Moon in Libra. This is about relationships. With Venus retrograde for so long, it’s been a rough time for people to get along, and lots of people probably broke up or cleared the air, in a difficult and high emotional way. Libra wants harmony, balance, justice. It’s a time for healing – let go of the past, embrace the new. Maybe you lost someone, but it’s just to make room for the new. Hang with people who love you and make you feel good. It’s a wonderful healing day, if you let it be one by being good to you.

Venus Turns Direct on April 15th – Love Gets Back On Track

On the 15th, Venus turns direct. Give yourself a few days and then love will get on track again. Be patient till then. On this day she is Squaring Saturn, love and money, and it’s tax time, so many may have an extra tax burden haunting them on this day.

So get your ducks in a row and tackle the past. Be ready. Don’t fight it or ignore it. Let yourself face into the wind and deal with whatever it is, so you can be free. It’s time to get your house in order and relax with a heavy load lifted when you are done.

Till mid month, be well and patient and kind!