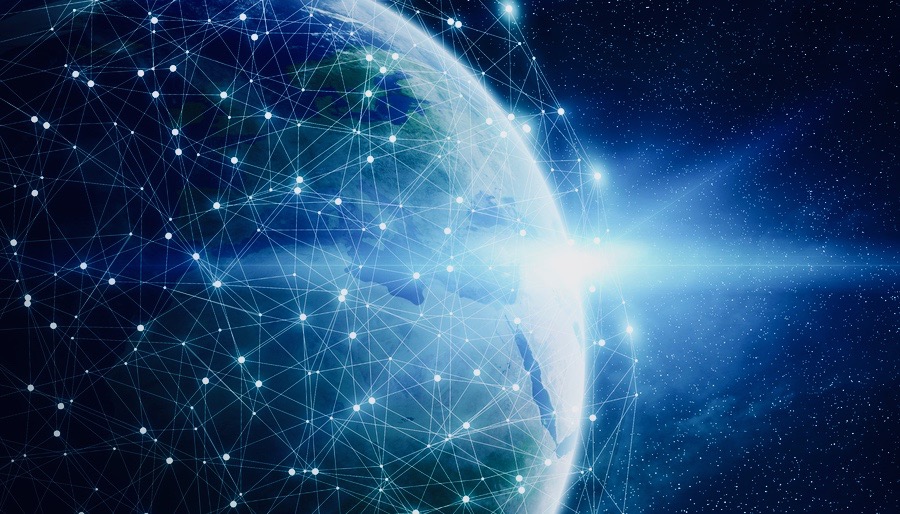 We’ve had a little taste of what’s to come.

Between May and November 2018, Uranus, the Great Awakener dipped his toe into rootsy Taurus, before backtracking over the last few familiar degrees of Aries. Uranus has spent (almost) the last 8 years in the sign of the ram, shaking up our individual power and inciting a whole spectrum of social and political activism. During this time, we’ve all had our personal passions stirred, been pushed way out of our comfort zones and hopefully, found our voices and learned to stand up for ourselves.

But now, the planet of revolution and change is on the move.

March 6th, 2019 sees Uranus foray into Taurus for the long haul. It’s here he’ll stay until 2026 so we’ve got seven long years ahead of us, to learn how to navigate this radically transformative planetary vibe as it sweeps through the slowest and most change-averse zodiac sign of the lot.

So buckle up star seekers, it’s going to be a rocky ride…

Undiscovered until 1781, this is a planet that can’t be seen by the naked eye and was completely out of reach until the technology was invented to close the gap. Nearly 250 years ago, Uranus demanded that humanity stretch itself beyond the realms of possibility, in order to make the unseen seen. And today is no different – this planet is known as the “Awakener” and its energy forges ahead, shatters illusions, constructs, belief systems, traditions, and basically anything that stands in the way of a bright new future.

It’s experimental, offbeat, and innovative: Willing to stand out from the crowd, whilst simultaneously serving the crowd. As the astrological ruler of Aquarius, those with this sun sign share the same unabashed yet fiercely community-minded spirit.

Taurus – Ruler of Love, Money, Value and the Earth

Taurus, however, sees the world through a different lens.

As the Zodiac’s only fixed earth sign, its race is slow and steady, it savors the moment and wouldn’t dream of sprinting to the finish (much less diverting the course).

Taurus is overflowing with steady, devotional energy, it has stamina and resilience and enjoys the kind of hard, hard work that ends up feeling so good, it feeds the soul.

And likes it best when things stay pretty much the same as they’ve always been.

So it’s not an understatement to say that this planet and this sign, aren’t the happiest of bedfellows. Their whole approach to life couldn’t be more polarised, so their seven-year party-a-deux looks set to cause an upset or two (or three or four…). In fact, it’s going to be way beyond anything we’re used to.

Here’s what could be on the cards…

Which means that now Uranus has entered stage left onto Taurus’ scene, both personal wealth and the global money markets (did you think the Wall Street Bull was just a happy accident?) are due for something of a shake-up. With unsustainable measures such as quantitive easing (banks literally printing new money) still occurring in order to ease the economic downturns of the last few years, and an uncertain future re: Europe and the common markets, skeptics could say the global financial scene is ripe for revolution.

Who can say (unpredictable is Uranus’ middle name)… but with alternative currencies popping up with ever more frequency, from cryptocurrencies like Bitcoin, to highly localized independent coin and bartering systems (the Totnes Pound in the UK is a well-established currency in the small Devon town) any number of these could take off.

And with ever-increasing digitalization (let’s not forget Uranus rules technology and the internet) could we even be moving closer towards completely cashless societies?

Also the domain of earth-sign Taurus, are the worlds of farming and food.

It’s no secret that the race is on to provide enough food for the 7.5 (and growing) billion people living across the globe, without stripping our planet of her natural resources and irreversibly depleting her topsoil of all its natural minerals. And whilst, as we already know, Taurus doesn’t enjoy any change to the status quo, farming is an area where this sign is going to have to roll with it. Because radial transformation is long overdue, and Uranus is the commander in chief.

And with the inevitable shake-up of our food and agriculture will come (we hope) a renewed concern for the Earth herself. Uranus’ influence though radical and unsettling, are always in service of the highest, collective good, and that centers around our Earth.

Taurus’ deep Mother-Earth connection ripples through our own bodies too (after all, we’re all micro-extensions of her). Which means Uranus in Taurus for the next seven years looks set to re-jig our personal and collective relationships with our physical vessels. The perpetually future-facing gaze of this awakening planet means we’re likely to find ways to improve health, wellbeing using technological means.

But too many quick-fire advances in the realms of health and fitness, farming and finances could cause a backlash, driving many folks back to the embrace of the earth, in search of simpler and more naturally aligned rhythms. Uranus loves to agitate, but Taurus will always hold the safe weave of the earth and her cycles, that it’s in our human nature to turn to.

Can the two combine? The digital innovation and radical progress that Uranus urges us towards, and the rich, harmonizing pull of the dark, soft soil? Maybe the end to this story hasn’t been figured out yet. Maybe you, me, us, maybe we are the ones who get to decide where this journey goes…

But wherever it does, you’d better be ready for change… it’s coming whether you want it or not.