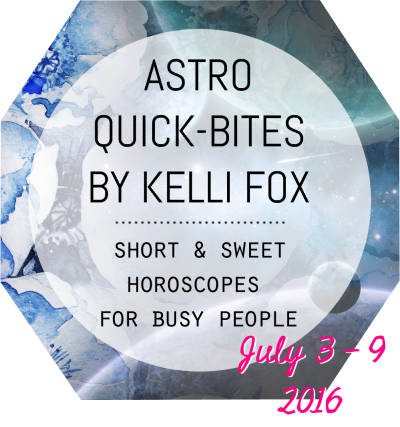 STRAIGHT TO THE POINT:

Many of us will be on the defensive this week as power struggles and personal politics threaten to derail something which has been hard won. However, the New Moon brings plenty of shrewd intelligence – it’s just a question of keeping calm.

Your work-life-family balance is destabilized by someone’s intransigence, much to your frustration. It’s up to you to enforce your priorities, Aries, because nobody else will put your and your family’s needs first.

Study or training at work may become more of a chore than an opportunity this week. Perhaps that’s a wake up call that you may want to look into changing your career direction – you deserve much more than boredom.

Debt and money worries could prove stressful, but there’s a chance this week to take a fresh look at your finances. You’re missing an opportunity to increase your income, perhaps through an under-used creative talent.

The Cancer New Moon loads you up with optimism and a sense of possibilities. It’s a good week for making long term plans and for looking ahead with confidence, but arguments with your partner could mar the tone.

Not one of your more sociable weeks – the New Moon instead encourages you to seek solitude and to enjoy your own company. Watch out for a situation where your lack of organization lands you in hot water.

Networking and teamwork bring you some good results at work, but the powers that be will require answers from you over a risk you took. Lateral thinking and inspired leadership may not be welcomed.

Good career news should boost your confidence this week, courtesy of the New Moon. At home, however, tread gently with a relative who feels short-changed by you and is seeking more attention.

Restlessness makes it difficult for you to concentrate or focus; you’d much rather be breaking out of your rut and doing something different. So what’s stopping you, Scorpio? Don’t allow fear or new ideas to hold you back.

Self help and self improvement efforts get a boost from the New Moon, but don’t look too hard for approval from others. Be your own biggest fan, because criticism from friends and family is likely to sting.

The romantic New Moon casts a rosy glow over the beginning of the week. Patience wears thin later, however, and squabbles over who’s in control of the relationship could turn quite spiteful if left to get out of hand.

It’s a busy working week and you have a lot on your plate. Fortunately, the New Moon boosts your energy levels and helps you to get stuck in. Finding time to yourself may be a struggle though, leaving you tired and a bit jaded.

Playfulness is a key vibe for you this week, Pisces, and the more fun you can have the better. Watch out however for a friend or acquaintance who calls you out for being irresponsible, probably in order to make themselves look good.