The Tower represents upheaval, revolution, disintegration and destruction. This can manifest outwardly in the physical world as the turmoil of war, a violent or painful breakup, getting fired, or any other tumultuous shake-up which threatens survival and a basic sense of security.

Many of us cast an accusatory gaze at the outside world when explosive upheavals occur in our lives. We experience these unexpected shocks as signs of a malevolent God, or look for some one to hold accountable for our sudden misfortune. However, the Tower alludes to a subtler truth about human psychology, most adeptly captured by Carl Jung: “What is not brought to consciousness, comes to us as fate.” That which we do not want to face within ourselves will find a way of making us confront it head on in the external world. If we do not wish to look within and do the necessary introspection and soul-searching, or if we shy away from making a necessary change in life out of fear, habit, addiction or lack of effort, then the situation will come to a head one way or another anyway.

The Tower is the image of that moment. What has long brewing under the surface has finally boiled over, and now it is too late to fix the situation. The silver lining in such a situation is that the individual is finally liberated from an unhealthy pattern of behavior or powerfully unwanted situation that he was long stuck within. This liberation is not a knight in shining armor coming to the rescue, to be sure; the Tower signifies a change which is very likely painful, disruptive and possibly powerfully resented at first.

Yet this explosion is simply the outcome of letting an intolerable situation continue on and on, and so even if the events which now transpire appear horrific or extreme, inwardly the individual probably feels grateful and relieved. On the one hand this relief is because we are released from an oppressive situation, and on the other it is because finally we are afforded the opportunity to be honest about our innermost truth. Finally light has been shone on the elements which were festering beneath the surface, and, ugly as it may be to behold, at least we don’t have to hide anymore.

The Tower is a symbol of the “prison” of our habitual thought patterns, biases, social circles or circumstances, as well as our own material success. The Tower represents the boundaries of the ego that an individual erects for himself for the sake of a sense of security and identity. If you become so intent upon this personal security that you forego your own spiritual or creative expansion and instead incessantly pursue money, or if you are compulsively unwilling to honor your own needs, or the more spiritual dimensions of your inner world, then ultimately your Tower will blow itself apart. This is not meant as a punishment— though it may involve some pain and ugliness. It is a rescue from a trap that you were unwilling or seemingly unable to get yourself out of. The Tower card is the image of the Universe doing for you what you could not do for yourself, even if your unconscious had long been asking for it.

The Tower is ruled by the planet Mars.

The Tower card can represent disaster, emotional turmoil, tantrums, anger, or sudden foundation-rattling changes in your life. You may need to face the truth about a situation or issue that is occurring in your life in order to make positive changes and achieve freedom from the things that might be making you feel enslaved.

When the Tower card is reversed, it can represent secrets or lies that are best kept hidden in your life at the moment. Facing facts during this time may lead to many negative chains of events in your life. 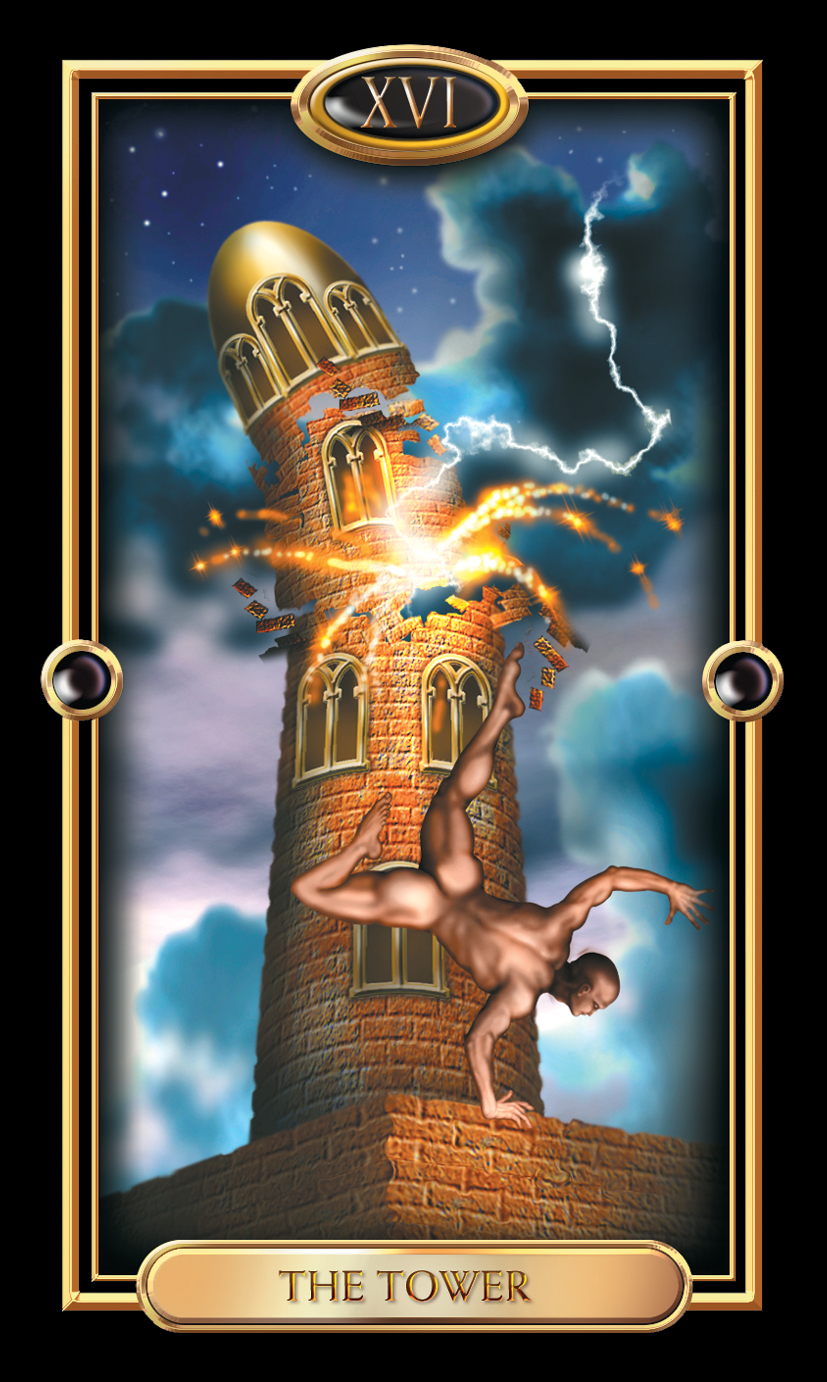 The Tower card can represent a period in life marked by arguments or sudden life changes. You may feel your temper flare or panic begin to rise inside, but do your best to remain calm and rational and do not take what others say too personally. Now is a good time to plan for the future and understand how you would handle yourself if your circumstances changed suddenly.

The Tower card sometimes represents a romantic relationship in your life that is nearing an end. If you feel strongly in the future of your relationship, now is a good time to communicate clearly with your partner and speak honestly about how they might be thinking or feeling. Now is not a good time for assumptions, so doing your best to find truth and clarity will likely be very beneficial to you.

The Tower card signifies a time of being financially conservative and straight forward in your life. This may not be a good time for you to gamble, play the lottery, or make risky investments. If you have been avoiding dealing with certain aspects of your finances, now is a good time to address those things in a straight forward manner.

The Tower card reveals that this is a time to keep a positive attitude in your life and spirituality. Positivity may help you gain new understandings or insights that will come to you suddenly.

Next card: The Star