Do you know your Tarot Birth Card?

Numerology and Tarot are age-old friends, they intimately connected, and when used together, can be powerfully revealing!

Every single card in a Tarot deck is associated with a particular number. From the Lovers to the Tower to the World Card, they all have a numerological equivalent. Most of the time, especially in the major arcana, these numbers are actually written on the cards themselves.

If you’re already familiar with Numerology, you probably understand a little about the power, meaning and symbolism contained in the numbers 1 – 9. Guess what…These same meanings hold true for the cards in a Tarot deck too! So if you already know your Life Path Number (and have a Tarot deck on hand) it’s very easy to work out which Tarot card is most closely aligned with your personal numerology…

But to find out more about how to discover YOUR Tarot Birth Card, simply follow this link…

If you want to read about the other Life Path Numbers and Tarot Birth Cards, click on one of the links below:

Life Path 8 – Strength (or in some decks, this is Justice)

Again, if you’re not sure what your tarot birth card is, read this first!

BUT…This post is a little bit different from the rest of the Tarot Birth Cards because it’s all about the Master Number 22.

Which means there is no Tarot Card 22!

But don’t despair – you still have the energies of the Tarot influencing your Life Path. The most obvious cards to look to are numbers 2, and 4. 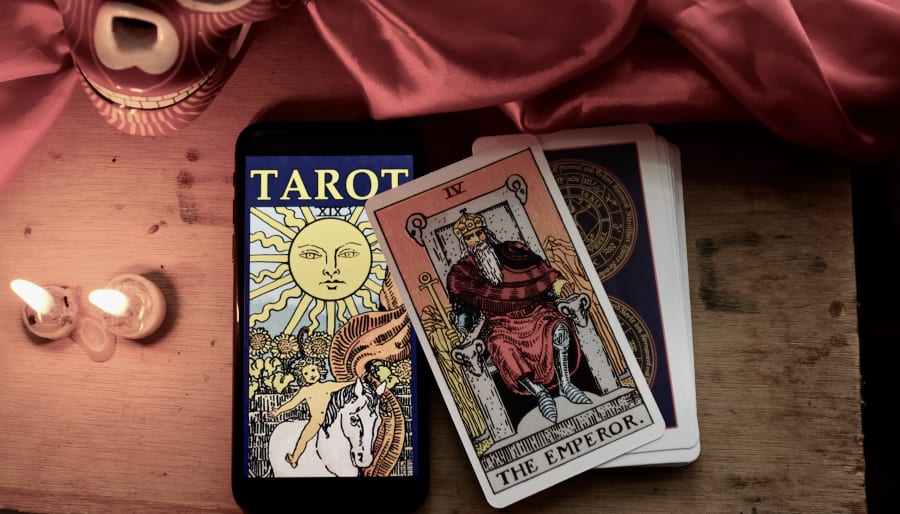 The High Priestess is the psychic of the tarot. Sitting coolly in front of a long, hanging curtain, she is veiled from passers-by and sits as the guardian of mystical realms.

The High Priestess is a person who knows how to tap into higher powers to get beneath the surface of what’s really going on. An expert in her own soul’s calling, she is also able to tune into the frequency and energy of others – something people can find wildly attractive… or just plain spooky. She’ll listen to what you have to say, pause for an awkwardly-long silence, and then get to the heart of what’s really going on, as if by magic.

The Emperor is the Divine Masculine principle in the Tarot, and in life represents the ‘boss‘ figure. A lover of structure, he is hardworking and commanding: a figure of authority ensuring things work just right, projects run on time and everyone does what they’re supposed to.

The Emperor is depicted in the Tarot with a long white beard, representing his wisdom and experience. He sits on a throne decorated with rams’ heads which connects him to his astral ruler: Aries. This sign offers determination, vigor and courage, all traits of the Emperor.

He’s generous too, sharing his resources with friends and family, always looking after those with less. A natural leader, an Emperor is able to establish a strong team around him to get things done.

READ MORE ABOUT THE EMPEROR HERE

STRENGTHS AND CHALLENGES OF MASTER NUMBER 22

If you are walking the Life Path 22, it’s likely that when operating in your highest expressions, you embody qualities of the High Priestess. Yet when challenged, and pushed to express your shadow aspect, these will show up as the lower aspects of the number 4, or the Emperor Card reversed.

Be sure to check out those individual readings to get a more complete picture of what this Master Number means for you.